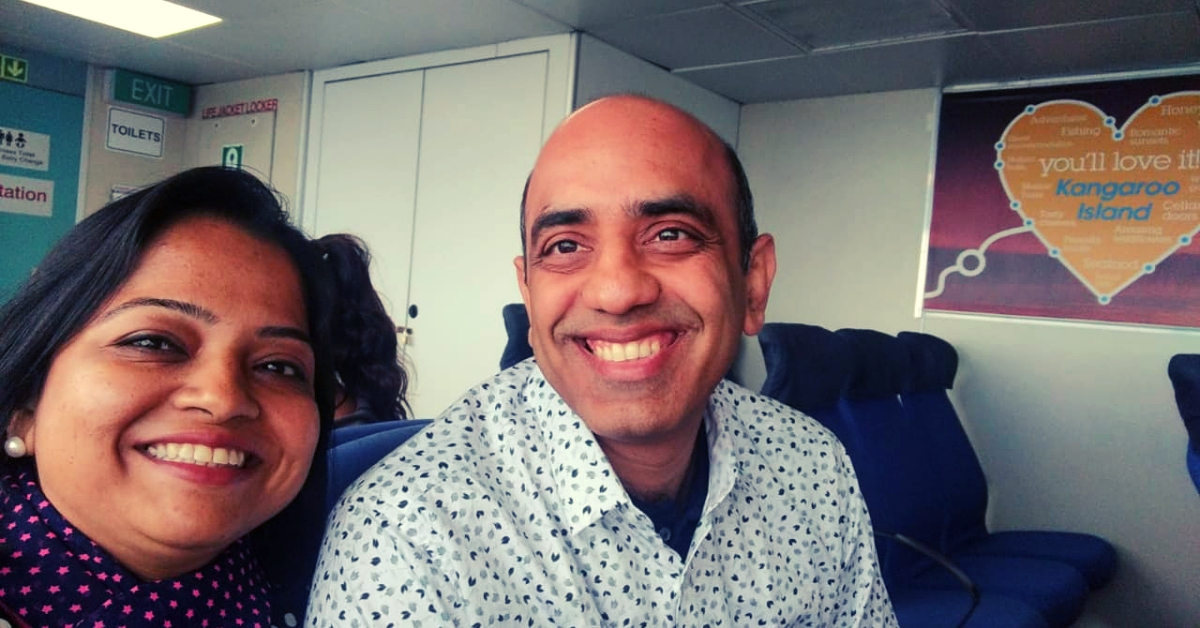 Often considered as second to God, doctors ideally operate within the confines of a well-run medical facility saving thousands of lives daily. However, only a handful of doctors get an opportunity to save a life mid-air with whatever resources are at their disposal.

A doctor-couple from Kalyan in Maharashtra was recently in a similar situation when they answered their call of duty and saved an Australian woman’s life.

Dr Nitin and Dr Neeta Zabak were returning to India from their 13-day trip to Australia on April 11. The duo boarded the Singapore airlines to Singapore that took off from Perth around 9.10 pm. Barely one hour into the flight, the flight attendant made an announcement seeking medical help.

The Australian woman was sitting only a few seats ahead of us when they made the announcement. Even though we were aware of the patient’s condition and the minimum medical care available on flight, my husband and I immediately volunteered to help. It was the most natural thing for us to do.

The 63-year-old woman, identified as Annie, started sweating profusely and even had an involuntary passage of urine. Within no time she fell unconscious.

The first step was to conduct a CPR (Cardiopulmonary Resuscitation) to revive the patient. Though Annie gained consciousness with initial chest compressions, her pulse was still feeble. Inserting the IV line, albeit in a mobile phone’s torchlight, was not very challenging for Dr Neeta.

The doctors also had to consider her health history, “We feared that she may have some heart-related complications. We took care of that and gave her sublingual sorbitrate and 300 mg aspirin that widened her blood vessels and allowed her blood to flow with ease,” adds Dr Neeta.

Since the flight was of a four-and-a-half-hour duration, the doctors monitored her pulse till the flight landed.

Just when the situation was brought under control, the flight captain asked the doctors if an emergency landing at Uluru was needed, “The inflight-equipment were enough to monitor her condition, so we let the flight continue.”

Meanwhile at Changi Airport in Singapore, a medical team was ready to take Annie and her friend to the hospital.The flight arrived at around 2.30 am at the airport.

The couple travelled back to Mumbai on Friday and reached early Saturday. Two days later the doctors received a message from Annie and the airlines informing about Annie’s stable condition.

“The report mentioned Hypoxia, a condition in which the body or a region of the body is deprived of adequate oxygen supply at the tissue level. Due to dehydration Annie lost consciousness,” says Dr Neeta.

For the couple’s exemplary and compassionate efforts, the passengers and cabin crew gave the doctor couple a standing ovation along with a hamper as a token of appreciation.

The Zabaks practice run the City Multicare Hospital in Kalyan. While Dr Nitin is a Laparoscopic Surgeon, Dr Neeta is a child specialist.

Tony Huber, Australian Consulate General in Mumbai lauded the efforts of the Zabaks,

Kudos to Dr Nitin and Dr Neeta Zabak from #Maharashtra who saved the life of an Australian citizen mid-flight by providing emergency assistance, he wrote in a tweet.

The amazing effort of the zabaks have been winning hearts on social media here’s what an impressed netizen had to say:

What a proud moment for India and especially Kalyan. Dr Nitin and Dr Neeta Zabak saved a life. They not only stabilised the woman but also avoided emergency landing.

We, at the The Better India, also salute Dr Neeta and Dr Nitin Zabak for their great humanitarian act.

Also Read: How a Doctor’s Encounter With a Dead Body Has Helped Lakhs of Leprosy Patients