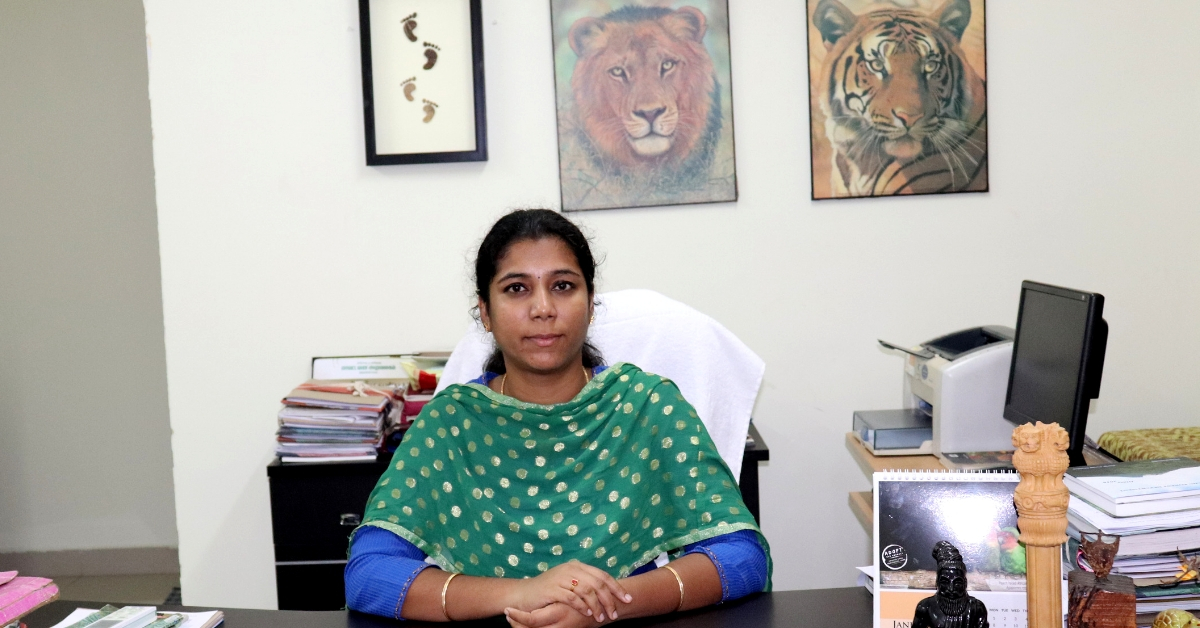 Treepedia’s primary objective is to help farmers with the best-suited plantation techniques and post-plantation care. The app also wants them to know about the plant species that are native to particular areas of Tamil Nadu and guide them into planting more of these, thus decreasing the number of exotic species grown in the state.

For most of us who have lived in the greener parts of India, identifying a few trees and plants might be easy, and yet, when we start to think about it, we hardly know anything about them.

The problem is that when we start growing plants with this inadequate knowledge, they suffer from poor growth, leading us to wonder what went wrong.

Take the example of Tamil Nadu. Farmers and gardening enthusiasts across the state are regularly puzzled with the fact that while some plantations thrive in the state, some wither away.

Well, for such farmers and gardening enthusiasts, Treepedia might be the perfect solution! Developed by IFS officer Sudha Ramen, this app is a one-stop solution to knowledge about flora.

Speaking to The Better India, Ramen who is also an engineer, said, “I got this idea when I was undergoing training in the Indian Forest Service training at Dehradun in 2015. I came from an engineering background, and it was during the training that I got to know about various tree species. I realised that a layman or a farmer would never get the chance to know about several tree species around them. So, I wanted to use mobile technology to reach out the farmers and other user groups and to show them the rich diversity of tree species which might interest them.”

Ramen’s childhood home has a lush garden. She grew up studying under the shade of a mango tree and playing around hibiscus plants, and could identify a few plant species. However, the trees that stood tall around her house were familiar only in appearance but remained unnamed.

Sudha started pursuing a course in Biomedical Engineering, but when she moved from Neyveli to Chennai and later to Dehradun, she realised where her heart truly was. “Somewhere along the way I realised that I wanted to become a forest officer,” she explained to The Hindu.

During her training, her performance reflected how she was on the correct track to utilising her engineering background and passion for wildlife.

“I’m a Biomedical Engineer who had an interest in Environmental Studies, and that is how I got into the Indian Forest Service after cracking the UPSC exams. I got to know the basics of Forestry and Wildlife during my IFS training at IGNFA, Dehradun, and was awarded the Gold medal during the training,” she informs TBI.

Moving on to Treepedia, she explains that its primary objective is to help farmers with the best-suited plantation techniques and post-plantation care. The app also wants them to know about the plant species that are native to particular areas of Tamil Nadu and guide them into planting more of these, thus decreasing the number of exotic species grown in the state.

You may also like: IAS Officer Rescues 50 Girls Who Were Being Sexually Abused in Tamil Nadu Shelter

Speaking to The New Indian Express, she said, “We want to encourage people and interest groups who are keen on undertaking greening initiatives to plant more native species. During cyclone Vardah, large-scale tree felling was reported due to the high percentage of exotic trees. We want to reverse the trend.”

Although anyone can use the app, farmers, who can benefit massively through the knowledge bank app, are the main target. “This app is meant for farmers—to reduce monocropping and offer them more choices—as well as for interest groups, NGOs and anyone interested in gardening. I wanted to encourage the growth of native trees so that they don’t interfere with the ecosystem of the region,” the IFS officer told TH.

“Beneficiaries can use the various facilities available in this application to zero in on the right tree species which will suit their requirement.

Additionally, the app is bilingual as many farmers might not be comfortable using the app in English. “So many trees have common names that differ from region to region. Matching the common names with their scientific names was a major task,” she informed TH.

You may also like: Handicapped For Life, This Unsung Hero Created a ‘Valley For the Disabled’ in Tamil Nadu!

All the hard work that Sudha put in has been worth it because Treepedia, which works smoothly in English and Tamil, is a hit!

“The app has over 10,000 downloads, 240 reviews and a rating of 4.7 stars, which shows how well the users have received this. Inspired by this application, other states like Meghalaya and Chhattisgarh have also come up with similar apps,” says the proud IFS officer.

Monocropping, focusing on non-native species, and planting crops without proper knowledge of soil and climatic conditions, undoubtedly leads to the poor growth of flora. Treepedia promises to be of help to farmers and gardeners who wish to increase greenery in Tamil Nadu, without doing so at the cost of the environment.