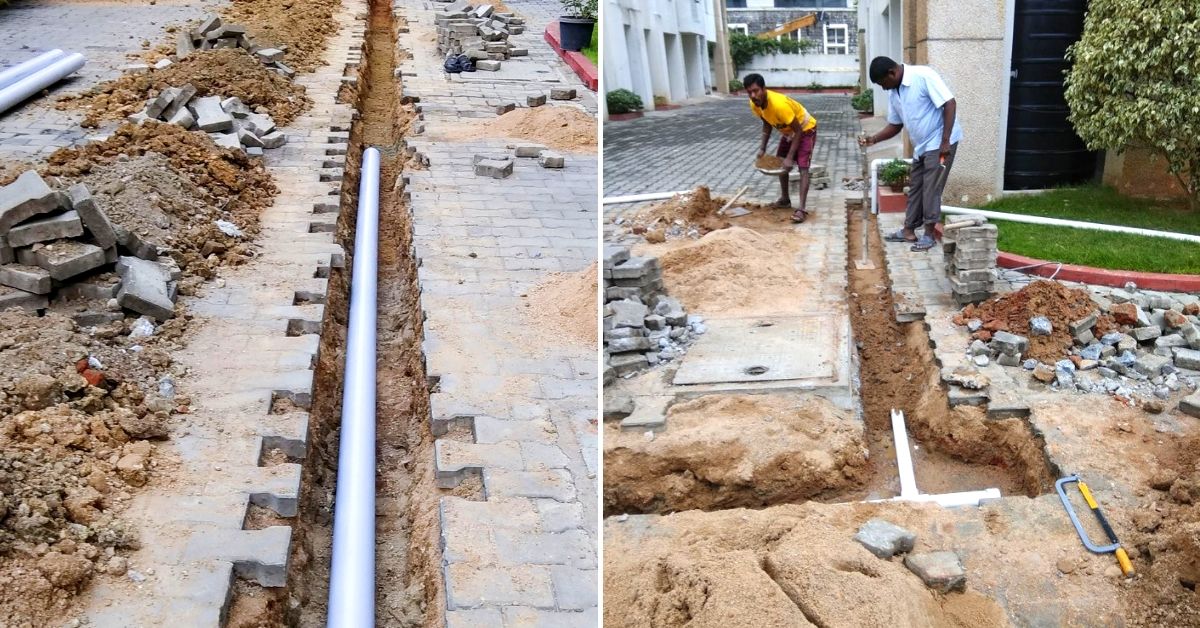 According to the residents, the harvesting facility has considerably reduced their dependence on Chennai Metrowater, and they even put the excess water from the sump to use by letting it out to soak pits using valves.

For the inhabitants of all the 56 apartments of the Sabari Terrace Complex in Sholinganallur, Chennai, it took a year-long effort of planning, designing and implementation, for them to begin harvesting the rainwater collected on their own terraces!

After routing all the accessible terrace tops for the purpose, their efforts came to fruition when the underground sump with a capacity of 1,00,000 litre in their compound filled up following the first showers that hit the city from October 29 to 31.

“Since last November, we’ve been setting up the rainwater harvesting structures in phases. Only last month all the four blocks were connected to the sump. In the three days cumulatively it would’ve rained for three hours. But that was enough to fill our sump,” said the residents’ association secretary Harsha Koda to The Times of India.

Spread across a pipeline network of about 1,500 feet, the layout connects all the terraces to two tanks that have a 3,000-litre capacity each.

While three corners of each terrace are connected to this pipeline network that routes water to the tanks, it is the fourth corner from where the remaining water is directed to restore soak pits and eventually improve the groundwater table.

The tanks, on the other hand, allow any form of solid particles like mud to settle down. Following this, the water is routed to the underground sump and then sent to a treatment plant. After being treated, the water is collected at another sump, from where it is finally directed for use.

The planning behind the entire layout was undertaken by Koda’s wife, Prabha, while the design of the structure was completed under the guidance of Rain Centre. A total of ₹2.5 lakh was spent by the association, of which about ₹50,000 has already been recovered in terms of water savings since last November, shared Koda.

According to the residents, the harvesting facility has considerably reduced their dependence on Chennai Tanker Water, and they even put the excess water from the sump to use by letting it out to soak pits using valves.

While many single households and small residential associations in India are slowly opening up to the idea of rainwater harvesting, the example set by the residents of Sabari Terrace should inspire us all too. Besides giving a respite to the environment, one can also significantly save money too!