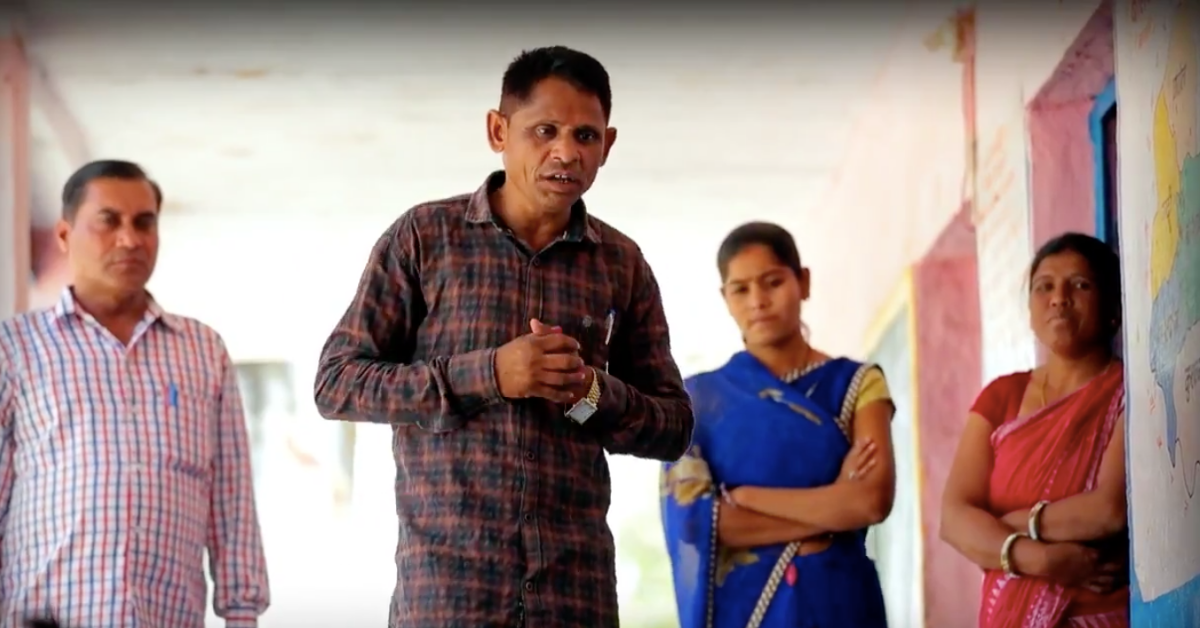 It was not just the construction of these toilets that made him a hero but his patience and perseverance in persuading the villagers, who seemed to be against it.

What are the qualities of a hero?

My answer would be someone who puts the needs of others before their own and works relentlessly to make others’ lives a little better.

In that vein, let me introduce you to a hero – 45-year-old Manilal Rana from Savaniya of Banswada district in Rajasthan.

In 35 days, Manilal and his team of helpers have built 780 toilets in their village. It was not just the construction of these toilets that made him a hero but his patience and perseverance in persuading the villagers, who seemed to be against it.

While some days were difficult, Manilal kept going because of the support he got from some locals and the District Collector.

It was during his trips to cities like Ahmedabad and Mumbai that Manilal discovered that toilets were a given in most households as opposed to his village where it was a regular practice to head to an open space, with a lota (brass pot with water) in their hands each morning.

This sparked a thought in his mind, and he decided to find a way to make his village free from open defecation.

You May Also Like: Medak Collector Gets Into Toilet Pit, Empties Organic Manure with Bare Hands!

In a report published by NDTV SwachhIndia, Manilal speaks about the general mindset of the people in his village and says, “Our forefathers have been defecating in the open, why should we do things any differently? The villagers would also oppose the concept of having a toilet inside the premises of their house stating, ‘We cannot have a kitchen and toilet together.’”

So Manilal and his team of youth volunteers started spreading the message of toilets and the harms of open defecation to the lives of the villagers. They explained how it could lead to the spread of various diseases.

Slowly and steadily, they started seeing a change in the attitude of the villagers. The idea was so well received that there have come to be watch committees that patrol the open fields, dissuading people from open defecation.

A lot of credit goes to this man who took it upon himself to bring about this change. Do watch this video, which encapsulates the work he has done for his village.

It was not easy for Manilal Rana of the Banswada district, #Rajasthan to drive behaviour change across communities. Using innovative techniques to make people realise the importance of #Swachhata did the trick. We salute him for his dedicated service. #SBM pic.twitter.com/UFT5wEr7Cd

To commemorate his work, he was honoured by Prime Minister Modi at the concluding ceremony of #ChaloChamparan on April 10. The initiative marked the centenary celebrations of Mahatma Gandhi’s Champaran Satyagraha and kickstarted the final leg of the Swachh Bharat Abhiyan.