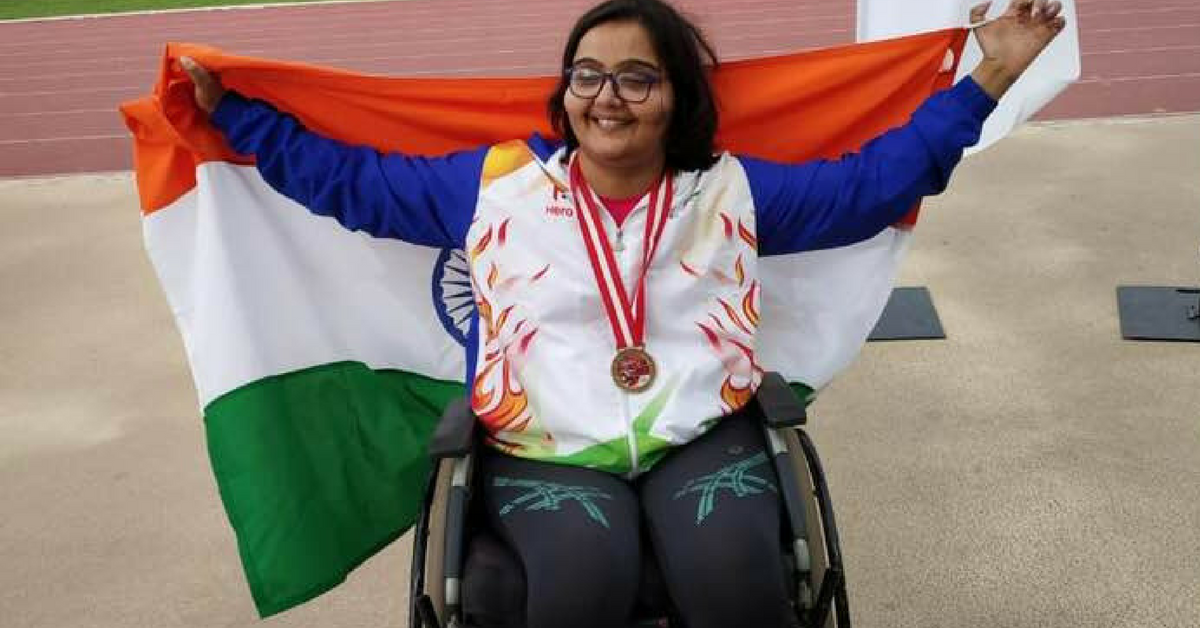 Having met with an unfortunate road accident in 2003, she succumbed to an injury in her spinal cord, which resulted in paralysis of her lower body.

33-year-old Ekta Bhyan, who hails from Haryana has given us all a reason to feel immense pride. With one Gold medal and one Bronze medal at World Para Athletics Grand Prix at Tunisia, 2018, this young lady has brought laurels to India on a global stage.

In this moment of joy, however, it does need to be mentioned that none of the media houses, including this publication, carried the story for over 3 weeks – she won on June 25th – until her brother’s tweets became viral today.

Having met with an unfortunate road accident in 2003, she succumbed to an injury in her spinal cord, which resulted in paralysis of her lower body.

It was her sheer willpower and the desire to stay physically fit that kept her going. With that motto in mind, she started playing sports in 2014.

Ekta also went through two major operations and spent several months in rehabilitation. If anything these have only made her stronger; both mentally and physically.

A turning point for Ekta was meeting Arjun awardee Amit Soroha who motivated and trained her in club throw and discus throw.

Moments after she won at the Para-Athletics Grand Prix, a very jubilant and proud brother, Sanchit Malik, tweeted and asked when media will cover her inspirational story.

My sister Ekta Bhyan has One Gold medal ? and one Bronze medal at World Para Athletics Grand Prix at Tunisia, 2018 .

This is for you, Ekta Bhyan. Respect!