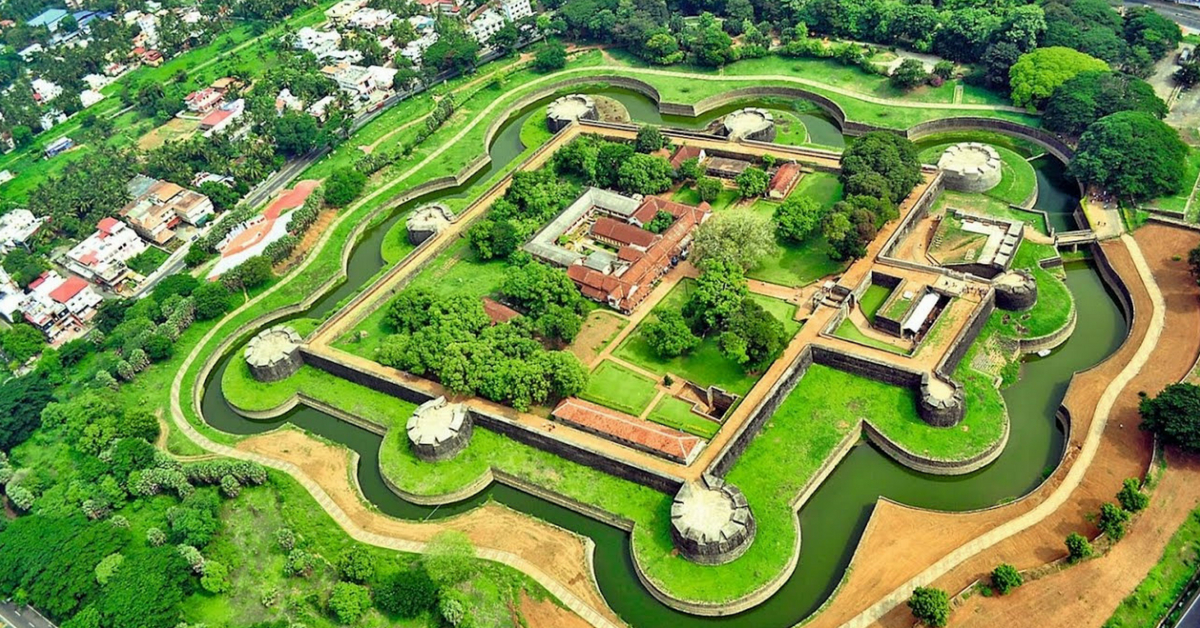 Despite fading away from the public realm, the forts and citadels of Kerala have stood tall through the sands of time and continue to intrigue people with their former days of glory and magnificence.

Beyond the serene backwaters, swaying coconut palms and mouth-watering spread of seafood and rice-flour savouries, there is a lot more to God’s Own Country than most tourist itineraries, and travel packages would have you believe.

For instance, did you know that besides the magnificent Bekal fort in Kasaragod or the fortified city of Thiruvananthapuram, the coastal state has quite a few forts belonging to the 16th century, that once safeguarded kingdoms and empires, but are in complete ruins today?

Besides opening a window into the grandeur of bygone eras, fortresses also allow people to experience time travel (in a metaphorical sense, of course!), and this fascinating quality has captivated not only historians and excavators but also countless travellers from across the world.

Despite fading away from the public realm, the forts and citadels of Kerala have stood tall through the sands of time and continue to intrigue people with their former days of glory and magnificence.

Here are 12 of the lesser-known forts of Kerala that you must definitely visit for the perfect trip back in time:

Overlooking the fishing harbour of the Mappila Bay while being surrounded by sea on three sides, the St Angelo Fort was built by Dom Francisco de Almeida, the first Portuguese Viceroy of India, with the permission of local ruler Ali Rajas in 1505.

The fort passed through the hands of multiple colonial rulers before finally being established as a garrison by the British empire in the late 18th century.

Also known as the Kannur Fort, this gargantuan structure, which offers beautiful panoramic views of the Arabian Seas, is made of laterite stones and is a protected monument under the Archaeological Survey of India (ASI).

Located in the heart of Palakkad, this structure is amongst the best-preserved forts in Southern India and was built under Hyder Ali Khan, the ruler of Mysore Kingdom, in 1766. Also known as Tipu’s Fort, it is believed that a particular form of fortification already existed in the area before Ali constructed the present-day granite fortress.

Interestingly, the control over fort had alternated between Ali’s family and the British before finally falling under the latter’s authority. It is also said that the fort was once captured by the troops of Zamorin for a brief while. Today, the fort houses government offices, a sub-jail, and a small shrine.

Locally known as Ayikotta or Alikotta, the Pallipuram Fort in Ernakulam is the oldest existing European fort in India today and was built by the Portuguese in 1503.

Constructed using laterite, lime, and wood, the fort has a hexagonal structure and is located in the northernmost point of Vypin island. Sadly, the fort is in ruins today, and the area is surrounded by thick vegetation.

Offering a blissful experience of watching the Payaswini river merge into the Arabian Sea, the Chandragiri Fort is a monument site in Kasaragod you mustn’t miss.

The 17th-century structure was constructed by Shivappa Nayaka of Keladi, atop a hill at 150 feet above sea level, following the collapse of the Vijayanagara Empire.

Nayaka is the same man who built the magnificent Bekal Fort. The Chandragiri Fort is a protected site identified by the State Archaeology Department.

An imposing structure with a round bastion, the Hosdurg fort in Kasaragod was built by Somashekara Nayaka from the Keladi Nayaka dynasty of Ikkeri. Only ruins of the fort remain today and situated nearby is an ashram of Swami Nityananda, which comprises a collection of 45 caves.

The lure of pepper and cardamom brought the British East India Company to the coastal town of Thalassery, who called it Tellicherry and established a prominent European trading centre in the town with the intention of ascertaining a stronghold on the Malabar coast.

This called for the fortification of their property, and the fort carrying the moniker of the town came into being in 1708. Built with massive laterite blocks, the square fort still holds an imposing demeanour with its high walls, strong flanking bastions, secret tunnels to the sea, and intricately carved doors. Looking out towards the surf breaking on the reefs is an old lighthouse that still stands on the ramparts.

Situated in the beach town of Thankasseri near Kollam, only a tiny portion of St Thomas Fort survives today. The coastal town is believed to have had thriving trade relations with China, as early as the first millennium CE and the same town later found prominence as a trade port under the colonial rule of the Portuguese, the Dutch, and the British in erstwhile Kerala.

It is believed that Fort Kochi takes its name from the ruined fort that was built by the Portuguese after being granted permission by the royal family of Kochi in 1503.

The colonisers had also erected the St Francis church within the area enclosed by the fort. Also known as Fort Immanuel, the structure was later captured by the Dutch in 1663 and was subsequently taken over by the British by late 18th century after defeating the former. Only little remains of the fort rest on the shores of Fort Kochi today.

In 1523, the Portuguese built a stone fort in the town of Kodungallur in Thrissur and christened it ‘Fortaleza da São Tome’. The fort was later known by many names including Cranganore Fort, Kodungallur Fort and finally, the Kottappuram Fort. Over a century later, the fort came under the custody of the Dutch only to be seized by Tipu Sultan, who was renowned for his destructive exploits and demolished the fort shortly after. Some of its remnants still stand in the rustic town.

Situated in the village of Anchuthengu near Varkala, which means five coconut trees, the fort, which is also known as Anjengo Fort, was built by the British East India Company with the permission of the Queen of Attingal in 1696.

Initially used as a signalling station for the ships, Anchuthengu Fort became the first permanent post of the British on the Malabar coast and encloses a large expanse of land. With a lighthouse nearby, you can climb up to get a bird’s eye view of not only the fort but also the sea.

Currently known as Travancore lines, the Nedumkotta in Thrissur was once a majestic fortification erected by the Dharma Raja Karthika Thirunal, King of Travancore.

The fort was constructed as a security measure against constant attacks and threats from the Zamorins of Kozhikode and also from the destructive invasions by Hyder Ali Khan and Tipu Sultan.

Constructed using clay and mud, with reinforcements using stones, laterite and granite at strategic places, this historic defense line stretched almost 48 km long from the Krishan Kotta on the west coast to Annamalai Hills of the Western Ghats and was even compared to the Great Wall of China. Today, like many other forts in Kerala, only the ruins of Nedumkotta remain, and serve as a testimony of many historic battles and wars.

Constructed by the Dutch East India Company in Thrissur with the permission from the Kochi royals in 1714, the William Fort, also known as Chettuve Kotta, was later occupied by Zamorin of Kozhikode and eventually, Tipu Sultan, who renamed the fortress after himself.

Following which, the control of the fort shuttled between the British Empire, Dutch East India Company, the kingdom of Mysore, Zamorin, as well as kingdom of Kochi before being once again captured by Tipu Sultan, who partially demolished the structure partially. The dilapidated fort is now being conserved by the State Archeological Department.