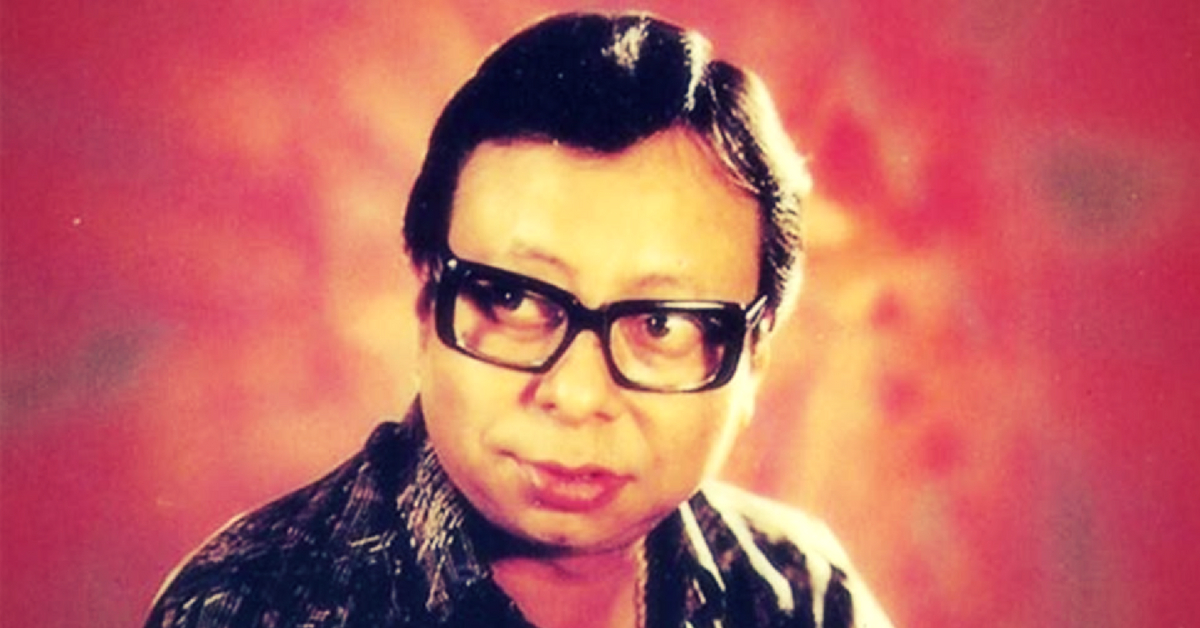 Despite his phenomenal body of work, this musical genius went on to win only three Filmfare Awards for Best Music Director. #RememberingALegend #RDBurman #BirthAnniversary

In the pantheon of legendary Indian film composers, Rahul Dev Burman stands apart. Even though it’s been two and a half decades since RD Burman (aka Pancham) has passed away, his music continues to captivate the imagination of musicians and music aficionados to this day.

The sheer breadth of his music, allied with a unique ability to not only make folk and classical music accessible to the modern listener, but present them in an original, yet contemporary manner for young listeners was, and remains, a game changer.

It has clearly influenced the modern masters of mainstream film scores like AR Rahman, Amit Trivedi, Vishal Bharadwaj, and Shankar, Ehsaan and Loy.

The melodies and harmonies he composed continue to captivate listeners even today. Although his music is steeped in a certain social context, it speaks to different generations.

A lot of it is down to his remarkable rhythms, which was a hallmark of his music, and the different themes he embraced. His rhythms steeped in African drums, bass guitar, acoustic guitar, madal, shakers, bongo and tabla, among other instruments, are irresistible. Those rhythms brought the school and college-going crowd in the 1960s and 70s into Hindi film music.

Unlike popular Western musicians, Indian film score composers have to not just work with other musicians, but directors and lyricists as well.

Thus, the themes associated with a lot of Pancham-produced songs are also down to lyrics written by the likes of Gulzar, vocal performances from immortal playback singers like Asha Bhonsle, Kishore Kumar and Bhupinder Singh, and even plot lines carved out by filmmakers of yore like Ramesh Sippy, Ramesh Behl and Nasir Hussain.

What Pancham did remarkably well, especially in his peak years, is to bring all these facets seamlessly together to compose music that remains eternal.

His first big break was the 1966 film ‘Teesri Manzil’ starring Shammi Kapoor, which had smash hits like ‘Sona re Sona’, ‘O Hasina Zulfo Wali’ and ‘Aajaa Aajaa’. The rest, as they say, is history.

“Since Pancham, there hasn’t been another school of music that has come to invade. There isn’t a new amalgam, for example, a new genesis of a new kind of music like Pancham created way back in the mid-60s,” says Gautam Rajadhyaksha, a renowned photographer and music connoisseur in the 2008 documentary ‘Pancham Unmixed’.

Many fans of RD Burman have not watched many of those movies, but can instantly recognise the songs by their distinct percussive elements and sublime melodies. In fact, according to some listeners, they can identify a Pancham song just by listening purely to the rhythm section.

However, there are five distinct reasons why RD Burman stands head and above the rest:

It’s often said that true genius lies in simplicity. No one embodied that spirit better than Pancham. There were incredibly intense and complex compositions like ‘Chingari Koi Bhadke’ from the super hit 1970 classic ‘Amar Prem’.

However, there were also songs like ‘Ek Ladki Ko Dekha Toh Aisa Laga’ from the film ‘1942: A Love Story’, which consists of one melody that repeats right through the song.

As the legendary lyricist Javed Akhtar once said:

“A certain minimal quality is what you’ll find only in the masters and only those artists who are totally self-confident. There is no room for desperation or fear. That’s all one needs.”

Using the human voice as an instrument

Some legendary composers of modern music consider the human voice as the best, most ideal and most magnificent instrument. Long before the advent of autotune and other recording technology, Pancham was doing some remarkable things with the human voice.

What made Pancham such an innovative producer is that he never limited vocal performances to just traditional singing. Songs like the immortal ‘Duniya Mein Logon Ko’ from the 1972 film ‘Apna Desh’ were game changers with RD’s unusual voice and unique rendering.

What puts RD above and beyond everyone else is his ability to amalgamate genres from all over the world into his music.

Pancham’s mastery of classical music is well known, but he also religiously inculcated elements from rock, funk, jazz, disco, afrobeat, folk and a myriad of Latin American music forms into his songs for mainstream cinema and private albums.

Nowhere was this more apparent than in the 1975 Bollywood classic Sholay, where he composed and sang the immortal ‘Mehbooba Mehbooba’. From a composition standpoint, it was yet another example of innovation and discovering sounds from everyday life.

In the initial rhythm segment of the song, what you’re hearing is musicians blowing rhythmically into half-filled beer bottles. Subsequently, you hear the Iranian santoor, but different from its traditional tone. Finally, you get to Pancham’s voice, and those distinct accentuated vocals come through.

However, beyond individual songs, jazz music would a strong influence on his vocal delivery as a whole. Inspired by Jazz legend Louis Armstrong, Pancham developed his own distinct vocal delivery, according to film journalist Chaitanya Padukone in his book ‘R.D. Burmania’ (Panchamemoirs).

“He was fascinated by Louis [Armstrong] and didn’t want to be stereotyped as a conventional playback singer,” says Padukone. “He used to say: ‘Meri Awaaz Ki Koi Pehchaan Honi Chaahiye (my voice should have its own identity)’.”

Pancham fans should also listen to his own album ‘Pantera’, composed with Latin American musicians of the time and imbibed with elements of rock, jazz and funk. Released in 1987, it received good reviews in the West, while Indian audiences weren’t very receptive to it.

However, some of Pancham’s most prolific work was in Bengali, where he wrote, composed and sung compositions released before Durga Puja celebrations. A lot of these Pujo compositions were sung in his natural voice, unlike the stylized singing he usually did for Hindi films. One would require a book to capture the essence of his Bengali compositions.

Bringing the best out of those who worked with him

A fundamental quality of any great composer is his/her ability to enhance and accentuate an artist’s best qualities. In the hit documentary ‘Pancham Unmixed’, singers and fellow session musicians elaborately speak of an absence of ego while making music, despite his obvious gifts.

Receptive to new ideas, treating fellow artists with empathy and respect and constantly seeking inspiration from everyone around – working with Pancham was an exercise in collaborative brilliance.

Legendary singers like Asha Bhonsle, Lata Mangeshkar, Kishore Kumar, Mohammad Rafi and Bhopinder sang some of their most memorable songs with Pancham’s music backing them up.

And of course, there are the lyricists, whose words Pancham brought to life in his music. His partnership with the likes of Gulzar (Parichay, Ijaazat) and Anand Bakshi (Amar Prem) is the stuff of legends.

Reclaiming his mantle when the chips were down

Except for a few classic film scores, the 1980s and early 1990s were particularly difficult for RD Burman. Times had changed. Despite his legendary status, Pancham was unable to find much work in the film industry.

Other music directors had come into the picture, ways of getting work had changed, and the music in demand wasn’t the same anymore.

His inability to find work had significantly affected his self-confidence, health and happiness.

There was one particularly humiliating experience with director Subhash Ghai, who had initially signed him up for ‘Ram Lakhan’ but later dropped him in favour of Laxmikant-Pyarelal. What had particularly angered Pancham was the lack of respect Ghai showed in not even informing him that he had been dropped.

All that changed with ‘1942: A Love Story’, in which Pancham reclaimed his mantle as one of the greatest film score producers India has ever seen.

It reminded the film industry of Pancham’s enduring genius and doubled up as the perfect riposte to anyone who thought he would fade away. The film had some of his best melodies in years, and it was a major box office success.

Unfortunately, he passed away days after the music for the film had released on January 4, 1994, at the age of 54. He left this earth on top of his game.

His music lives on in the hearts of millions. Anyone who is making music today in mainstream Indian cinema owes a debt of gratitude to RD Burman, whether they know it or not.