Nearly forty two years ago, on April 19, 1975, a group of 50 Indian scientists and technicians from ISRO gathered at the Soviet satellite launch complex in Kapustin Yar (near the Russian city of Volgograd) to watch an Intercosmos rocket blast off into space. This significant ISRO presence at the Soviet facility had a very special reason — the rocket was India’s first ever indigenous satellite into space.

Named after the famous 5th century astronomer, Aryabhata was a 360 kg small wonder made in the modest ‘tin sheds’ of Peenya (in Bengaluru) whose launch kick-started an incredible space journey that has seen India send a satellite to Mars! Yet few Indians know about the legendary space scientist behind this landmark satellite.

Here’s the little-known story of Udupi Ramachandra Rao, ex-ISRO chief and the man who worked tirelessly for decades to develop a strong space programme for India. Born on March 10,1932 to Lakshminarayana Acharya and Krishnaveni Amma in Adamaru (near Udupi) in Karnataka, Rao spent his childhood in the village. After completing his schooling, he earned his BSc from Madras University in 1952. Two years later, he completed his MSc in Physics from the Banaras Hindu University in 1954.

In 1960, Rao completed his PhD from the Gujrat University under the guidance of a man who would go on to be widely regarded as the father of India’s space programme — Dr. Vikram Sarabhai. Following this, he started working as a Faculty Member at the Massachusetts Institute of Technology (MIT) and later became an Assistant Professor at the University of Texas.

In 1966, Rao returned to India and took up the post of a professor at Ahmedabad’s Physical Research Laboratory. It was here that the talented cosmic ray scientist became the first person to establish the continuous nature of the solar wind and its effect on geomagnetism using Mariner 2 observations.

By this time, Sarabhai (Rao’s doctoral guide and later boss at ISRO) had already started laying the milestones in India’s space odyssey. Under his tutelage, on 21 November 1963, India’s first rocket launch had taken place in the sleepy Kerala villagee of Thumba,announcing the birth of the modern space age in the country.

In 1972, Sarabhai tasked Rao — the only Indian then who had worked on NASA’s Pioneer and Explorer satellite projects — with building an indigenous Indian satellite. Understanding the significance of this, the dedicated scientist got to work with characteristic focus and determination.

Rao didn’t have a place to build a satellite or the people who knew how to do it. That meant that the Indian team would have to learn all the technology from scratch. Undaunted, he went to the Indian Institute of Science (IISc) director and asked for a few young students who were willing to take up this challenge. His request was accepted and he began training the youngsters.

Step by step, Rao and his team went about learning and building technology, from thermal control systems to communication instruments.

And the exemplary effort paid off when Aryabhata took its final shape in early 1975, built within in an incredible time frame of 30 months. 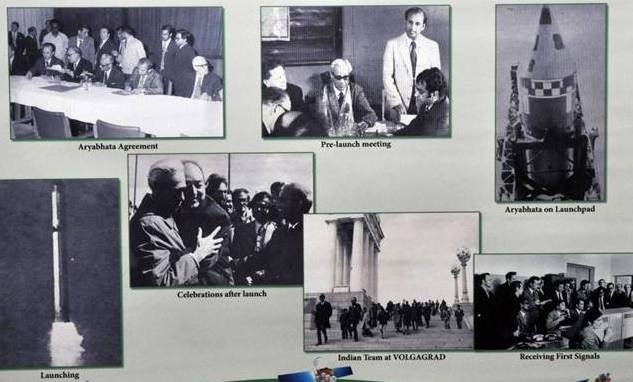 The then-Prime Minister, Indira Gandhi, also came down to see the assembled satellite that had been built under the aegis of an Indo-Soviet Satellite Project (the Soviet had offered the Indian satellite a free launch on its rockets). On April 19, the satellite was launched into space from the Volgograd spaceport at Kapustin-Yar.

Costing around Rs. 3.5 crore, Aryabhata was built as a 26-sided polyhedron that was about 1.4 metres wide. It had three payloads for conducting experiments in X-ray astronomy, aeronomy and solar physics, with the instruments comin from Tata Institute of Fundamental Research (TIFR) and Physical Research Laboratory (PRL).

Though the experimental spacecraft did not last its design life of six months in space, it did put India’s plan to build its own satellites solidly on track. Since then, the country’s space capability has come a long way, moving into highly sophisticated spacecrafts, and even buildin satellites for international customers.

Interestingly, the old Rs. 2 bank note used in the Indian of the 1970s carried an image of Aryabhata on one side! 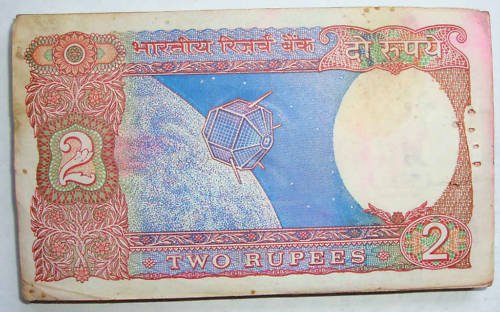 In the years that followed Aryabhata’s historic launch, Rao went on to become the first director of what is now called ISRO Satellite Centre (ISAC). He was responsible for 18 early satellites including the landmark Bhaskara (I and II), APPLE, INSAT and the Indian Remote Sensing (IRS) satellites.

In 1984, Dr. Rao succeeded Satish Dhawan as ISRO Chairman and Secretary, Department of Space. Under his commendable leadership, India successfully launched the ASLV rocket and built the fully operational PSLV launch vehicle, which is capable of launching 2.0 tonne class of satellites into the polar orbit.

The ISRO website also credits him with accelerating the development of the geostationary launch vehicle GSLV and the development of cryogenic technology in 1991. As the chairman of Advisory Committee on Space Sciences (ADCOS), he made crucial contributions to the Chandrayaan-1 lunar mission of 2008; the Mars Orbiter Mission of 2013; and the upcoming Chandrayaan-2 set for 2018.

All of these were and are programmes that have cemented India’s place among the global superpowers of space technology. In fact, at ISRO, there has not been a single planetary mission that has not been touched by this visionary! Even more important was the impact these projects had on bettering the lives of ordinary Indians. For instance, the IRS satellites are bringing about a revolution in India, from assessing crop yield and predicting pestilence to determining extent of snow-melt in the Himalayan range and helping fishermen locate the best areas to fish in the sea. INSAT, on the other hand, has helped provide telecommunication links to the remotest corners of India.

Rao himself was particularly proud of project that had led to satellite-enabled streaming of family planning and health programs (among other series) to government-provided satellite TVs.

“There are very remote areas in Orissa where people went to magicians instead of doctors. But we found that after seeing the programs, they were going to the doctors as well as the magicians. We made a step forward.”

He is the first and only Indian to be inducted into the prestigious Satellite Hall of Fame, Washington in 2013 by the Society of Satellite Professionals International. Honoured by numerous national and international awards, the legendary scientist was also decorated by the Padma Bhushan in 1976 and the Padma Vibhushan in January 2017.

The legendary scientist passed way on July 24, 2017, at the age of 85, finally bringing down the curtain on the starry era of India’s pioneering space troika of Vikram Sarabhai, Satish Dhawan and Udupi Ramachandran Rao. A workaholic till the very end, he had remained active in his office at Antariksh Bhavan until about two weeks before his demise.