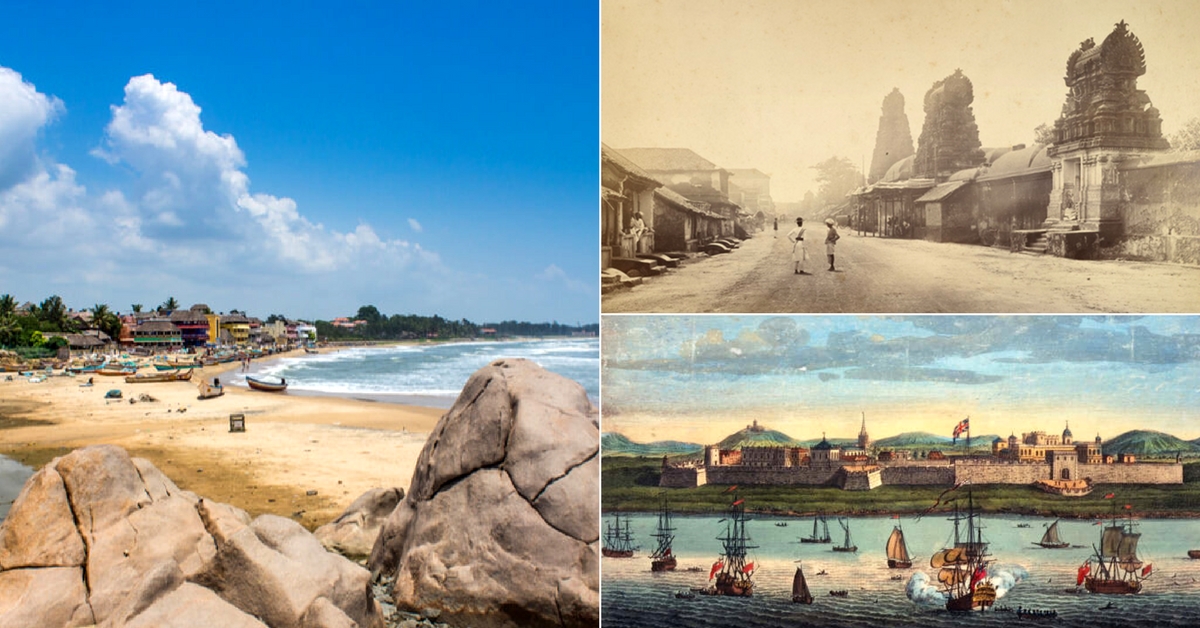 The Coromandel has a fascinating past of which little is discussed or even known. Here’s the little-known story of how the coast got its name.

Long before the Silk Road became the famous trading system it is today, the great blue expanse of the Indian Ocean was awash with commerce. Intrepid explorers and merchants would travel thousands of miles to India’s incredibly long coastline, not just to exchange goods and ideas, but also forming important cultural bonds.

However, while much has been said and written about the flourishing spice trade of the Malabar coast, the Coromandel coast also has a fascinating past of which little is discussed or even known. It is a history involving an ancient dynasty, a clash of colonial powers and a prosperous trade in diamonds.

Here’s the little-known story of how the Coromandel got its name.

Around 300 BC, Alexander the Great invaded the Achaemenid Empire of Persia. With this, the Macedonian king began a series of campaigns that would last ten years and that would lead to him conquering much of the known world, including a part of Punjab in northern India.

While this was happening, a new dynasty in southern India was establishing itself — the Cholas of Tanjore. This ancient Tamil-speaking dynasty of warriors would go on to achieve unmatched glory in creating a maritime empire as far as Suvarnadweepa (Indonesia).

At the height of its power, the Chola empire encompassed some 3.6 million sq. km. This included India’s broad eastern coastline that stretched between Point Calimere (in present-day Tamil Nadu) in the south to Gangam (in present-day Odisha) in the north.

As years passed, traders from European countries began establishing themselves firmly on this coast.

The Portuguese were some of the first on the scene and they were the ones who began calling this region by the Tamil word for ‘Realm Of The Cholas’ or Cholamandalam.

Interestingly, this name also finds mention in the rock inscriptions of Emperor Ashoka, the great temple inscription of Tanjore and on the walls of the temple cities of Tamil country, right up to a final appearance in the year 1279 CE. It was the Britishers who further translated Cholamandalam into Coromandel and started using it to refer to the coast.

As for the person who first coined the word Coromandel, the exact identity remains shrouded in mystery. However, Ludovico di Varthema — a young Italian adventurer from Bologna — may have a good claim.

In 1505, Ludovico had travelled to Nagapattinam, a town in Chola heartland that stood at the mouth of river Kollidam (the southern channel of the Cauvery River). Five years later, he published his book ‘Itinerario’ in Rome.

Full of detailed descriptions of India’s eastern coastline (or the Coromandel), it sold out quickly and led to the coast becoming a prime target for Portugal’s maritime rivals: the Dutch, Danes, French and English. Until then, the Portuguese had successfully guarded the secrets of navigation to this coast.

As such, in 1609, the Dutch East Indies Company captured the Portuguese fort at Pulicat, a coastal town on the edge of the Pulicat lagoon (Asia’s second-largest brackish water lagoon).

Dutch trading ships on the Coromandel Coast Circa 1680

They then transformed it into the Coromandel headquarters of the company, from where they managed a flourishing trade in diamonds, gunpowder and fine spices. In 1690, the Dutch East Indies shifted its administrative stronghold from Pulicat to Nagapattinam, which remained under their control until 1781, when it fell to the East India Company.

Interestingly, a seaside town in New Zealand’s North Island is named Coromandel Harbour after HMS Coromandel. A ship of the British Royal Navy, it stopped at the town in 1820 to purchase kauri spars and was itself named after India’s Coromandel Coast.

Even more, interestingly, there is another theory about how the coast got its name. According to local folklore, it is believed that the first Dutch ship to India stopped at Karimanal (an island village to the north of Pulicat). The sailors aboard the ship spelt the village’s name as ‘Corimondal’ and the name stuck thereafter!

Also Read: An Awesome History Of The Lost Indian City That Traded With Romans