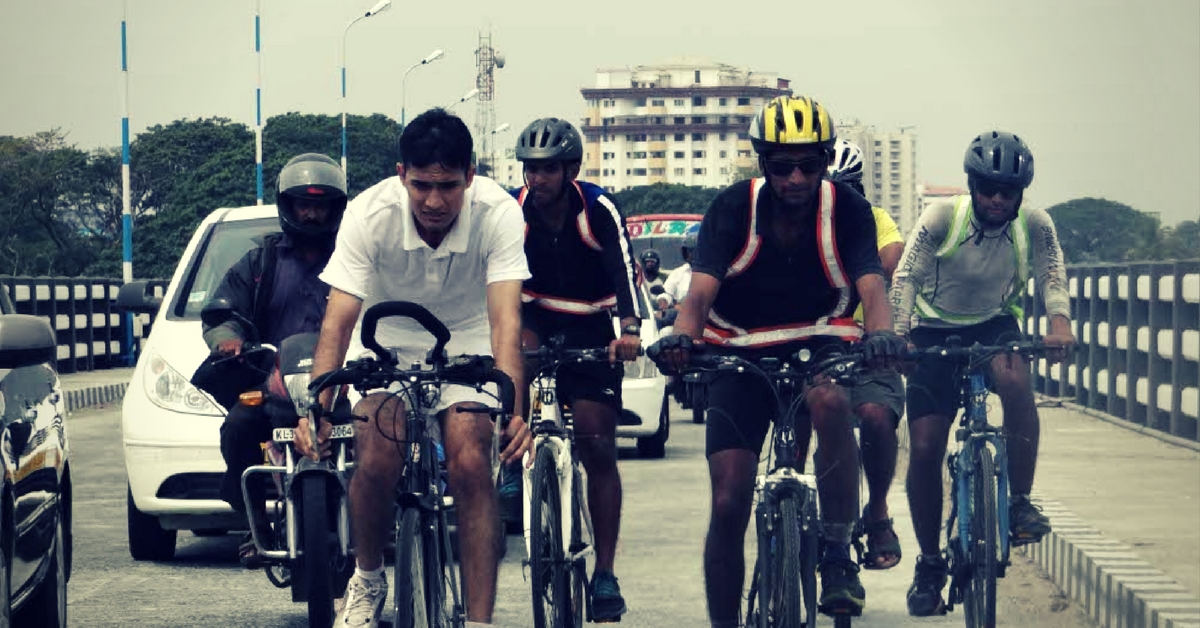 With growing traffic congestion and air pollution concerns, the market for bicycle-sharing apps in urban India is set to grow.

Earlier this week, Chinese bicycle sharing platform Ofo, launched its operations in India. The Beijing-based startup is a major global player and is spread across 250 cities in 20 countries with over 200 million users. Last July, the company received funding worth $700 million from Alibaba, Hony Capital and CITIC Private Equity.

Ofo has already signed a memorandum of understanding (MoU) with the Pune Municipal Corporation, and the company hopes to establish bicycle networks across the city, and eventually, expand into other major Indian cities, according to Mint.

“We are delighted to partner with the city of Pune. We wish to improve its quality of life in the city by providing a healthier, quicker, and greener alternative to motor vehicles. Our mission is to solve the ‘last mile’ transportation problem in India’s urban areas, and we see immense potential in Pune for Ofo’s convenient, affordable and low carbon way of travel,” Rajarshi Sahai, a senior official at Ofo, said in a statement last week while announcing the tie-up with Pune Municipal Corporation.

With a growing emphasis on air pollution mitigation, reduction in traffic congestion, and healthy living in major Indian cities, the market for bike-sharing apps will only grow. Here are a few bicycle-sharing ventures that are already operating in the Indian market.

India’s very own cab aggregator Ola launched its first bicycle sharing service called Ola Pedal last month. This venture aims to offer last-mile connectivity for students and working professionals in the vicinity of major college campuses, tech parks and other major institutions, where the “distances (are) not far, but too far to walk,” according to the company.

“Made in India, these are App based Smart Cycles with GPS enabled locks, making them safe and secure once you are done riding,” says the company’s official blog. “Which means you can reserve the nearest cycle through the app, ride to your nearby destination and drop it off where you want.”

The company had already launched the venture on a pilot basis at the IIT-Kanpur campus. In the 1000-acre campus, Ola issued 600 bicycles that were available at docking stations on campus.

Students could book a cycle on the app and within seconds receive a code, which they could use to avail of the bicycle service. For the first 30 minutes, no charges were applied, but beyond this stipulated time, Rs 5 was charged every half an hour. Reports indicate that the company is looking to expand into other campuses, business parks, etc.

Zoomcar, the self-driving car rental company, began its own bicycle sharing service called PEDL in Bangalore, Chennai, and Kolkata in October 2017. “Zoomcar had put 3,000 custom-made bicycles on the road, which make four-five trips a day. PEDL charges Rs 10 for half an hour and is targeting a cycle fleet of 10,000 in the short term,” reports VCCircle.

What is the aim of this venture?

“PEDL will primarily serve local use cases such as grocery shopping and last mile commuting. PEDL was designed to complement Zoomcar’s existing car sharing business through serving an additional part of the personal transportation stack,” the company said.

Akin to other bike-sharing apps, customers can unlock these cycles using a QR code. Also, the bike-sharing service is equipped with real-time GPS tracking, solar battery charging and built-in alarms. Payment is made via mobile wallet PayTM, and the customer can drop the cycle at any PEDL location.

Based out of Gurgaon, Mobycy is India’s first dock-less bicycle sharing app, or as the company says an “Uber for bicycles.” Launched last month, the firm has already received seed funding of $500,000 from angel investors in the United States.

Read also: Soon You Can Book a Bicycle in Bengaluru, Just Like an App-Based Cab

“Mobycy has a fleet of 5000 Smart Bikes, which are enabled with IoT locks and GPS tracking, and hence, can be operated without docks or stations for parking. Users can just download the Mobycy app, find the bikes in the vicinity, unlock the bikes with QR Codes and upon completion, park the bikes safely in the vicinity—with the only exception of gated communities, private compounds etc.,” says The Newsminute in its short profile of the company.

With every ride approximately Re 1 per hour or less, the company also offers a monthly plan of Rs 99 for 2 hourly rides. “Users can sign up on the Mobycy app with Aadhaar identification and pay a security deposit of Rs 999, which is refundable. The security deposit for students is Rs 499,” says the Economic Times.

Over the next six months, the plan is to increase the fleet of bicycles across the Delhi-NCR region and Chandigarh. These bikes are reportedly available across popular hang-out spots, college campuses, metro stations.

Late last year, this Bangalore-based startup launched an IoT-based bicycle sharing venture to resolve last-mile connectivity concerns. Co-founded by Amit Gupta, RK Misra, Naveen Dachuri and Hemant Gupta, Yulu is an app through which one can rent ‘dockless’ bicycles. Implementing a QR code system, everything incorporates a digital modus operandi. A rider will be charged for every 30 minutes of use and at the end of the ride, he or she will be billed by Yulu, which one can pay through a digital wallet. Yulu aims to “de-congest urban traffic by providing a scalable, affordable, efficient and clean solution for the first mile, last mile and short distance commute”.

“An advance low energy protocol of Bluetooth and GPS makes it dockless, thereby giving freedom to Yulu users to pick and drop our bicycles anywhere under the sun. Unlike Uber, where a car comes to the users, one just needs to locate the nearest available bicycle and walk towards it,” said Amit Gupta to YourStory, a digital news platform.

FreMo is a Thane-based cycle sharing project, which was launched in 2009. The name is an acronym for ‘Freedom to Move.’ It aims to provide “cheap, healthy, and fast first and last-mile connectivity for residents with simple gearless bikes,” says The Hindu.

With the necessary identity documents, one can apply for this service, which allows users to take a take a bicycle (and helmets, keypads, and bags) from one location and drop them at another. They have various membership plans, depending on the usage. Every FreMo member is entitled to a personal accident assurance of Rs 5 lakh. Ridership, however, has remained stagnant.