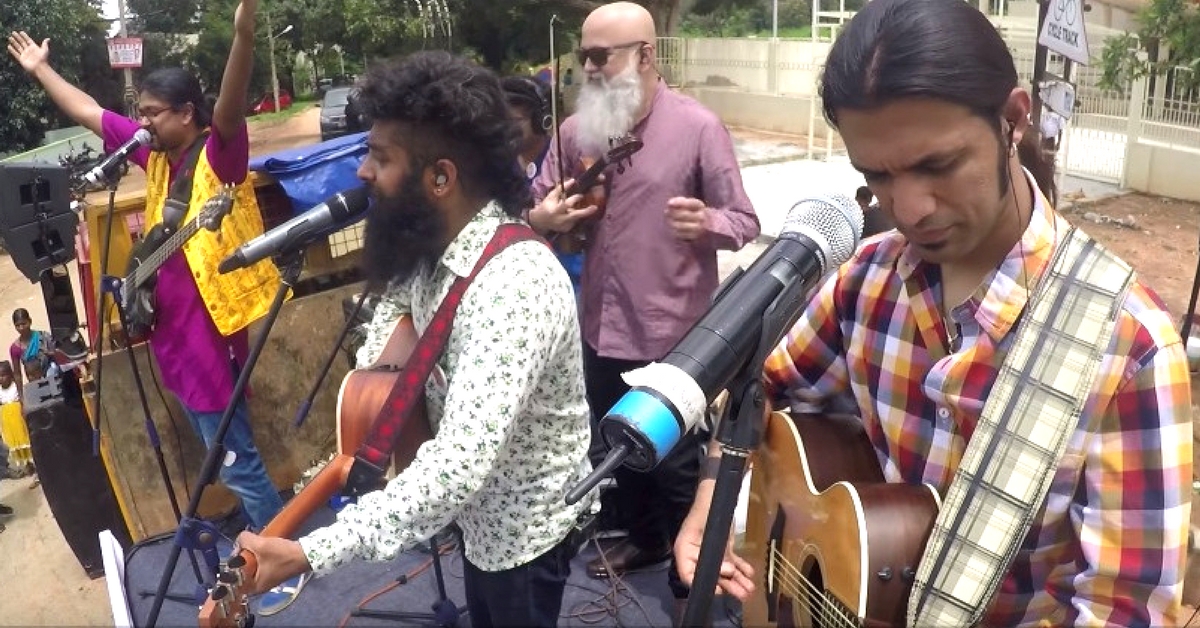 When the band members found out about what the Bengaluru-based NGO does, the two decided to collaborate in some way.

The folks at ‘Let’s Be The Change’ NGO in Bengaluru call themselves a bridge connection between the BBMP and the average citizen. The city is infamous for its recurring black spots, often ignored by the locals.

However, the NGO has vowed to fix that through their regular ‘spot fixes’, where they beautify the black spots in Bengaluru by painting them and installing benches. In their mission, they involve residents as well as the BBMP to rid the city of its dirt.

The NGO was started by Anirudh Dutt in 2013, and has successfully organised hundreds of cleanliness drives, awareness programmes and regular spot fixes.

In the past, the NGO’s young volunteers have often attended Benguluru-based Indian fusion band Swarathma’s shows whenever they’ve performed in the city. While interacting with them after their show, the band members found out about what the NGO does and the two decided to collaborate in some way.

Swarathma has often performed at places one wouldn’t expect to see a live music show. From blind schools, alzheimer’s centers to small villages, the members feel their most memorable gigs have come from playing at such places.

So, when the NGO planned a cleanliness drive last month, along came a great opportunity for the band to appreciate the people who were doing so much for the city. Every member of Let’s Be The Change had decided to clean 70 black spots in Bengaluru.

The band created a mobile stage so they could travel from one spot to another, encouraging the volunteers through their music.

“Performing for them was a very special moment for us. Residents, volunteers and municipal workers came together for a cause and we felt great to have contributed to that cause through our music,” Jishnu Dasgupta, bassist of Swarathma, told The Better India.

The band released a zestful video of their ‘musical cleanathon’ in the streets of Bengaluru, where they can be seen lifting the spirits of the volunteers as they beautify the city.

Jishnu and the bandmates want to keep doing this in the future and be able to make music a part of the cause, which they say is much more fulfilling than performing at festivals or pubs.