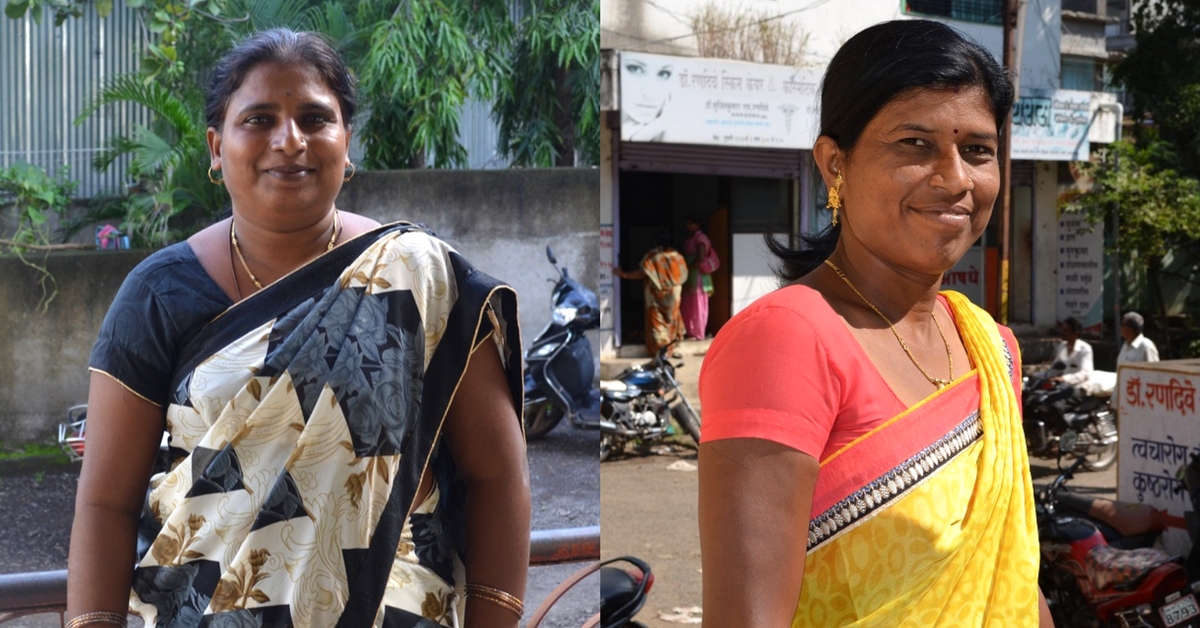 They had never met before but their journeys were very similar. Meet the two women leaders who started off small, and now help other women become self-sufficient.

Godavari Dange was married off when she was 15 years old. She had two kids, and while they were still very young, she lost her husband to an accident.

For a year, there seemed to be no hope for her future. She only left her house when it was absolutely necessary, or not at all. She had only studied till class 7, and couldn’t sustain herself either. What was she to do?

Like Godavari, Kamal Kumbhar too was limited to just household chores. With the way her life was going, it seemed like she would be a farm labourer all her life.

The two had never met before. However, what both Godavari and Kamal did not know at that time was how similar their journeys were going to be.

Godavari lived in one of the most climate threatened regions of Maharashtra. It was there that she became a part of a women’s self-help group by Swayam Shikshan Prayog (SSP). Here, she received the training that would change her life.

Through her constant interaction with other women, Godavari gained a lot of insight.

From learning how to speak, farm and acquiring leadership skills, she was soon mobilising other women in various SHGs. From health, nutrition and sanitation to livelihoods – she gained expertise on several issues.

Godavari recounts how in the drought-hit districts of Maharashtra, they saw people living like animals, with nothing to eat and no way to sustain themselves. Severe drought had hit in the Marathwada region in 2012 to 2015.

As a solution to combat the crisis, Godavari mobilised thousands of women farmers to come together and grow vegetables and food crops to improve food security.

A year later, she founded the first women’s federation to work on the development of women’s economic and leadership skills. Today, the federation has more than 5,000 members.

Kamal, on the other hand, began with a small business of selling bangles. She too changed her life by joining the green energy and climate network of SSP. At first, she began with a clean energy business, the success of which enabled her to buy land and expand her farm from 1 to 5 acres.

And this was not the only business she succeeded in. She now has several agri-allied and renewable energy businesses and has lit up over 3,000 homes with solar-powered devices.

Today, the 37-year-old is a mentor to 5,000 rural women and helps them start small businesses.

Recently, SSP was the only organisation from India to receive the Equator Award 2017. They were among 15 other winners from different countries to get the award. To receive it, they sent Godavari and Kamal to the UN General Assembly in New York.

The organisation received this award for its climate-resilient farming model, which makes agriculture viable for marginal farming households through various innovative practices.

Godavari was ecstatic to be in New York to receive the award.

“It’s a very big award, and I’m very happy that we have been able to make farming possible in a drought-hit area. It’s all because of the women that we were able to do it,” Godavari told The Better India.

You can find out more about the organisation here.