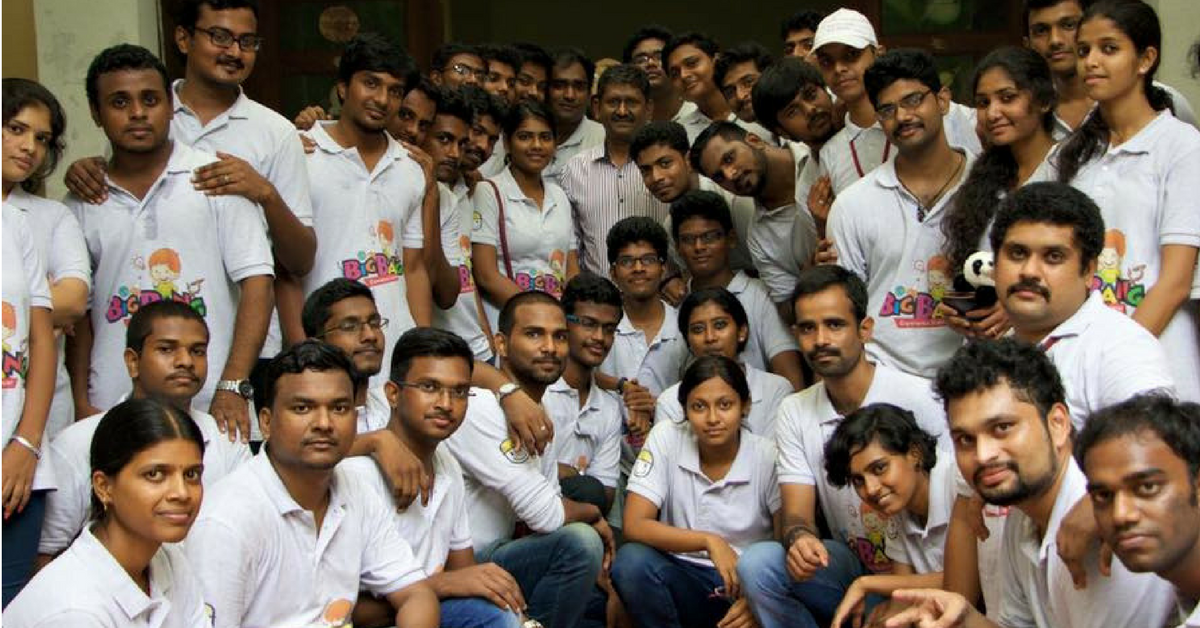 “It was during my stint in the U.S. that I realised that while I remembered the theoretical concepts, and had the requisite marks, my knowledge and sense of application of many theories were nearly non-existent.”

How many of us still feel the jitters when thinking about Trigonometry? Ask any engineer about Fourier transforms, and Laplace transforms, and it is highly probable that you will see a pained look on their face.

To change this is the mission of Premanand Sethurajan, Founder-Director of Let’s Make Engineering Simple.

By founding this organisation, he aims to make science accessible and understandable to everyone. He says everything in life has a science behind it if you look closely.

“The buildings around us conform to the laws of trigonometry – if one can simplify and exemplify concepts, the students can grasp and retain even the most abstract of theory.”

Prem belongs to a village called Thinaikulam, in Tamil Nadu. Having completed his basic school education from his village, he went on to pursue engineering, like most students in his vintage.

Speaking to The Better India, Prem says, “I studied electronic engineering and went on to work in HCL. That was my first job.”

His journey continued, and he moved to the United States where he was working in the aviation and aerospace industry for several years.

Working with some of the best companies meant rubbing shoulders with the world’s best engineering minds, and that made Prem realise that the shortcomings of his education and the education system in India.

“It was during my stint in the U.S. that I realised that while I remembered the theoretical concepts, and had the requisite marks, my knowledge and sense of application of many theories were nearly non-existent.”

In India, he says, we study for the marks rather than to gain knowledge. The applicability of knowledge, however, was where Indian engineers had issues. He realised that one needed to make science interesting and relatable to real life and that led to the creation of a YouTube channel called – Let’s Make Engineering Simple.

“On August 19, 2014, I published the first video on YouTube which was based on Bernoulli’s principle, something that all engineering students are familiar with in theory but not in practice. I demonstrated this principle with the help of a bottle of deodorant.”

The likes, comments, and shares that this video got encouraged Prem to take the channel further.

Interestingly, for many who aspire to migrate to the U.S., Prem was living the American dream.

However, after a lot of deliberation, passion prevailed, and Prem decided to move back to India to work in the education space.

“For me, this decision was not something I arrived at overnight. I had been thinking about it for almost a year when I decided to move back finally. It took a while to convince my parents. No one was able to understand immediately why I would give everything I had in the U.S. up for teaching.”

Eventually, Prem’s father became his support. Prem says, “My father was confident of my educational qualification. He would always say ‘go ahead and live your dreams’, in case you feel you aren’t making progress you always have your education, and that will get you a steady job again.”

The key objective of LMES is to make the students and teachers understand how to apply every scientific concept and principle that they learn and teach.

Speaking about the importance of good educators, he says, “When I was in grade 12, I had a teacher by the name Peter Paul Sahayaraj. It was his passion in teaching physics that instilled in me the enthusiasm to learn. When I was unable to understand concepts, he would break it down and explain it in a very simple manner.”

What started off as a single man’s passion has today resulted in the opening of the LMES academy. LMES has worked with 63 schools so far and has reached around 7,500 students.

The target students are the secondary level students and college-goers. Social media platforms like YouTube and Facebook have played a very important role in his growth.

Prem says, “Even though only a very small segment of the students have full access to the Internet, social media platforms are a great way to reach many. LMES has about 1,50,000 subscribers, and most of them are students who are looking for new content and teachers who want to make a change in their teaching methodology.”

Feeling the impact that their work is doing is what motivates team LMES. “Everyday we get many e-mails from students and even teachers thanking us for what we are doing.”