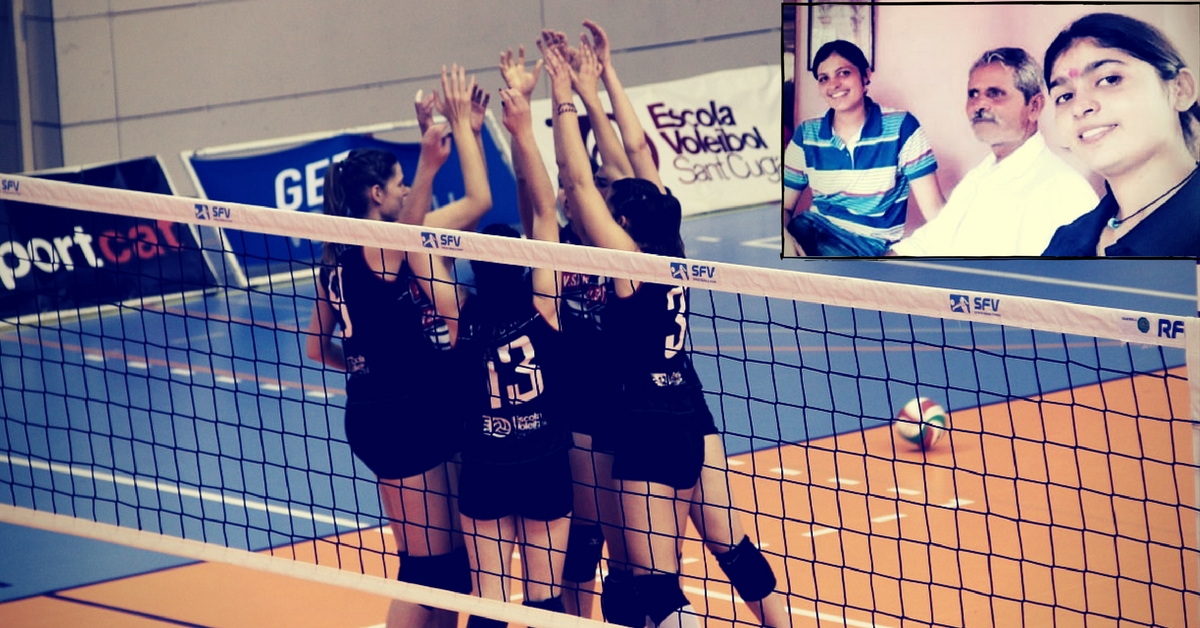 Sarakhdi village in Gujarat is one such place that stands testament to how sportswomen and their coaches can change the attitude of the village towards women’s participation in sports.

Films like Mary Kom and Dangal have been known to highlight the issues concerning our athletes and sports people, when they choose to take up a sport that is not cricket. But, equally important is the issue of how a society undergoes a transformation when one of its members goes against the accepted norm and manages to achieve success. They’re no longer chastising her for the alleged transgression, but celebrating her success, since she has brought pride to the village.

Sarakhdi village in Gujarat is one such place that stands testament to how sportswomen and their coaches can change the attitude of the village towards women’s participation in sports.

When 19-year-old Chetna Vala recently returned from the BRICS game in China after heading India’s Under-20s volleyball team, she was given a hero’s welcome at the Sarakhdi village. Similar to the Phogat sisters’ story, her elder sister Kinjal had achieved the same feat two years ago, reports TOI. Even her other two sisters have represented Gujarat at National Level Tournaments.

It does not take a genius to point out why they are loved by their fellow residents of the village. On the whole, they have won 7 gold, 7 silver, 12 bronze and 24 National Awards in volleyball. The resulting fame has catapulted this village of 4,000 people into fame. Till date, it has sent 100 players to national and international tournaments. Even people from across the state come to this village to train. Such is the reputation of the village in women’s volleyball.

You may also like: Meet the Wrestler Who Said No to Dangal and Yes to the National Championship

It was not always like this, remembers coach Varjang Vala. “A number of conservative families even had objections to the shorts worn for the game. Being an agrarian society, most people did not even have proper shoes. But when the girls started winning in championships, the attitude changed,” she says.

It seems even in the early 1980s there were lot of women actively participating in volleyball. But, only in 1988 following the patronage of the local government school and coach Varjang’s efforts did women start making a mark in the sport at state, national and international level. In the process, breaking myths and gender stereotypes.

Today, the Vala sisters’ father Meramansinh Vala, supports them in every way he can.

“It’s all thanks to the culture of volleyball that we have developed here. I have seen and played with my sister Kinjal and learnt a lot. Credit also goes to my father who did his best to give wings to our dreams,” said Chetna to TOI.

This story of Sarakhdi village in Gujarat adds to the long list of examples of how sports can indeed bring a transformation in culture and attitude.