As NEET Aspirants in Kerala Took the Test, Waiting Parents Found Unexpected Respite in a Mosque Members of the Vadi Huda Trust made a quick decision to help when they saw a large crowd of tired parents languishing in the heat.

There was nothing uncommon about the Sunday morning that Muhammad Navas was enjoying along with his friends. He had just offered his prayers at a local mosque in Aluva, Kerala but just as he stepped out, he found himself in the midst of an unusually large crowd right outside.

Turns out the crowd largely comprised harried parents who were waiting outside the Sivagiri School where their wards were appearing for the National Eligibility and Entrance Test (NEET).

Muhammad realised that the people in the crowd were tired and decided to help out. 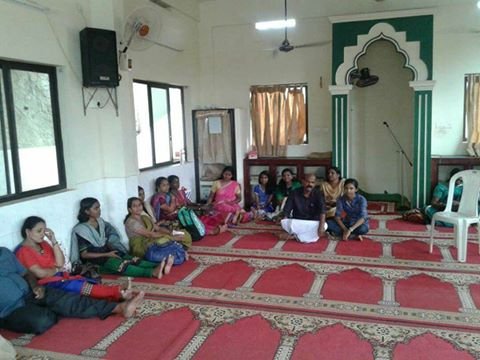 As it happens, Mohammad is also the secretary of Vadi Huda Trust, the foundation that runs the mosque. Along with other patrons, he quickly decided that the mosque will be thrown open to everyone waiting outside. The Vadi Huda Trust team enlisted the help of some locals and made sure that the parents were comfortable while their children took the exams.

They convinced a local tea shop owner to open his stall in spite of the the fact he had shut shop on account of it being Sunday. Additionally they bought filtered water and made refreshing drinks for those waiting. Parents also found shelter from the heat inside the mosque till their children had completed the exam.

You may also like: TBI Blogs: The First Indian to Get a Perfect GRE Score Under the New Format Shares Some Tricks to Ace Exams

An account of this incident has been shared by Yousuf Pulappatta Vynippadath on Facebook (written in Malayalam). People have commended the empathy shown by those running the mosque for helping those in need and showing that humanity is a lesson that can be learnt at any age.