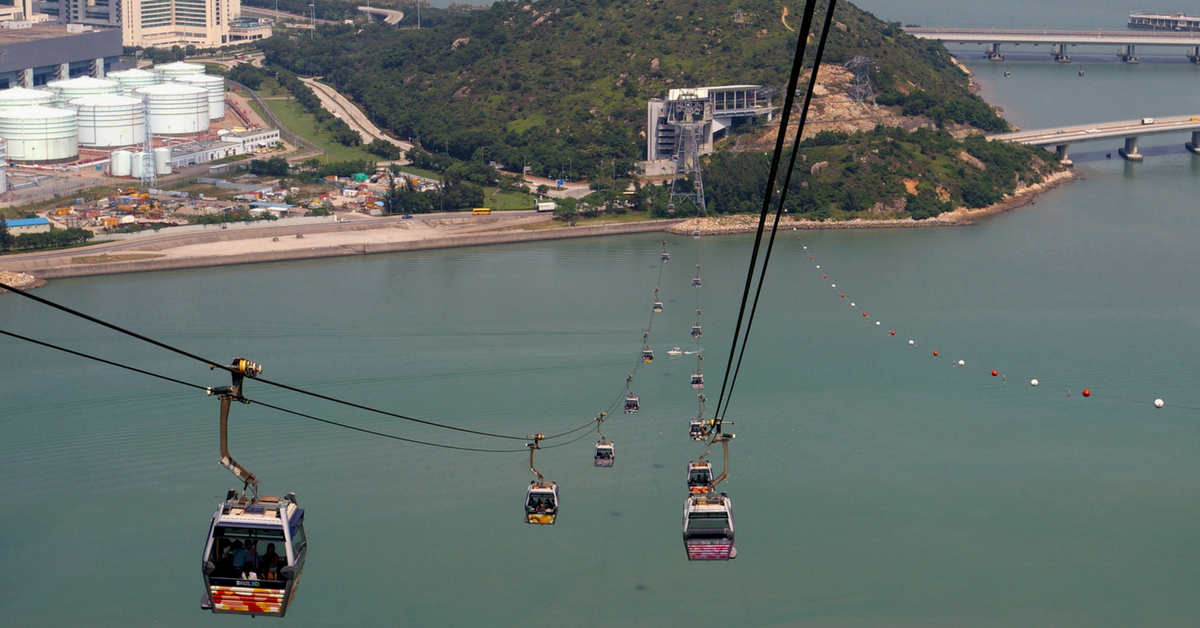 The ride will likely take 40 minutes, via a 20-seater cable car that will have a transit station midway.

Ropeways have always been cool!

Not only do they cut the distance pretty short, helping you commute from one place to another, the view from above is also as awesome as the mechanism.

So, more awesome is the news that India will soon have its longest ropeway over sea that will connect Mumbai with the famous Elephanta Island situated in the Arabian Sea.

With the starting point being Sewri in the eastern cost of Mumbai to the island in the Raigad district, much famous for the ancient Elephanta Caves, also a UNESCO World Heritage site, the 8 km ropeway will be constructed by the Mumbai Port Trust, officials told Hindustan Times.

Also known as Gharapuri or Pory Island, the island currently is accessible by ferry boats from Mumbai that leave daily from the Gateway of India, taking about an hour to and fro.

“There will be few stops en route and that the cable height, capacity of cars and other technical details are being worked out”, PK Sinha, Mumbai Port Trust deputy chief engineer told Hindustan Times.

He also mentioned that the project will be India’s first ropeway that will be constructed across the sea and it took more than three years for the discussions and planning for the project to actually see the light of the day.

VR Jogalekar, spokesperson for Mumbai Port Trust or MbPT, further told Hindustan Times that the proposed ropeway will offer a magnificent view of mudflats on the east coast, which come alive during the flamingo season, the mangroves and the Mumbai Trans Harbour Link to the north.

According to the MbPT, the ride should approximately take 40 minutes, steering a 20-seater cable car that will have a transit station midway. At present, around 5,000 domestic and foreign tourists visit the island that is sparsely inhabited, with most residents being farmers and fisherfolk.

The island is quite celebrated for its two-day Elephanta Cultural Festival, organised by the Maharashtra Tourism Development Corporation for close to three decades, which sees the best of artists performing. Adding to that, the project will be a major boom for tourism in the region.

Another interesting factor is that tourists can take a toy train from the main jetty that will take them to the base of the hill, a distance of around 600 metres, instead of the steep climb to the complex of caves.

With a pre-bid meeting organised by MbPT last week that was attended by many top conglomerates with technical expertise, the project cost is still under wraps.