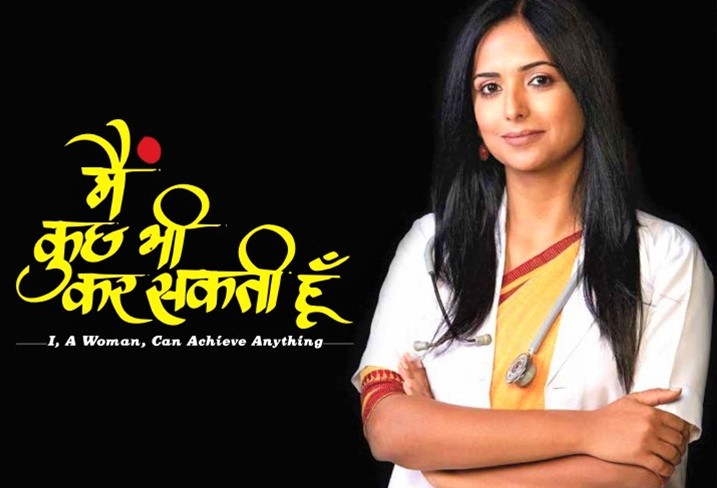 This Monday, Doordarshan announced that its edutainment show, Main Kuch Bhi Kar Sakti Hoon, had set a new record by reaching out to a staggering 400 million viewers, the highest viewership of any show currently on Indian television.

Launched on March 8, 2014, Main Kuch Bhi Kar Sakti Hoon garnered such an overwhelming following within two months that Doordarshan decided to telecast the serial on DD India, reaching out to over 50 countries across the globe.

Its sky-high TRPs also put DD in the third place among all entertainment channels in the given time slot, every Tuesday and Wednesday at 10.30 am on DD India, and every Saturday and Sunday at 7 pm on DD National.

Produced by Population Foundation of India (PFI), with support from Department for International Development (DFID), Main Kuch Bhi Kar Sakti Hoon tells the compelling story of Dr Sneha, a young Indian woman who thrives on challenges. Emotionally torn between professional aspirations and personal commitments, between society and family, this young woman’s struggles and triumphs form the core theme of this remarkable soap opera.

Today, Main Kuch Bhi Kar Sakti Hoon has been translated into 13 languages and aired on 216 AIR stations across the country. After an equally impactful and successful second season on television, the makers are now contemplating a third season of the show that has been endorsed by stars like Farhan Akhtar, Sharmila Tagore and Soha Ali Khan.

You May Like: This Community Radio Programme Encouraged a Father to Support His Daughter’s Education

To increase its outreach in rural India, the producers have also partnered with Gram Vaani (citizen-driven media platform working in rural areas) to launch an Integrated Voice Response System (IVRS). In simple terms, this is a call-back number that helps viewers participate in discussions, give their suggestions and share their personal stories. Till date, over 2,00,000 calls have been received from viewers eager to share their thoughts, experiences and suggestions.

Mumbai-based theatre and film director and the creative force behind the show, Feroz Abbas Khan says, “I have directed this serial with great passion as the cause is close to my heart and it is fantastic to see the serial being viewed by people across the globe. My team has also gone all out to ensure that the serial resonates with the people. So, it motivates all of us immensely when we hear a girl from Kashmir say that the character of Dr Sneha Mathur has inspired her to be a police officer.”

However, the impact of the show goes beyond just viewership numbers. The Health Ministry’s recently launched Saathiya Resource Kit (specially designed to help address queries of adolescents, especially in villages, on reproductive and sexual health, substance abuse and mental health among other issues concerning their age) has been inspired from the way the show addressed the issue of sex education in Season 2.

For instance, to address sensitive issues under reproductive health, the show-makers created a game show (called Kishor Ka Shor) within the series where participants would share their problems with peer educators. This idea was replicated in the Saathiya initiative. In fact, the kit has six films that were part of the show and even the name ‘Saathiya’ was suggested by the show-makers.

This careful, easily relatable and well-researched approach has emerged as the key to the show’s success. Interestingly, the show is itself inspired from South Africa’s longest running edutainment programme, Soul City, that mirrors the social and development challenges faced by poor communities everywhere.

Other than bringing about a change in the attitudes of its audience, Main Kuch Bhi Kar Sakti Hu
has also encouraged countless women across India to empower themselves. Inspired by Dr. Sneha (the show’s protagonist played by actress Meinal Vaishnav), Ladkunwar Khushwaha from Bundelkhand became the first girl from her village in to go to college.

In Bairiya village in Bihar, women have been inspired by the show to create a support group that meets every week to discuss issues like domestic violence, sanitation and education. Over 400 similar support groups, called Sneha Clubs (consisting of various stakeholders like school teachers, educators, ASHAs, and NGO representatives), have been established by PFI and their partner NGOs across Bihar and Madhya Pradesh.

Main Kuch Bhi Kar Sakti Hoon today is more than just a trans-media development communications initiative. It is a call for women to stand up for their rights to complete their education, marry at the right age, space and use contraception to plan their families, and for men to be responsible towards the health of their families and accept that women too, can achieve anything they want.

The spectacular success of Main Kuch Bhi Kar Sakti Hoon is a case in point that education through entertainment is one of the most successful ways of bringing about a positive change in the attitudes of people around difficult social norms. People have grown to trust the powerful messages of this very popular programme.

This fact, coupled with Doordarshan’s phenomenal penetration in rural India, leaves little doubt that this show can be a game-changer in the field of media-based social action.