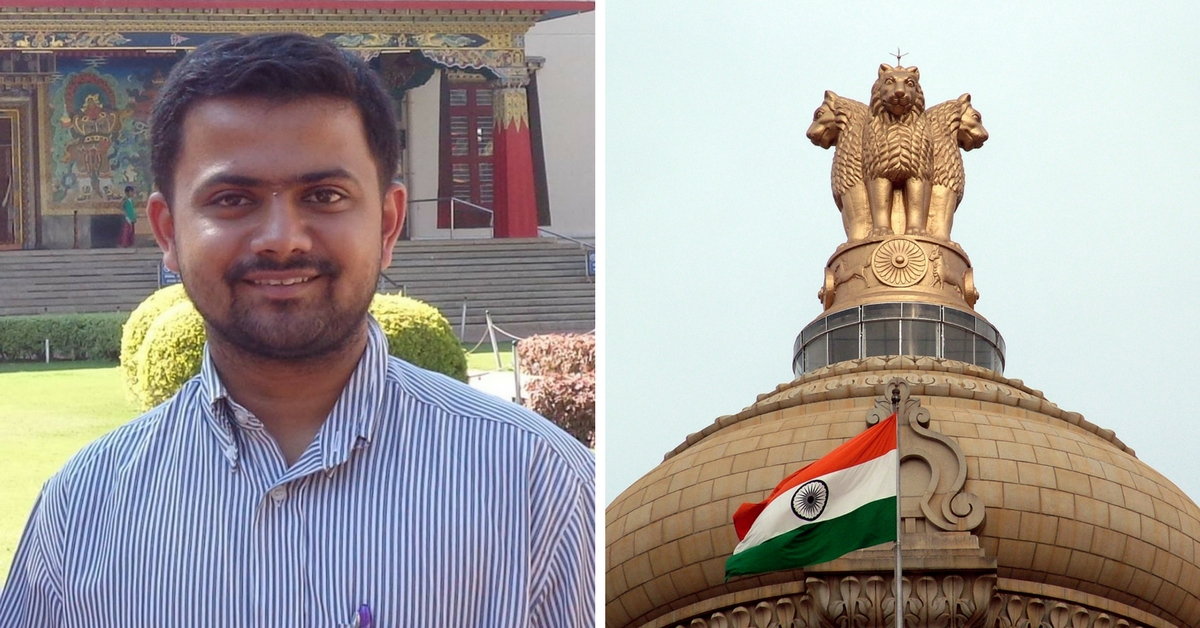 Meet Akshara Damle, a young man who is changing the country one policy at a time. Damle, and others like him, are using the system to ensure that their ideas are being heard and implemented.

Almost every citizen of India has, at one point or the other, wished that the government policies of the country would change. We all have lived through good and bad moves by our governments, commented on them, and suggested better ideas amongst ourselves. But what very few know is that the government is obliged to take these suggestions seriously—if they are conveyed in the right way.

Meet Akshara Damle, a man who has been working in this very direction. This policy analyst from MYParliament told us some completely mind-blowing facts about how he has been influencing the government in order to change existing policies – and how we can too!

“Policy analysts are think tanks,” says Akshara. “Whenever the government makes a new policy, it puts it out in the open to receive feedback from people, which many are unaware of. While people can give their opinion on the policy, we analysts conduct an in-depth study of it from a holistic perspective. It is painstaking, but it does pay off for the larger good.”

Being a policy analyst takes a lot of subject knowledge, willingness to work, and double the patience, but feedback from people is a vital requisite for policy to be implemented in India, an aspect often neglected. “We are doing our bit to change this, and to do justice to the ideals of democracy,” Akshara reflects.

The Fields Of Analysis Thus Far

Akshara is a student of psychology and a full-time counsellor. He is a policy analyst by interest, and a good one at that. He has worked on air pollution control policies of Delhi, which was a huge venture. But he says that the analysis that he is the proudest of is the recent one he made on the skill development policy of India.

There are several more, and Akshara says that he feels proud to play a small part in bringing about the change that everyone wishes to see. He urges everyone he meets to do the same, and his zest for monitoring the administration of India is contagious.

As mentioned, Akshara is also a psychologist. One might assume from his bio-data that he is a typical “civics freak” who studies government affairs all day long. While that is true up to a point, there are many other things Akshara makes time for. He is a columnist, runs a news website, and has studied Carnatic music. He says that he is a big fan of cultural shows, and makes time for them whenever there is one.

But most of all, he is the National Executive Member of MYParliament, an institution that is actively creating aware politicians for the future. Akshara travels around his state as well as the country, spreading the word about the importance of catching good politicians young.

Working Towards A Bright Future For Our Nation

Akshara has a positive vision for India. He says that the people of India can change the law and policies in the country—not by strikes or force, but through logical feedback. Any government will receive and appreciate well-researched and reasonable suggestions given by the people of India.

We do not make this effort, probably because most of us are not even aware of these opportunities; however, we later blame the government for their missteps. Instead, Akshara recommends taking some time to read potential policies on government websites and sharing feedback, and the policy makers will take it into consideration.

Most of us might find this kind of task boring. But Akshara says that it is immensely satisfying as one gets to play a role in bringing about large-scale changes in society. His work is well-appreciated, and he also spends his time with major political leaders. Best of all, he is as productive and happy as any young adult could be.

Akshara is a success story because he took a path that was relatively unknown to many, and carved a fulfilling and satisfactory career from it. He is doing a commendable job in spreading the word about this incredible aspect of democracy. His words inspire many students to take a step in the same direction, and Akshara answers all the questions they may have.

There is a famous quote by Mahatma Gandhi, “Be the change you want to see in the world”. Akshara and others like him embody these words through their lives and efforts.