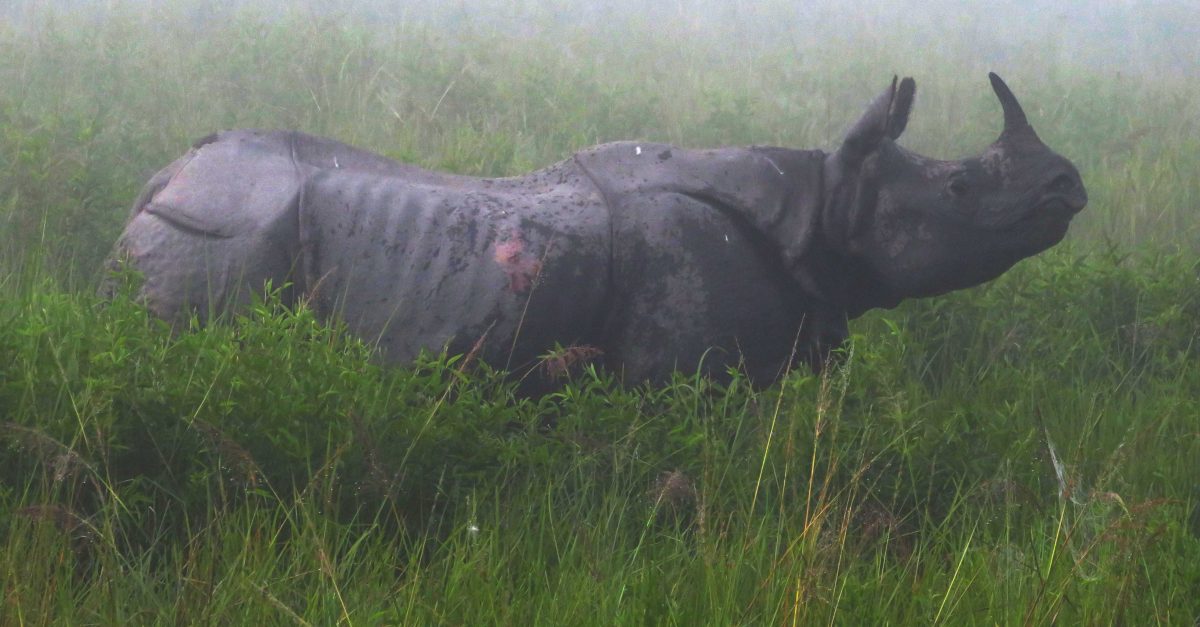 Elrhino is a social enterprise to save rhinos and provide livelihood to the local community.
Promotion

A father-daughter duo, Mahesh Chandra Bora and Nisha Bora, are running a successful enterprise in Assam to rebuild the bond between man and animal – using poop. Rahul Karanpuriya explores further.

Assam has 80 % of the world’s one-horned rhinos, but unfortunately, the number of rhinos is dropping drastically. While climate change and rampant deforestation are some of the major reasons, human insensitivity is another. When rhinos stray into agricultural fields, farmers attack them to protect their crops. Then there is the notorious business of trading rhino horns, which are sold in the international markets for anywhere between Rs. 40 lakh and Rs. 70 lakh per kilogramme.

In 2009, Mahesh Chandra Bora, a native of Guwahati, was commuting between Guwahati and Delhi when he came across an article about a woman using elephant poop to make paper in Rajasthan. Fascinated, he went to visit her and learn the craft. When he returned home, he wondered if he could do the same in Assam with rhinoceros poop. After all, Assam had many more rhinos than Rajasthan had elephants. Thus, he established Elrhino.

“Our goal is to connect the wellbeing of these endangered animals with the welfare of local communities, effectively deterring man-animal conflicts and preserving the forests,” says Mahesh.

While Elrhino is Mahesh’s baby and vision, it has been given an identity and a business model by his daughter Nisha Bora. “I was working in Mumbai, Maharashtra, when my father started his enterprise. It was a time when all his friends and relatives were discouraging him from starting Elrhino. That was also a time when I was trying to figure out what I wanted to do in life. All I knew was that I wanted to do something different, new, interesting, and challenging. Whenever I came home for a vacation, my father’s dedication and initiative inspired me, and so I eventually decided to join him and his enterprise,” recalls Nisha.

Today, Elrhino is a successful brand making various paper-based products — from notebooks and pen stands to lampshades and playing cards — that are recognised by thousands of people across the globe. The firm also gives employment to more than 100 people directly or indirectly. It is these people — most of them farmers and other community members — who source the excreta and other forest waste from rhino- and elephant-trodden paths and then process it into a pulp to eventually turn it into paper and paper-based products. The brand then sells these products through orders online, especially through social media platforms, or through fairs and exhibitions.

But it all started with a simple vision to preserve the rhinos in the region by involving the local community, and subsequently providing the latter with letter livelihood options.

It is this simple vision that has consciously kept Mahesh and Nisha away from competing with other similar enterprises.

“Our priority is not to sell our products, but to save the rhinos, create consciousness among community members, provide employment to locals, and create awareness among customers,” says Mahesh.

(The author is an MBA walkout who believes in conscious living. He recently completed a 52-week long journey to find 52 innovators across 52 locations of India.)

You can purchase Elrhino products from the brand’s online store. Read about more such innovators on the website of the 52 Parindey initiative.

All images sourced from 52 Parindey.