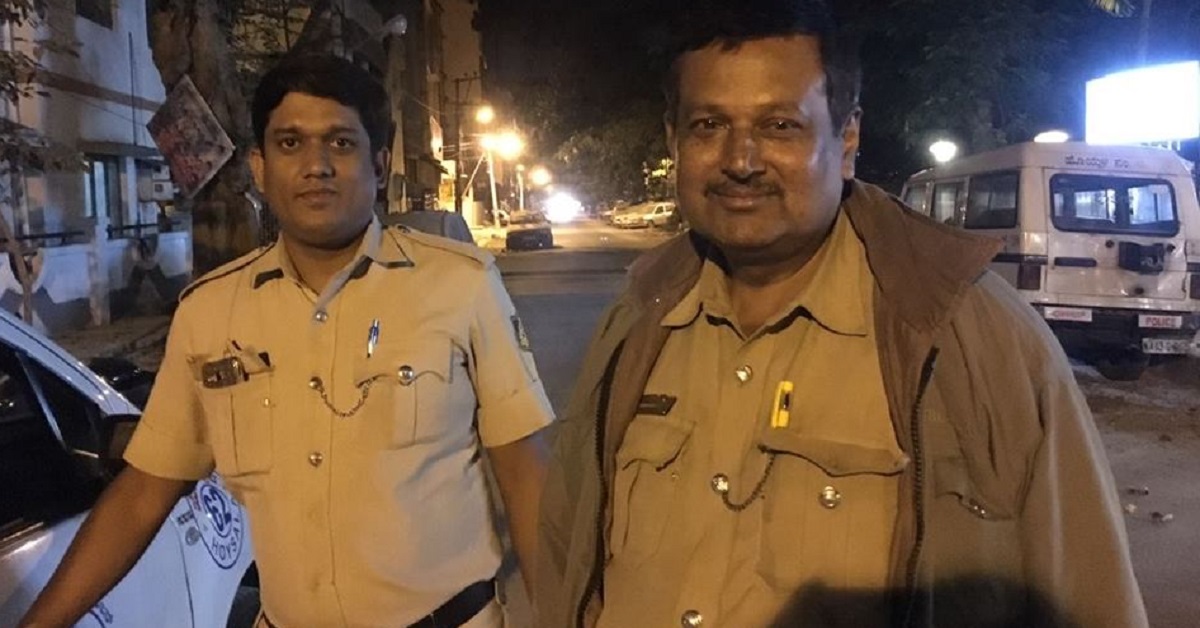 While we are often presented with negative images of Indian cops on the silver screen, a recent incident in Bengaluru proves that the reality can be very different.

Bengaluru police are among the most lauded in the country. On Friday, they exhibited courage and dedication when they promptly responded to a call from a local businessman and rescued him from a group of goons.

Balaji Mohan was attacked by a gang of hooligans when he stepped out of his Banaswadi home for some work last week. In panic and fear, he immediately dialled 100 for help. Within seven minutes, two policemen named Ponnanna and Zahid reached the location and rescued Mohan from the persons who had attacked him.

Balaji Mohan told The Better India:  “When I was driving at about 11:30 in the night, four guys who were riding on two bikes blocked my car. One bike was in front of my car and the other bike was behind my car. They had blocked my car in such a way that I could not move. Soon, they asked me to get out of the car and when I refused to do so and asked them for an explanation, they started threatening me.”

He then tried calling his parents, but they did not pick up the phone since it was late. He then dialled 100 and the person on the helpline told him that someone from the area would contact him soon. He waited for the call. In the meantime, the thugs continued to threaten him and tell him to get out of his car.

“I was starting to panic. But within 2 minutes, I got a call from the police. They asked me my exact location. They also told me to stay online and give them a description of the situation. By the time I had started explaining what was happening, they were there! Once they saw the police arrive, the thugs ran away in different directions.”

Extremely grateful for the quick aid he received, Mohan posted a picture of the two cops, along with a short message, on the Facebook page of Bengaluru City Police.

Mohan has also sent a letter of appreciation to the City Police Commissioner, in which he compares the promptness and bravery of these two policemen to that of the New York Police Department (NYPD).
The official Twitter handle of the Bengaluru City Police tweeted the picture of the cops along with Mohan’s appreciation letter.

Appreciation by public for good work of @BlrCityPolice. pic.twitter.com/EyK1y7N4B4

Read the full Facebook post here:
Mr.Commissioner I don’t know if are reading this but today if we all are sleeping peacefully it is because of one of these guys!! I had some hooligans attack me on the road which is just 100m from my home. Helplessly, I called 100 and to my surprise these guys in the pic Ponnanna & Zahid from Banaswadi Police team were at my rescue exactly within 7 minutes!! I was baffled to see this kind of response. These guys deserve a pat on their back for the quick response. YES WE LIVE IN BANGALORE AND BANGALORE POLICE ARE NO LESS THAN NYPD!!! I hope the whole of India turns to be as safe as Bangalore one day.