TBI Blogs: Why Yanam and Mahe, the Forgotten French Sisters of Pondicherry, Should Be on Your Travel List

Tracing the rich and intriguing history of the town of Yanam, in Puducherry and Mahe, in Kerala, Pondicherry's forgotten French sisters.

Tracing the rich and intriguing history of the town of Yanam, in Puducherry and Mahe, in Kerala, Pondicherry’s forgotten French sisters.

Pondicherry is the most famous symbol of French heritage and rule in India.  Not many know that the French ruled over areas in other parts of India as well, such as Yanam in Andhra Pradesh, Mahe in Kerala, Karaikal in Tamil Nadu and Chandernagore in Bengal.

While Pondicherry is a well-known travel destination for all things French in India, the other Frech-ruled towns seem to have disappeared from public memory. 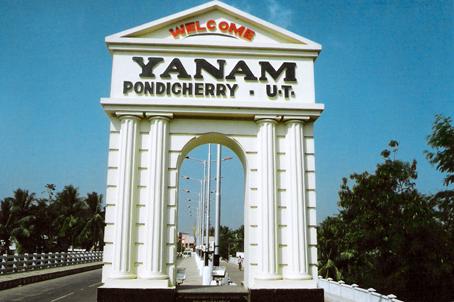 Now a part of the union territory of Puducherry, the town of Yanam is located in Yanam district within the East Godavari district in Andhra Pradesh. Given its location, its 30,000 odd population mostly speaks Telugu.

Gaining independence in 1954, this seaside town is a quaint mix of Telugu and French influences. Situated on the Godavari river delta, the town is at the confluence of where the Godavari meets its tributary, the Koringa. Close to nine kilometers away lies the splendid Bay of Bengal on the famed Coromandel Coast.

In the days of French rule, the Tuesday market, known as the ‘mangalvaram santa’ gained popularity, as folks from the neighboring Madras Presidency flocked to the seaside town to buy illegal and smuggled foreign goods.  Yanam’s culture pays homage to both Andhra Pradesh and France. The town celebrates festivals such as the Brahmotsavam and the Kalyanotsavam as well as the Fete de Pondicherry. French has remained an official language in Yanam and, at the last count in the 2000s, 80 French nationals resided in the small town.

The Child Marriage Restraint Act passed in 1929, also called the Sarda Act after its sponsor Rai Sahib Harbilas Sarda, has an unusual connection with Yanam. Since the Act was implemented in British India, people of Telugu origin would travel to Yanam to conduct child marriages which remained legal under the French rule.

Yanam was, interestingly, a Dutch colony before it was handed over to the French. Remains of a fort built by the Dutch and then taken over by cloth weavers now remains as one of the few signs of Dutch presence.

After the French took over control from the Dutch in the 1720’s, the British and the French traded the seaside town amongst themselves during three major wars until Yanam finally remained under French control in 1816.

The Court House (Palais De Justice) is a sight to see for those interested in French architecture as is the Catholic Church, established by French missionaries in 1846 with furniture supposedly imported from France.

For history buffs, Yanam has a place of pride in Indian history. The Coup d’état of Yanam was a watershed development that hastened the end of French colonial occupation in India. In 1954, India and France were in the midst of negotiations regarding four towns (Yanam, Mahe, Karaikal and Pondicherry) that were still under the control of France despite the country having achieved independence in 1947. With strong leaders on both, the pro-France and the pro-India side, a coup took place on 13 June 1954 that ended with Yanam’s liberation from French rule.

The other southern sister of Pondicherry is Mahe. Also known as Mayyazhi, in Kerala, Mahe is situated at the mouth of the Mahe River that originates in Wayanad in the Western Ghats and ends at the Arabian Sea. In olden times, the Mahe River was called the English Channel because it served the purpose of separating Telicherry, ruled by the English, from the French Mahe. Mahe is unique in India as it is the smallest district in the country as per its size.

It is erroneously believed that the town got its name from the Frenchman, Bertrand Francois Mahe de la Bourdonnais, known for his capture of the town in 1741.

However, it is considered more likely that the name was derived from the river on whose banks it is situated.

Before the Europeans made Mahe their home, this beautiful Arabian seaside gem was part of a larger kingdom called Kolathu Nadu that comprised of Thulunadu (now in South Canara district in Karnataka), Chirakkal (located in present day Kannur district in Kerala) and Kadathanadu (now placed by historians as on the Malabar coast).

Mahe, given its location, is populated mostly by Malyalis. With Yanam in Andhra Pradesh, Karaikal and Pondicherry in Tamil Nadu and Mahe in Kerala, these four enclaves are a snapshot of the different states of South India intermingling with French influences.

Not many are aware that Mahe used to be a surfing destination in the 1970’s and 80’s.

With waves of about 5- 10 feet in height, Mahe is a beach for expert surfers and beginners are generally discouraged. Due to its location, administrators are hoping to attract tourists by constructing a riverside waterway from the water sports complex to the fishing harbor. Well-lit with a panoramic view of the river, the walkway is in the shape of a diamond necklace.

With a rich history and an abundance of natural beauty, Mahe now faces an unusual problem. With Kerala imposing an alcohol ban, the town is witnessing a spurt in visitors that come only to frequent its liquor stores. Estimates state that the town is home to 64 liquor outlets but many peg the actual number to be as much as five times the official figure. Finding fame as a booze destination does not do justice to Mahe’s heritage, culture and scenic surroundings.

Diaspora Diaries would like people to share experiences on any aspect of Indian culture that has come about due to the migration of communities. You can mail us at thediasporadiaries@gmail.com.