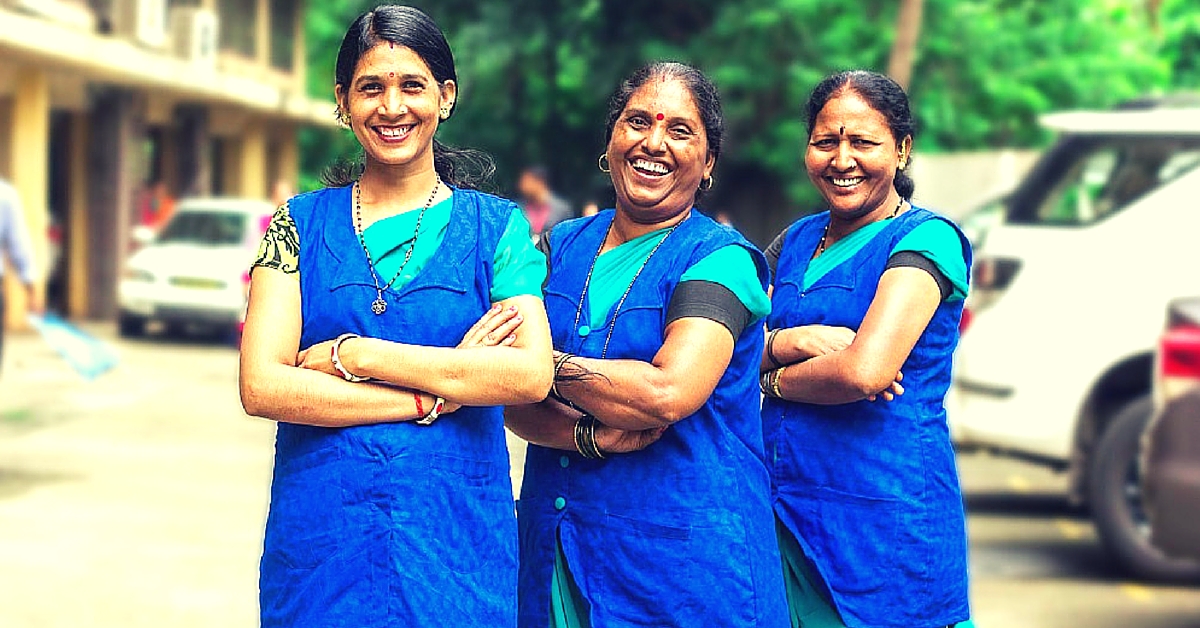 IIT Bombay graduates Jhonny Jha and Sagar Sen observed the inefficiencies in the domestic services market. There were certain agencies providing domestic helpers without taking responsibility for their work, and there were other organizations that didn’t concentrate much on quality improvement or women empowerment.

This was how they worked on the idea of MyDidi.in and launched it in October 2015 as an organization that enables women to succeed through skill building. Didi takes care of two factors:

Customer satisfaction: The organization trains all the women they hire – not only for cleaning services but of interpersonal skills too. People can make bookings from 8:00 am to 8:00 pm and the app provides them with an option to review the services and share feedback as well.

Women empowerment: All the domestic helpers or didis are paid a fixed income, even if they don’t get a single order for the entire month. Conventional domestic helpers usually have variable income. If they are serving five houses today, it might suddenly fall down to two or three tomorrow. To avoid this, each woman receives a fixed income plus bonuses that they get if they have a good rating on the app.

If any employee gets negative feedback, she is re-trained before being given any new assignments. Didi has two apps – one for the domestic helpers to monitor their performance, accept orders, and keep account of the money they make; and one for users. When a person books a service, he/she is assigned a domestic helper who then receives a message on her app.

The app for the didis is simple to use and is installed on a new phone provided to them by the organisation.

Once the assigned helper accepts the order, an auto-rickshaw comes to pick her up and drops her at the user’s place. She presses ‘start’ at the beginning of the service and ‘stop’ at the end of it, collects the amount and hands it over to the rider who then takes her back. Didi charges customers Rs. 149 for every hour. People can also take packages of 15 hours in 45 days, or a package for 30 days. Users are charged on a per-minute basis if they need services for less than an hour.

The sourcing team of Didi sets up camps in slums and other localities to provide information about the organization to domestic helpers. Every employee gets a monetary referral incentive if she brings another person to be enrolled. “Some of our didis have their entire family working with us – mothers and sisters as domestic helps and brothers, husbands and fathers as drivers,” says Mayank Kabra, a representative from Didi.

Up till now, Didi has employed over 120 domestic helpers. They get transportation services, raincoats, jackets, snacks in the autos, etc.

Didi is spread across Mumbai, Thane city and Navi Mumbai. You can download the app here.