At an age when most teenagers are busy planning their lives, 17-year-old Muskaan Chhibber was running from pillar to post to get her NGO registered.

At an age when most teenagers are busy planning their lives – picking up schools or colleges to attend, deciding what courses they should take up, thinking about where to go out with friends, etc., 17-year-old Muskaan Chhibber was busy running from pillar to post to get her NGO registered.

“It all began three years ago when I started working with an NGO called Samarpan, in Vasantkunj, Delhi. This was soon after I started Class 10. I was working as a volunteer and was teaching kids of varying ages from underprivileged backgrounds. But the thought that there are many such children out there who are deprived of education because of lack of resources, was really saddening and that was when I decided that I will work for the society in some way or the other,” she says.

She started working with a community-based environmental campaign in Australia called Clean up the World, which empowers communities from across the globe to clean up, fix and conserve their environment. She became a member of the organization and started spreading awareness about environmental issues in Delhi, starting with her neighbours and friends and expanding from there.

It was around the same time that Muskaan lost her grandmother to cancer. This incident motivated her to work for cancer patients across the country as well. 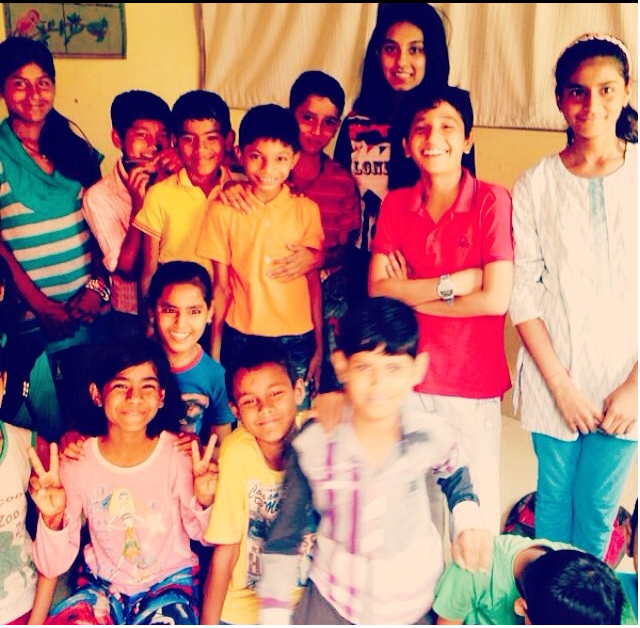 Finally, about two year ago she decided to bring together all the work she had been doing through individual campaigns under one umbrella and set up an organization. She also wanted to get it registered with the government to increase its credibility and authenticity. Muskaan named her organization Nurture Nature and got it registered with the help of her mother, successfully crossing all the legal barriers on the way. Today, her NGO has a core team of five people a huge group of volunteers working on different agendas.

“Our work is based around three basic pillars,” she says. Muskaan, who recently finished Class 12, will be moving to the US for college.

The co-president of the NGO, Ved Rajgarhia will then look after the proceedings in India while she tries to expand the NGO in the US too. The team raises funds for Nurture Nature with the help of crowd-funding events, online fund raisers, charity events, etc.

They also have CSR wings of certain organizations sponsoring their work.

Muskaan, who is highly interested in research, plans to get a degree in environmental studies and take her work forward.