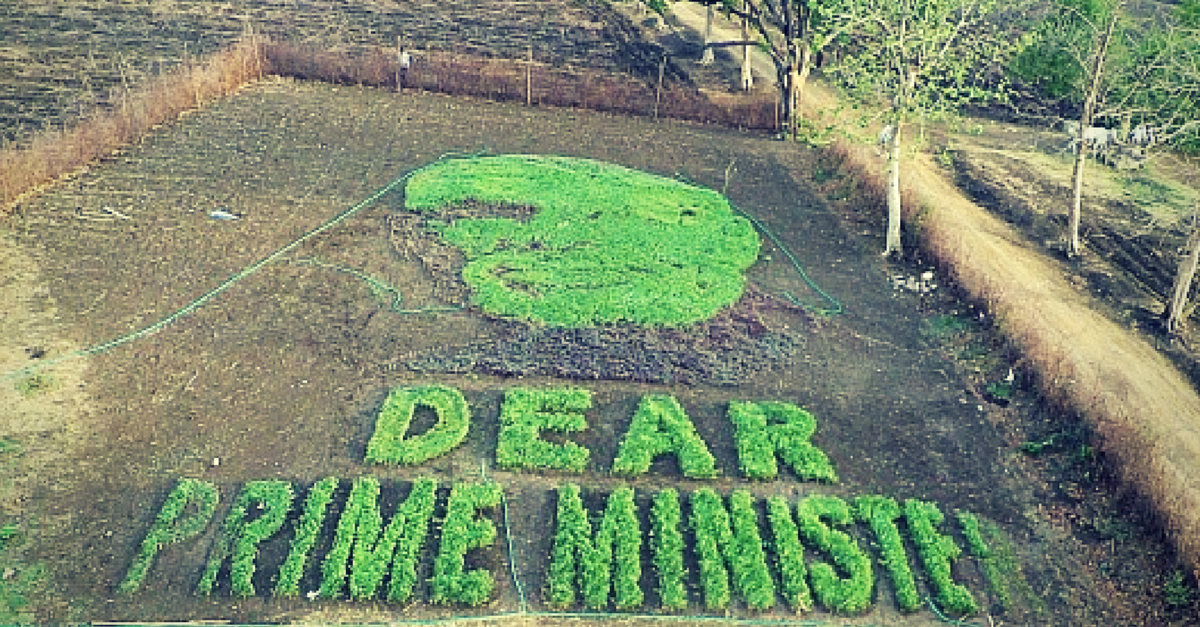 It is extremely unfortunate that today the word ‘farmer’ in India has come to be associated with poverty, starvation and suicide. The most hard working people in the country, those who put food on our tables, have been brought to the brink of disaster. Are we, in urban areas, as concerned about them as we should be? We urge our government to provide jobs to people in cities under the Make in India banner, but what use are jobs if there is nothing to eat?

A group of artists from the Paradsinga village of Madhya Pradesh recently has come together to convey an important message to the Prime Minister of India. And they have chosen an unusual method to convey it.

Their art project, called the Gram Art Project, is aimed at creating awareness about why young people don’t opt for farming anymore. Shortage of indigenous seeds, use of foreign insecticides, no roads and water – these are some of the problems they want the government to address.

They want the Prime Minister to focus, just like he does on Make in India, on another important initiative – Grow In India.

Their message has been ‘planted’ – yes, you read that right – it has been planted across a 7200 sq ft field.

In addition, the artists and farmers have written a letter to the Prime Minister, expressing their hopes and fears for the country and enumerating the problems they need his help to solve.

If you also want to be a part of the ‘Beej Mahotsva’, you can contact:

These farmers are hopeful that with your help, this open letter will reach the Prime Minister and India’s farmers will prosper.