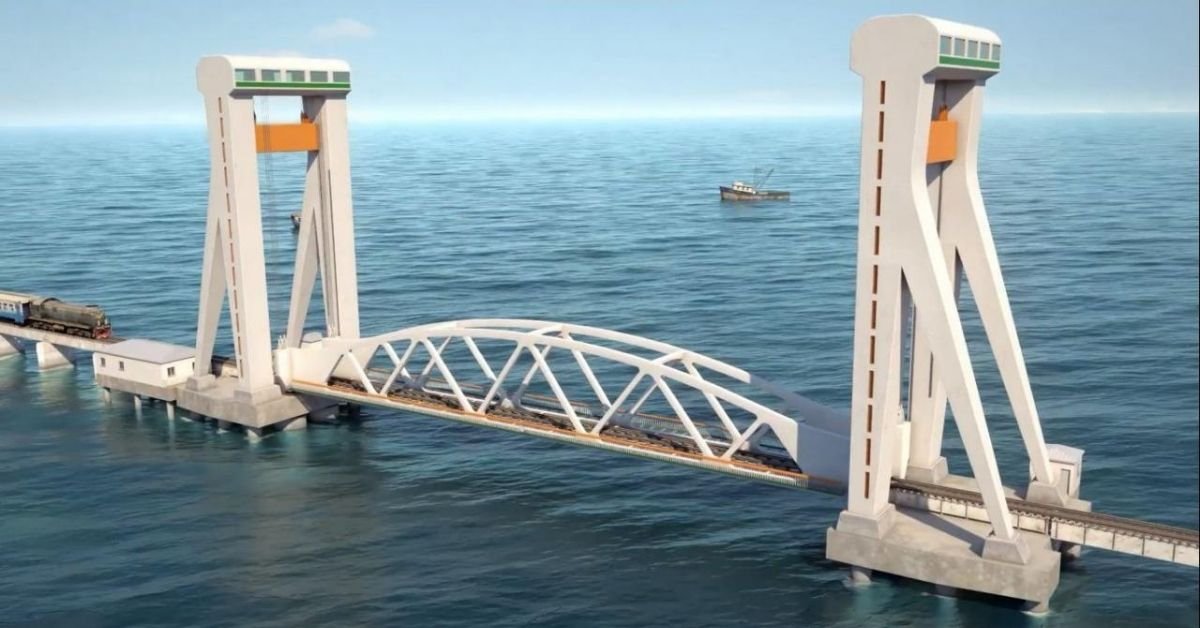 As India's first vertical lift railway sea bridge, the new Pamban Bridge, is set to reach completion by March next year, here's some facts you should know about this technological marvel, which connect Rameswaram to mainland India.

In November 2019, India’s Union Railway Ministry launched work on yet another transportation marvel that breaks the boundaries of technological infrastructure in the railways. The construction of the bridge began on 9 November 2019 and is set to be completed by March 2022. This project will give the country its first vertical lift railway sea bridge ever.

This is the New Pamban bridge, which will make commuting easier for pilgrims and goods transportation trains to and from the port city of Rameswaram. A small island in the Arabian Sea, Rameswaram has held great spiritual significance owing to its famous Ramanathaswamy temple.

Till now, the city was connected to the mainland by the century-old Pamban Bridge. The bridge became operational in 1914, and was the country’s first sea bridge, as well as its longest, before the Bandra-Worli Sea Link.

Working on the Scherzer rolling lift model, it opens upwards at an angle of 90 degrees.

The new model, being constructed parallel to the former, consists of a panel that lifts up vertically to allow cross commuting of trains and sea vessels. In the old model, the Scherzer span is operated manually.

With 101 piers, it will stand 3 meters higher than the old bridge and offer a more clearance space for sea vessels like streamers to cross.

Ever seen a moving bridge? The Pamban Sea-Bridge that connects Rameshwaram with mainland India will soon have vertical lift span technology to allow the cross-navigation of vessels pic.twitter.com/Z2W8vruokG

The project is being undertaken by Rail Vikas Nigam Ltd. In a quote to The Times of India, its project consultant S Ambalagan stated that the track is meant to be stronger, for it’s being constructed with a foundation 25 m above level.

Here is what you need to know about this modern age technological breakthrough: