The Union Public Service Commission (UPSC) has announced the final results of the Civil Services Examination (CSE), 2020. A total of 761 candidates – 545 men and 216 women have cleared the examination.

These candidates have been selected on the basis of the main written exam held between 8 January to 17 January, which was followed by the interview held between 2 August to 22 September. At 24 years of age, Subham has secured an AIR 1 in his third CSE attempt. In 2019, he had secured the 268th rank and decided to attempt the exam again to better his score. A BTech graduate in civil engineering from IIT Bombay, as per reports, Subham always wanted to appear for the CSE. Speaking to PTI, he says, “Development of villages, employment generation and poverty alleviation in rural areas of the country would be focus areas.”

Subham chose anthropology as his optional paper. While preparing for the UPSC CSE 2020, he was undergoing training as an Indian Defence Accounts Service officer in Pune.

Congratulatory messages have been pouring in, which includes Nitish Kumar, Chief Minister of Bihar, who tweeted his appreciation for the hard work put in by Subham. Bhopal’s Jagrati Awasthi has done the city proud by securing the second rank in the CSE. Previously employed by Bharat Heavy Electronic Limited (BHEL), Jagrati decided to quit the position to focus on the examination. This is her second attempt. According to this report, she says, “I want to replicate the competence and simplicity of Sudha Murthy Ma’am and usher rural development and empowerment like Bhakti Sharma, the young sarpanch of Bhopal district’s Barkheda Abdullah village.”

Dr Suresh Chandra Awasthi, Jagrati’s father and Professor at the Government Homeopathic College and Hospital in Bhopal, said, “We were confident that she would crack the exam which was her dream right since school days but had not imagined that she would be second overall and women topper nationally. It still seems that we’re in a dream world.” 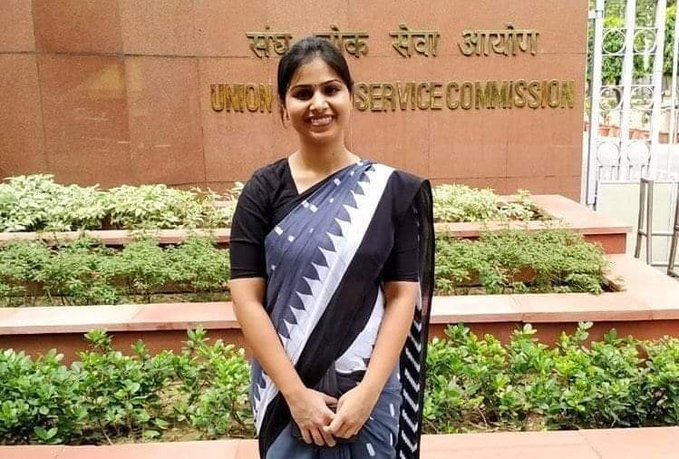 Ankita has managed to secure the third position in the UPSC CSE in her fourth attempt. 28-year-old Ankita was undergoing training in Mumbai after being selected as an Indian Audit and Accounts Service officer in 2018. She prepared for the UPSC CSE 2020, while undergoing the training. Ankita earlier graduated from the Delhi Technological University. She is married to IPS officer Abhinav Tyagi. According to this report, she says, “A month before the Mains, I got COVID-19. But I focused on my training and then whatever time was left, I prepared for the exam. I was well-supported by my family.”

Congratulations to Shubham Kumar, who has topped the Civil Services examination as well as Jagrati Awasthi & Ankita Jain for securing 2nd & 3rd positions respectively & also to all the successful candidates. It’s your hard work behind this success. Wish you all the very best!

The UPSC final result list is available at upsc.gov.in.