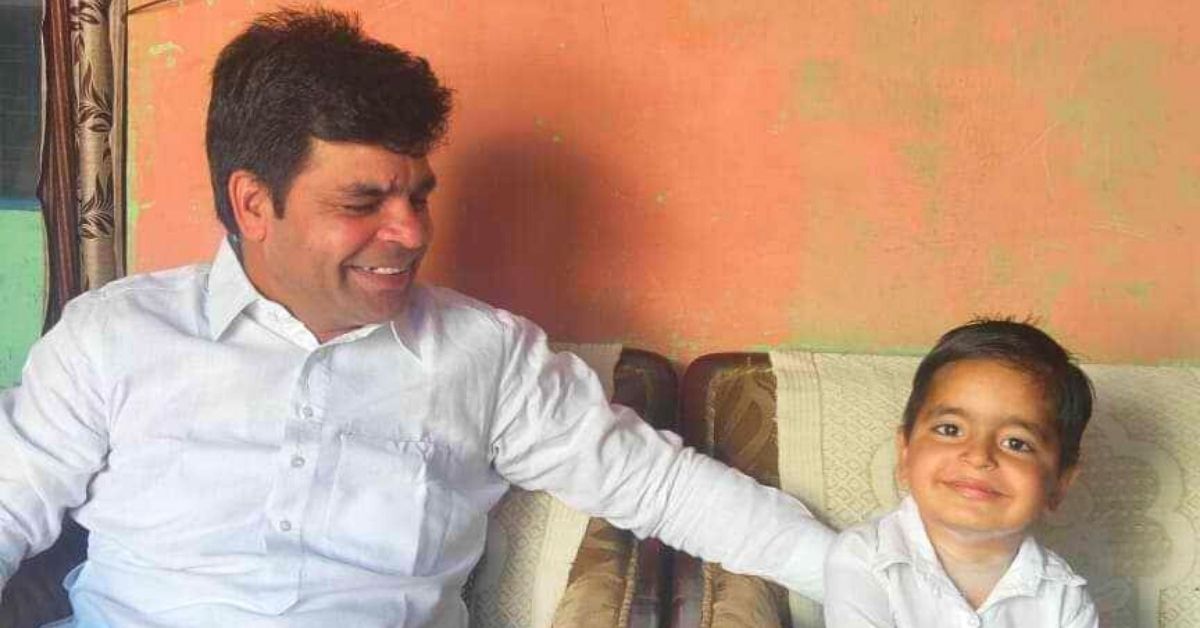 In India, where even today deep stigma is heaped on a rape survivor, here is a man striving daily to undo years of patriarchy and conditioning, and educating himself on what is right.

In 2012, Jitender Chhattar, a former Khap leader from Haryana’s Jind district, made a comment about how eating ‘chowmein’ leads to hormonal imbalance, that ultimately results in ‘the urge to rape’.

This gained national headlines and was in the aftermath of the brutal gangrape and murder of the Delhi student, driving conversations across the country about how women are treated and how to address the rape crisis in the country.

Jitender was just one among many Khap leaders who made bizarre statements, like others who said wearing women jeans and using mobile phones led to rape.

But what makes Jitender stand out from his contemporaries is his willingness to change his perceptions and grow as an individual.

Jitender is now a whole new different person. Six years ago Pooja (name changed to protect her identity) was gang-raped. Jitender married her five years ago. And he has been tirelessly working bring her justice ever since.

Here is a man striving daily to undo years of patriarchy and conditioning, and educating himself on what is right.

Haryana is infamous for female foeticide and its sex ratio, 920 girls for every 1,000 boys, is the result of that. As per the State Crime Record Bureau, Haryana records a gangrape every second day and five rapes every day. And these are just the ones that are actually reported.

Crimes against women plague the rural areas of the state, not to forget the presence and dominance of Khap Panchayats.

Jitender, the son of a farmer, grew up in the very same society where the role of women is limited to giving birth and managing the household. Though his views were influenced by society, there was a difference in his upbringing.

“My mother is a very strong woman who believes that men and women are equal in the eyes of God. She never treated my sister any lesser than me. We were encouraged to think independently and do what is right. Somewhere I knew my 2012 statement was wrong on so many levels and I wanted to undo it with my actions,” Jitender tells The Better India.

What followed was working with the Thua Khap Panchayat towards spreading awareness against female foeticide in 24 villages of Jind. He was also actively involved in educating men about feminism and respecting women.

Jitender is also an active member of ‘Youth Against Rape’, an informal organisation comprising lawyers, citizens and social activists in Haryana. From providing free legal advice, helping women file FIRs to spreading awareness in schools regarding legal rights, the organization is gradually breaking the shackles of patriarchy in villages.

“Most women are scared to use legal means to get justice due to the social stigma and lack of awareness. We conduct workshops in schools and villages to educate boys and girls on self-defence and how law can help them from a very early age. This way, both the genders are informed about the repercussions of their actions. Jitender has been an active part of this organisation. He is very vocal about women’s issues and often gives his own life’s example,” Darshan Dhanda, a lawyer and member of the organization tells The Better India.

(I don’t deserve you so if you want you can call off the wedding. I was 19 when I was gang-raped and this may not be good for your family’s honour)

When Pooja fearlessly revealed her past just a few weeks before their engagement, Jitender was speechless for a few minutes, and then walked out of the room.

An hour later, the unimaginable happened. Jitender agreed to look past her history and promised her parents to get justice for their daughter.

“When she told me about the incident, I never for a second questioned her actions or wanted. They were the ones who should be ashamed and punished. I was not going to let them take something special away from us.”

He refused to back out even when he got death threats for marrying Pooja. In fact, to make a statement, he invited the entire village for all the ceremonies.

Five years into their marriage, the duo have become best friends who support each other unconditionally. There is mutual love and respect. But the best part about their unbreakable bond is the will to grow as individuals and never give up on each other.

“We respect each other’s privacy and fight and support each other like friends. After the gruesome incident, I dropped out of college but on Jitender’s insistence, I completed my graduation in arts post-marriage,” shares Pooja.

Pooja’s perpetrators had taken photos and videos of her during and after the rape and had threatened to release them if she went to the police. They continued to commit the heinous crime for a year-and-a-half until she finally approached the police and filed an FIR.

However, the policeman handling her case also raped her under the pretext of helping her. Pooja no longer trusted the legal system and decided to leave everything behind her until Jitender insisted they fight for justice.

It has been five years since they lodged a new FIR and very little has changed. They are still running from pillar to post to file appeals and FIRs against the accusers, doing countless follow-ups, coping with never-ending financial strains and battling to fill gaping loopholes in India’s criminal justice system.

Intimidating the survivor and her family, and evidence-tampering are the two major issues that the duo has been fighting vigorously against.

“On multiple occasions, we have received death threats and outside-court settlements. We are scared every time we visit the court. The journey from our house to the court is dreading and we always feel our vehicle will be attacked. They have retaliated against me by filing false cases. Meanwhile, the political connections of the accused have influenced the evidence. Several photos and videos have been deleted by the police due to pressures. This has severely undermined Pooja’s trial process,” says Jitender.

Pooja also points out how court proceedings have been biased on certain occasions. Two of the lawyers hired by them were bribed to lose the case.

“I have given my statement innumerable times and I was summoned even when I was heavily pregnant. Either the accused would be on bail, their lawyer would turn up late or some evidence would be missing. Recently, I visited the court with my toddlers only to find out that we have been given a new date. I have very little hope left with the judiciary.”

Instead of being demoralised by these unfortunate turn of events, Jitender studied law to understand the proceedings better, “The district court acquitted the accused only because our lawyer was bought by them and he tampered with evidence. Since I am not working and full-time engaged in the court proceedings, I had to sell two pieces of my farmland to sustain ourselves and hire a better lawyer.”

Several appeals, lawyers and court visits later, the case is presently being filed in the Chandigarh High Court against the main accused, Neeraj along with an appeal to reinvestigate the entire case.

To fight the case, the couple has hired Amanpal, a criminal lawyer from Chandigarh.

Justice may be still a far cry. But the couple, who are parents to two children, are in no mood to give up just yet.

“We could either move on and embrace a new beginning or fight the long battle with no guaranteed results. We embarked on the challenging path with unconditional faith in the judiciary. We did not want to be an example that affirms the lawlessness of our country. We want to be the ones that gave hope and courage to every sexual assault survivor. We are not going to let those perpetrators get away easily,” say Jitender and Pooja.

Even as the couple waits for justice, it is clear to see that their unshakeable resolution has helped them overcome difficulties like threats, political pressures, financial losses and an unhurried pace of courts. And that is truly something.