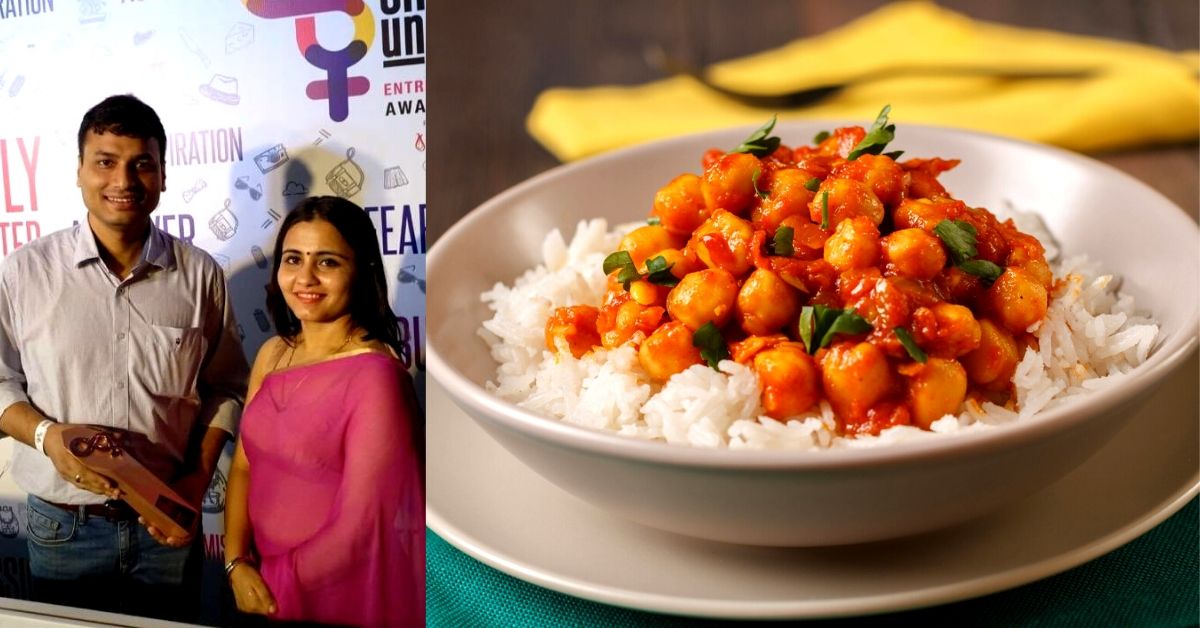 Until now, Daalchini has installed over 170 vending machines in Delhi, Mumbai and Chandigarh. They have onboarded about 20+ home chefs and get close to 8,000 orders in a day!

Lack of home-cooked food is always an issue for people like me who live far away from home. While there is no shortage of food delivery apps; when I scroll through them, all I can think of is my granny’s dal and chawal.

This is where Daalchini comes in. No, I am not talking about the spice, although interestingly, the Delhi-based startup was named for the versatile spice (cinnamon in English) that can be used in both savoury and sweet dishes.

The duo met while working in PayTM’s Operations and Business Development department, and quickly struck up a friendship.

Prerna, who was a working mother at the time (she is currently a homemaker) would often find it challenging to prepare fresh home-cooked meals. While there was help in the form of her extended family, she wondered how people who had no help, got by.

“This thought led to several conversations with Vidya, and we figured that we could fix this gap by providing home-cooked meals at minimal rates. Even better, we could tap into the skills of homemakers to prepare meals from the comfort of their homes.”

Starting with two smart vending machines in 2018, the startup has now set up over 170 machines in offices, hospitals, hostels, etc., across Delhi, Mumbai and Chandigarh and fulfils close to 8,000 orders in a day.

Operations: From Kitchens to vending machines

Daalchini has onboarded 20+ home chefs, all of whom prepare food early in the morning. Delivery boys collect the prepared food items, and keep them inside the vending machines.

“The reason why we opted for the vending machines model is to cut operational costs. So, instead of delivering the orders one by one, the vending machines are stocked with over 300 items between 8-9 AM, and are again re-stocked between 3-4 PM on the same day. We bought conventional vending machines and incorporated IOT technology with the help of which the temperature inside is maintained remotely. This ensures the food remains fresh and warm,” explains Prerna.

All their meal and snack options are within the range of Rs 39 to Rs 79. Interested users need to download the Daalchini app, browse the menu at the kiosk, known as the Daalchini Hut, select an item and make a digital payment through their mobile wallets.

Following this the app provides them with a code that they need to punch in while collecting food from the vending machines.

Apart from ensuring that people had constant access to healthy and tasty home-cooked meals, Prerna’s other objective to open a startup was to empower women.

“I know so many women who are well-educated but cannot put their degrees to use because they are expected to manage all the household responsibilities. Moreover, unemployment rates are really high. So, I knew that I wanted to create a platform where women don’t just cook but also manage these vending machines independently through a franchisee model,” explains Prerna.

Take Noida based Pallavi Mishra for example. Armed with an MBA degree, Pallavi had worked in the corporate sector for ten long years.

“Then I got married and had a baby, so I quit my job and became a stay-at-home mom. One day, my friend, who had always known that I thoroughly enjoy cooking, mentioned this vending machine at her workplace. She told me that the vending machine was providing meals prepared by home chefs and added that it would be a great opportunity for me to put my cooking skills to good use,” recalls Pallavi.

Now, she wakes up at 4 AM and starts her meal preps. “We have to ensure that the food we supply is fresh,” she says.

About six months back, she decided that she wanted to take ownership of one of the kiosks as well and thereby, became a franchise owner.

“I had to pay about Rs 2 lakh to own a Daalchini vending machine. Not only did they tell me about different government schemes I could avail but also helped me in getting my loan approved. I earn anywhere between Rs. 25,000 to 30,000 in a month. I truly believe that this is a great initiative for women,” says Pallavi

Akshay Arora works as an Assistant Director at Ernst and Young’s Gurugram office. About a year ago, the 38-year-old tried one of Daalchini’s meal options at a conference and has been a loyal customer since.

“I see a lot of vending machines where only packed food is sold. But, it is important as employees also to keep a check on our health and watch what we eat. I loved Daalchini’s healthy meal and snack options so much that I decided to decision to on-board their vending machine within the office premises,” explains Akshay.

The vending machine has been in the office for almost ten months now, and Akshay states that several employees have become huge fans of Daalchini. “I like the fact that they have a lot of regional food items like theplas and vada pav in addition to dal chawal. I also munch on their banana chips and their sandwiches during snack time,” he explains.

“Our menu keeps changing every day. If one day we have the rajma chawal combo, the next day we would have chhole chawal. Similarly, in rotis, we have the dal rotis, methi parathas, among others,” mentions Prerna.

She adds that some of the bestsellers in their range of home-cooked food items include the matar kulcha, soya chaap wrap, vegetable uttapam, vada, idli, and corn tikkis in addition to the regular dal-chawal, rotis and subzis.

Sailing through challenges and moving ahead

Although Daalchini has been successful in pleasing over 8000 people, there have also faced quite a few challenges.

“Being in the food business is not easy. Maintaining uniformity in the quality of food across all the home chefs and vending machines is a real challenge. So, when we were in the early stages of the operation itself, we hired two people as Quality Officers, who had experience in this regard. They maintain a checklist with different parameters to monitor the taste, quality, people to be onboarded, among others,” says Prerna.

Regardless, Daalchini’s services have been recognised by several platforms. The startup was selected for Atal Innovation Mission by NITI Aayog Aug 2019, featured in a list of Top 100 startups in India by SutraHR in Jan 2020. They even won the Sodexo Accelerator program Dec 2018.

What does Prerna foresee in the future for Daalchini?

Prerna informs that they are looking forward to launching their operations in Mumbai where they are installing about ten vending machines. In Chandigarh, they have already installed about 18 vending machines last month.

She also hopes that in the next two year, she can empower at least 1000 women by working with them closely.

“The whole idea was to provide healthy food while also empowering women. I hope that these women who we work with will be able to lead their own businesses in the future. We want to create the opportunity that more often than not doesn’t exist for women,” says Prerna signing off.