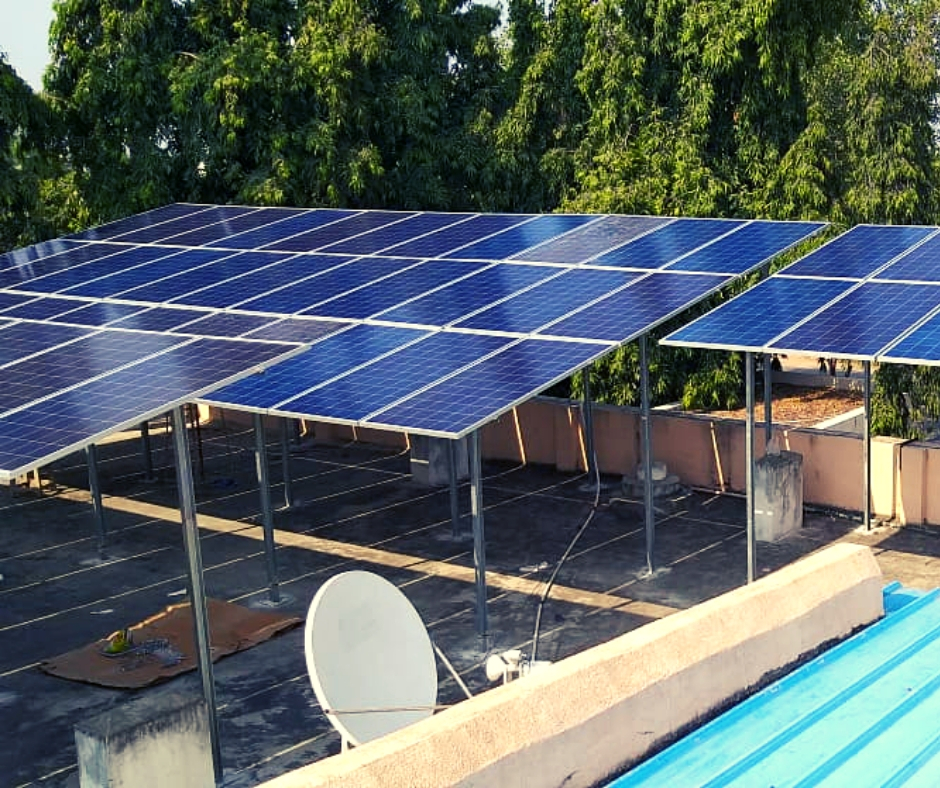 In a significant push towards reducing its carbon footprint, Karimnagar, Telangana’s fastest growing town, is going to make it mandatory for commercial establishments, houses, apartment complexes and community halls to install solar panels on rooftops, if their built-up area is more than 2700 square feet (300 square yards).

The requisite construction permits will not be granted if there are no provisions to construct these solar panels.

This rule came into effect on March 1 and applies to older structures as well, according to a resolution passed by the town’s municipal body.

In a bid to encourage users, the civic body will offer a 30% subsidy on the installation process, which will be done by State power discom Telangana State Renewable Energy Development Corporation (TSREDCO).

In addition to these measures, the Municipal Corporation of Karimnagar has also signed an MoU with TSREDCO for generating 1.45 MW of power through these solar rooftops, which will add to its current capacity of 1,300 KW of solar power.

As per multiple reports, the decision to introduce this resolution through the town’s municipal body is backed by a belief that this will encourage public participation in the generation of solar power, besides the apparent objective to mitigate emissions from fossil fuels.

Officials claim that Karimnagar is the first municipal corporation to make it mandatory for all new building structures to install solar panels.

These steps are further aimed at the Karimnagar Smart City project, where integrating solar power is mandatory.

“Assured electricity supply with at least 10% of the Smart City’s energy requirement coming from solar power,” is one of the provisions for this smart city project.

As far as the MCK is concerned, they are looking to encourage greater citizen participation by adopting a net-metering facility alongside the Northern Power Distribution Company Limited (NPDCL).

So, what does this mean?

Property owners can earn revenue from all the surplus solar power they generate with the NPDCL buying it up at Rs 3.50 per unit.

According to this report in The Hindu, 43 residents sell their surplus solar power. To further their contribution, the MCK is installing solar panels across 77 government offices, school buildings and even other properties they own to minimise their power bills and generate solar energy.

As an early adopter of solar energy, Telangana has made great strides. In its landmark ‘Telangana Solar Power Policy 2015’, the state government laid out its vision for change.

“Telangana has vast solar potential with average solar insolation of nearly 5.5 kWh/m2 for more 300 sunshine days. The government of Telangana intends to make use of the positive environment in solar market and push given by Government of India for substantially harnessing the solar potential in the state of Telangana,” says the policy. You can read more about it here.

At present, Telangana is ranked number two in solar energy generation with more than 3000 MW, while Karimnagar district has a solar energy grid with an installed capacity of 1.5 MW.

Having said that, there are real concerns surrounding the development of solar energy in residential areas.

Despite subsidies and other financial mechanisms issued by the government to assist greater adoption of solar energy, both residents and developers have been unable to bear the costs of capital investments that go into constructing solar panels.

Most of the large-scale consumption of solar energy has been limited to the commercial, industrial and state-backed entities.

The state government had envisioned a capacity of 40 GW for solar rooftop energy by 2022. But as of November 2018, a mere 1,334 MW had been linked through rooftop systems. Making matters worse, power distribution companies are struggling under a mountain of debt.

“There is a momentous shift in [the energy sector and for the first time decarbonised electricity appears feasible and foreseeable,” said Centre for Science and Environment deputy director Chandra Bhushan to Deccan Chronicle.

However, what we need to ensure that this advantage isn’t frittered away.