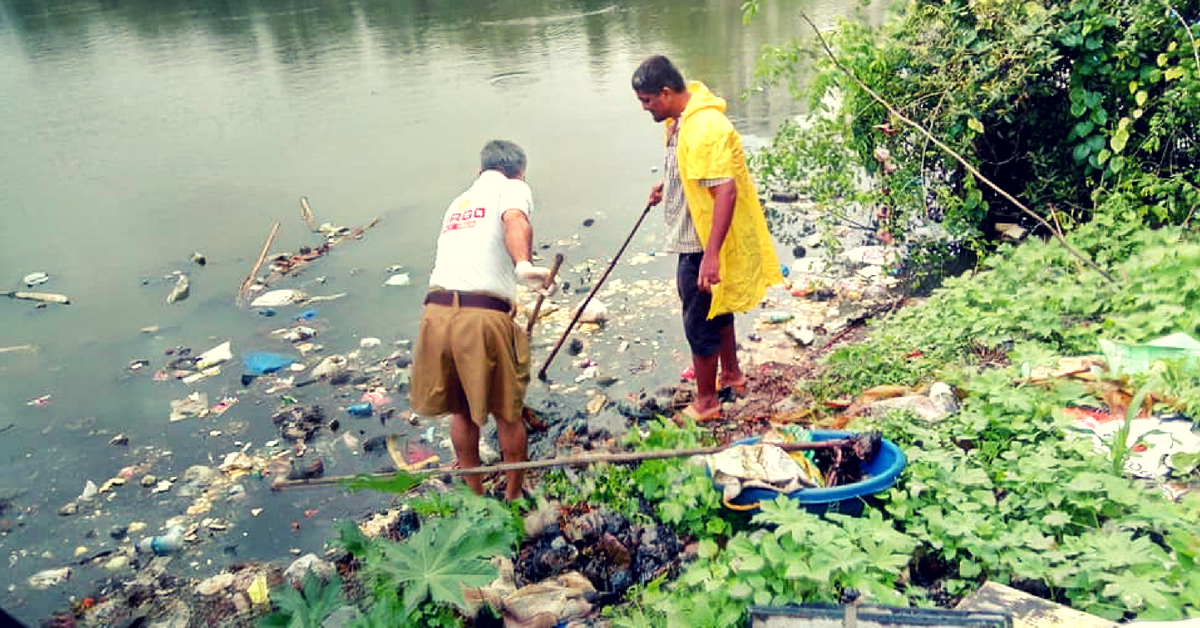 Kudos to the citizens for not just paying lip-service to the degrading state of the environment but joining hands to effect change on the ground!

These citizens have been striving for the cause of the environment for almost a month. In association with 12 NGOs, they were backed by the Wildlife Crime Control Bureau (WCCB), the Maharashtra State Forest Department and the Brihanmumbai Municipal Corporation (BMC).

Donning gloves and caps, the citizens collected 30 large bags weighing 100 kg each during the first cleanup drive as a run-up to World Environment Day and continued clearing plastic waste from the Charkop mangrove patch.

The Charkop mangroves are protected as a reserved forest under the law. The green patch is home to over 250 bird species, reptiles, crustaceans and fish, reports the Hindustan Times.

Despite the ‘reserved forests’ tag, this green lung has faced severe destruction in the last few years due to fires and illegal encroachments.

A detailed assessment of all the mangrove patches in Mumbai Metropolitan Region by the State Mangrove Cell revealed that these patches were littered with over 50,000 tons of plastic waste.

In the last six months, the Cell has managed to clear over 9,000 tons of trash from nine such locations.

N Vasudevan, Additional Principal Chief Conservator of Forest, State Mangrove Cell, told Hindustan Times, “The trash is generally stuck to the breathing roots of mangrove trees. When they are removed and the roots are free, there is better nourishment of these trees and also controls flooding during monsoon.”

The citizens have joined hands with several organisations to ensure this cleanup drive is a continuous process. They aim to make the area garbage-free by urging others to not turn them into dumping spots.

Mili Shetty, one of the residents, has been spearheading the cleanup drive and has been an environmental crusader in safeguarding the Charkop mangroves.

She told HT, “For the longest time, we had been witnessing the unnecessary destruction of this natural area through recurring fires and hacked trees and needed to do something about it. So, we came together as a group and were supported by authorities to ensure this important bird habitat is protected. Mumbai’s ecology continues to be under threat, and we as citizens need to take up the mantle for ensuring cleaner air and healthy surroundings.”

Another senior civic official added how the BMC provided the manpower and equipment for the cleanup at Charkop.

He told the publication, “When citizen groups come forward with such efforts, it automatically boosts the civic body’s endeavour to preserve green spaces. This momentum will go a long way forward.”

Kudos to the citizens for not just paying lip-service to the degrading state of the environment but joining hands to effect change on the ground!