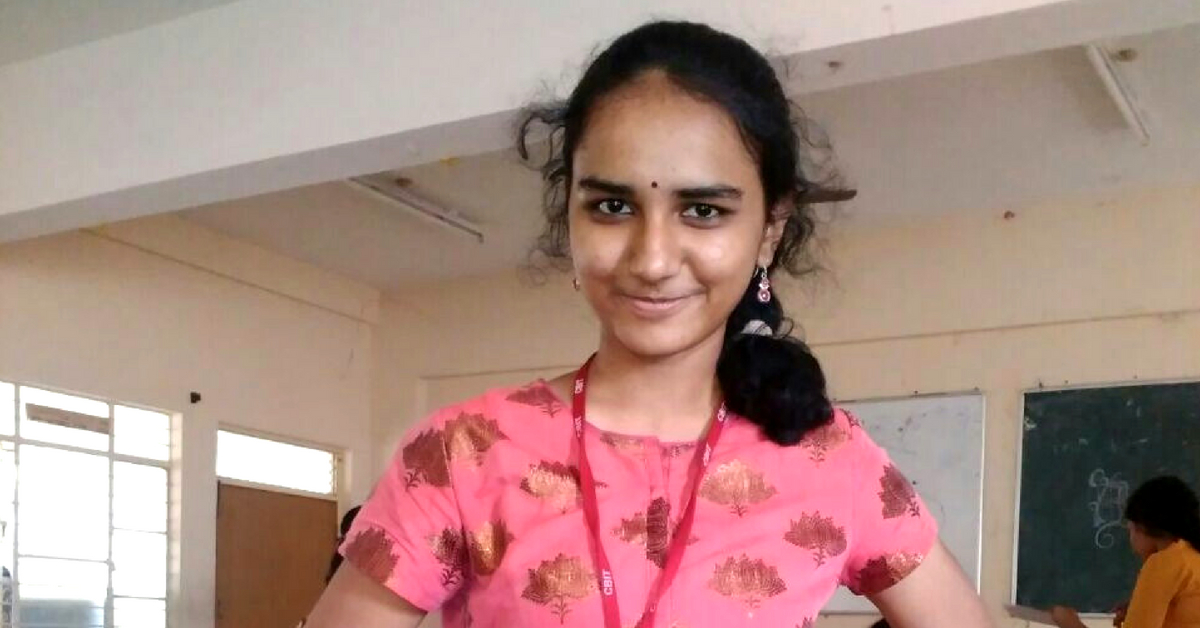 Kasibhatta Samhitha started displaying prodigious abilities right from the age of three when her parents discovered that she could memorise the capitals of different countries around the world.

Apart from watching cartoons, fussing over homework and making plans with friends, the 10-year-old me had very few other concerns in life, and I am quite sure at that age, most of us were in the same boat!

But Kasibhatta Samhitha from Telangana was not a regular child. She cleared the Class 10 board exams with a GPA of 8.8 when she was a 10-year-old, and now, six years later, she has achieved the rare accomplishment of becoming the state’s youngest ever female engineer.

The young girl started displaying prodigious abilities right from the age of three when her parents discovered that she could memorise the capitals of different countries around the world.

After appearing for the board exams, Samhitha reached out to the state government expressing her desire to pursue engineering.

Ideally, in India, the education system requires an individual to reach a certain age so that they can meet the eligibility criteria. This was the case for Samhitha as well, but because of her exceptional talent, the rules were relaxed for her by the state government, and she chose to pursue a degree in Electrical and Electronics engineering.

You may also like: An 11-Year-Old Has Just Cleared Class 12, and He Now Aims to Be a Doctor!

Samhitha’s achievement is indeed praiseworthy, and the young woman now plans to work in the power sector. “I want to get into the sector to serve the country and bring it at par with rest of the world,” she said.