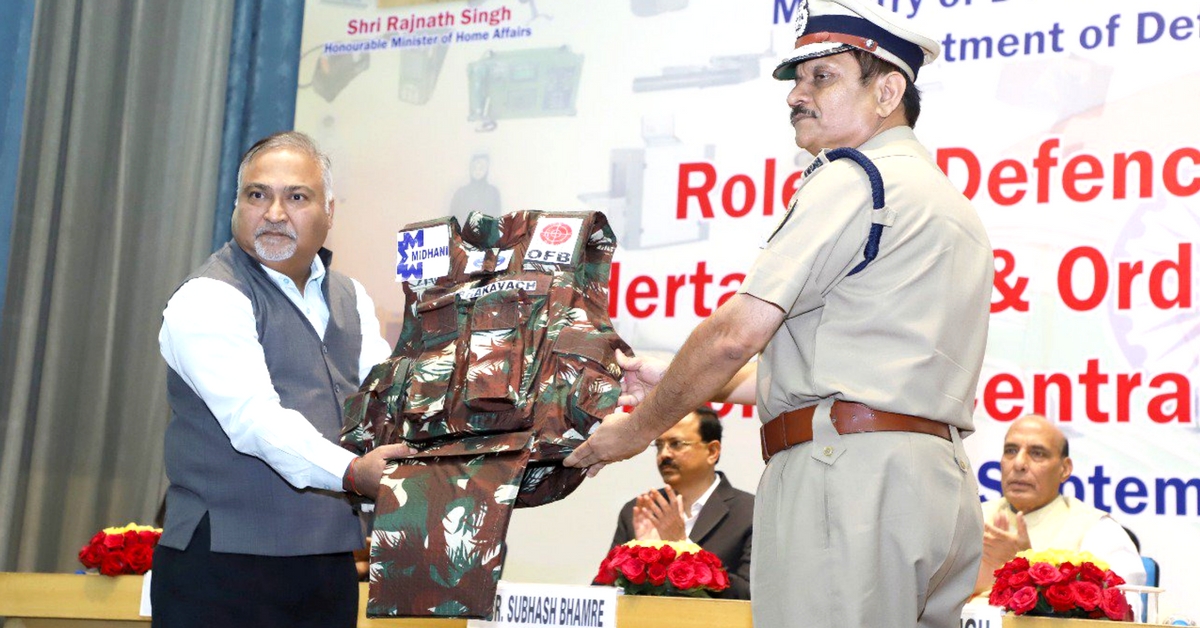 The new bulletproof vest, is superior to the one it replaces. Image Courtesy: Twitter.

A good bulletproof vest can mean a life and death difference.

Bulletproof vests have been around for a long time – coming on the scene only slightly after humans learnt to shoot each other. And it has been an eternal battle between the two. The bullets keep getting more and more deadly, and the vests have been slowly improving.

A modern vest is often the difference between life and death, especially for those on the front lines, who risk their lives daily. And now, our paramilitary forces will get some much-needed advanced bulletproof jackets, made from new-age ceramics and nanocomposites.

Weighing just half the weight of the current steel vests, the Central Armed Police Force (CAPF) will now be protected by jackets made by the Bhabha Atomic Research Centre ( BARC), according to a report in the Hindustan Times.

As developed by BARC, the jackets have different grades of protection –

Level III BR Jackets with Bhabha Kavach: These weigh less than five kilos, with trauma of less than 20 mm, and can protect a soldier against pistols, Self-Loading Rifles and AK-47s.

Level III + BR Jackets with Bhabha Kavach: These weigh around 6.8 kilos, with trauma of less than 15 mm, and will protect a soldier better, especially against AK-47 fire. This jacket has hot pressed boron carbide tiles backed by BARC Nano-Sheets. Boron Carbide is a light ceramic which shatters the bullet.

There is also the standalone Bhabha Kavach, which weighs less than 3.5 kilos at a basic level.

According to BARC officials, the bulletproof vests are of higher quality and are a ‘Make in India’ product. The large-scale production of these jackets will save the government precious foreign exchange. Manufacturing these vests costs Rs 70,000 far less than importing them.

You may also like: Army to Get 1.86 Lakh ‘Made in India’ Bullet-Proof Jackets

They and have been given to the Central Armed Forces, for their feedback. Let us hope the new vests protect the soldiers from the dangers they face every day!