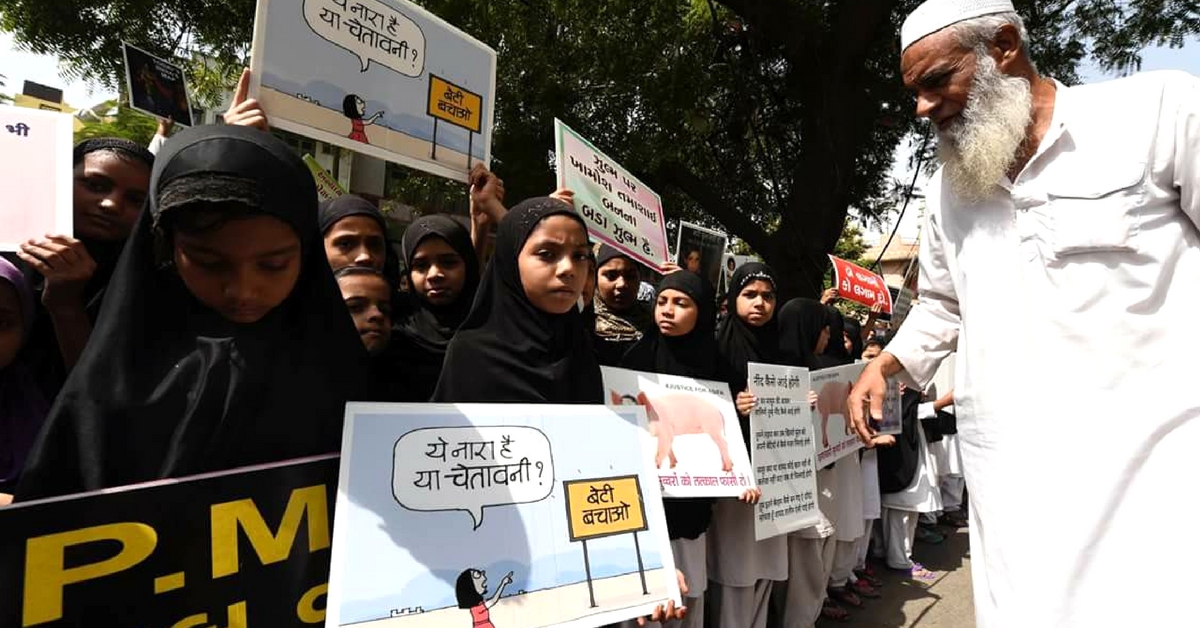 It is high time policymakers stop taking rape and varying forms of sexual monstrosity lightly and instead, immediately instate a stronger framework to prevent such horrific crimes.

The incidents at Unnao, Kathua and now Surat, clearly indicate how bestial crimes against women continue to persist in the country and highlight the sad fact that no immediate action is taken against the perpetrators, who instead walk with their head held high in society and enjoy support from political parties and opinion leaders.

There is no doubt that we as a nation have failed these young women, whose stories managed to the reach the forefront even as countless others never do— regarding dignity, law, justice and heartbreakingly, humanity.

It is high time policymakers stop taking rape and varying forms of sexual monstrosity lightly and instead, immediately instate a stronger framework to prevent such horrific crimes.

Unable to fathom the unspeakable horror of both Kathua and Unnao incidents and that failure of the government, a group of retired civil servants have written an open letter to PM Modi that expresses shame, rage and anguish over the status quo.

But more prominently, what the letter stands out for is the collective suggestions by the ex-officials over the course of action a government should ideally follow.

In the words of these officials, here is what the government of India should do immediately:

1. Reach out to the families of the victims in Unnao and Kathua and seek their forgiveness on behalf of all of us.

2. Fast-track the prosecution of the perpetrators in the Kathua case, and request for a Court directed SIT (Special Investigation Team) in the Unnao case, without further ado.

3. In the memory of these innocent children and all other victims of hate crime, renew a pledge to offer special protection to Muslims, to Dalits, to members of other minority communities, to women and children so that they need not fear for their life and liberty and any threat to these will be extinguished with the full force of State authority.

4. Take steps to remove from Government anyone who has been associated with hate crimes and hate speeches.

5. Call for an all-party meeting to deliberate on ways in which the phenomenon of hate crime can be tackled socially, politically and administratively.

Whether these steps will ever be taken up remains to be seen. However, the suggestions are definitely worth considering.