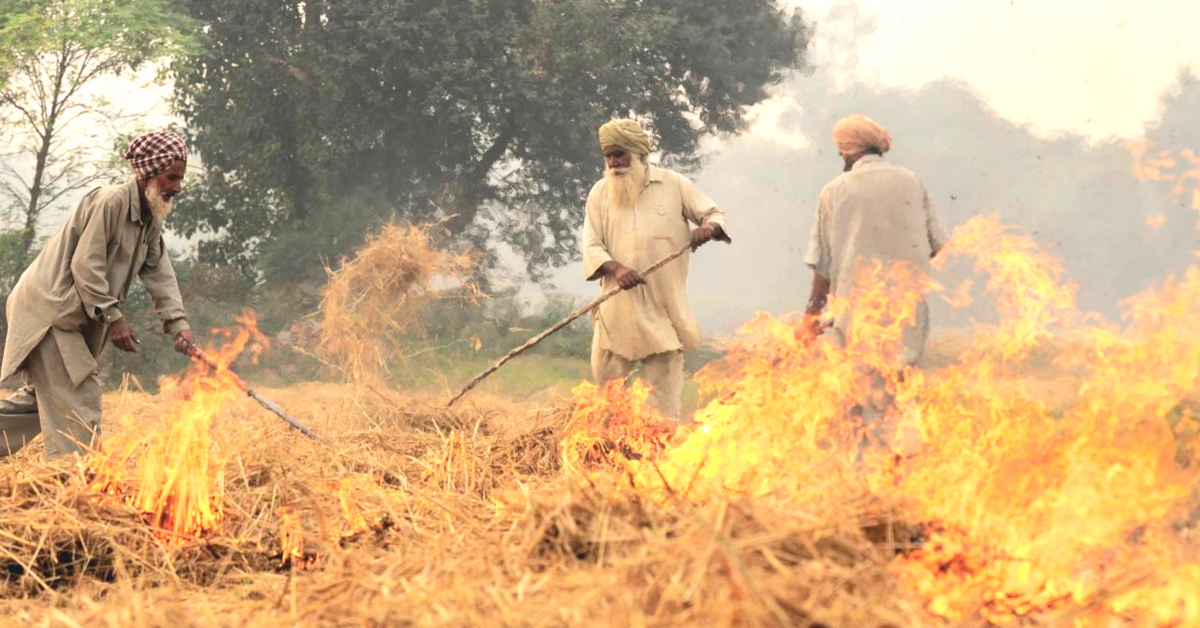 Massive burning of rice stubble in Haryana & Punjab is one of the biggest culprits for poor air quality in the Delhi-NCR region.

It is now mandatory for farmers in Punjab to attach the Super Straw Management System to their self-propelled combine harvester machines for harvesting the paddy crop, reports The Hindu.

This is part of an exercise by the Punjab government to reduce the incidence of stubble (crop) burning in the winter, which exacerbates pollution levels in the Delhi-NCR region.

“We have also instructed that no harvester combine shall be allowed to harvest paddy in Punjab without a functional super straw management system,” said KS Pannu, chairman of the Punjab Pollution Control Board, to The Hindu.

Traditionally most of the residue left behind by the paddy crop is burnt in the months of October-November, quickly preparing the ground for sowing the next winter crop.

“Multiple cropping and shortened intervals between crops give a very short window of about 10–15 days during which the field needs to be prepared for the next crop,” says the Centre for Science and Environment. “This does not give enough time for farmers to allow the straw to be incorporated in the soil or use other traditional methods of disposal.”

“Punjab Agricultural University, Ludhiana, has also recommended that super straw management system is attached to self-propelled combine harvesters, which cuts the paddy straw into small pieces and spread the same. With this method, farmers are not required to burn paddy straw before sowing the next crop,” Pannu added.

Unlike a normal combine harvester, which leaves behind 10 to 12-inch-long stubble, the use of this Super Straw Management System with the combine harvester machine cuts the paddy straw into pieces of 4-5 inches, spreading them out uniformly. One can plough the straw left behind or kept as it is for the sowing of wheat using a zero-till ‘Happy Seeder,’ reports The Indian Express.

Read also: Centre Has a Rs 100 Crore Project to Tackle Crop Burning, but We Need More Than Money

It’s a little early to say whether this is a long-term solution for stubble burning in states like Haryana and Punjab, but initial trials by progressive farmers seem to suggest that it is working, although there are questions over its efficacy if the paddy straw is a tad moist.

Meanwhile, farmers in Punjab have also started using an environment-friendly ‘waste decomposer’ solution. The small bottle of solution costs Rs 20 and is developed by the National Centre for Organic Farming and Ministry of Agriculture and Farmers Welfare. Officials claim that it can decompose over 10,000 metric tons of biowaste in 30 days.