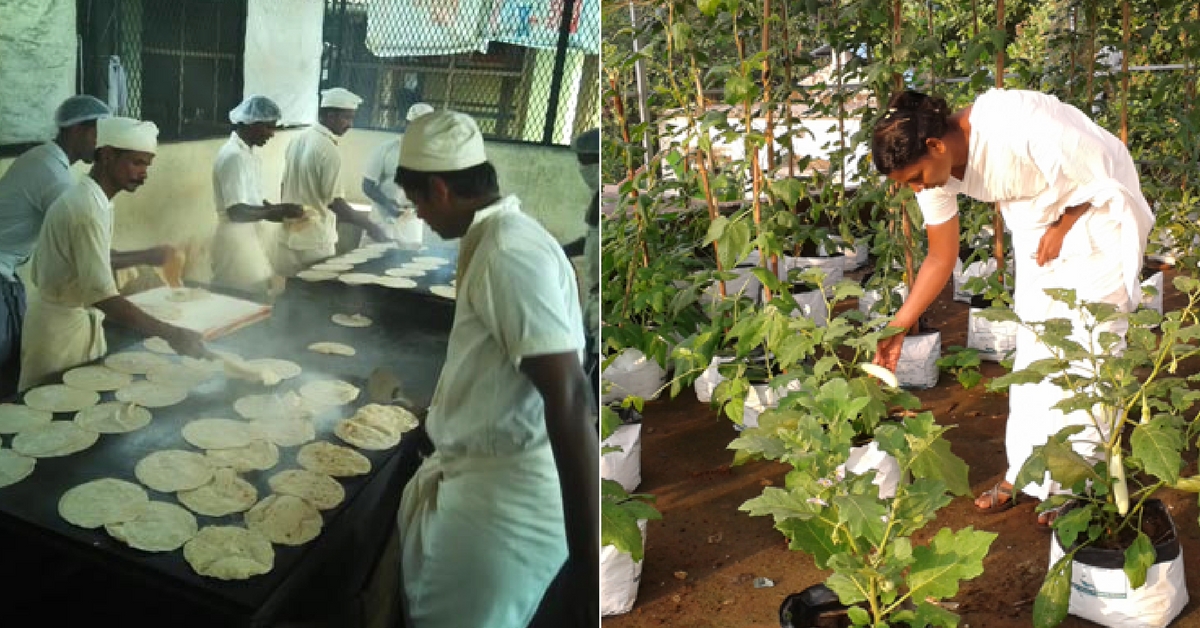 The initiative is called Food for Freedom, and is enabling prison inmates with skills to earn a livelihood, while also satisfying the public!

Prison inmates across Kerala are abolishing the stereotype of prison food, with a program called Food for Freedom, under which cafeterias and takeaway stands have been set up in districts across Kerala, where inmates cook all sorts of dishes from the prison kitchens and serve it to the public.

According to R Sreelekha, the current Director General of Prisons and Correctional Facilities, Food for Freedom was conceptualised in 2012 and consisted of only two dishes: chicken curry and chapati, cooked by an inmate who was an exceptional cook. Since then, it has expanded to a fully fledged operation covering Kannur, Thrissur, and Trivandrum.

It was the then-DGP, Loknath Behera, who opened the first cafeteria at the Poojappura Central Prison in Trivandrum, in 2016.

Today, the facility is equipped with air conditioning, parking space, wi-fi, and mobile charging points. More importantly, it has affordable, and tasty food cooked by the inmates of the prison.

The Kannur prison will soon get a similar cafeteria.

According to Ms Sreelekha, the public response to this initiative has been overwhelming.

“The food is affordable and is delicious. Since we are exempt from taxes, we can sell the food for cheaper prices and people tell us how good the food is, all the time,” she says.

Here, you can get one chapati for Rs 2, and chicken biryani for Rs 60. Curries range from Rs 10 to Rs 30, and items such as ghee rice, gooseberry juice, chilli chicken, and vegetable korma have been added to the impressive repertoire.

Bakery units have also been set up in Thrissur and Kannur, where women prisoners make items such as fruit cake, butter cake, chips, and other local snacks!

According to Ms Sreelekha, future plans include the expansion of the bakery unit to prisons in Trivandrum and launching their own brand of ice creams.

“We even supplied food to rehabilitation centres for three days after Cyclone Ockhi occurred, to feed the displaced people,” she explains.

You may also like: Prison Done Right: 5 Reasons Why India Must Learn from Telangana’s Prisons

The inmates also cultivate their own organic vegetables, which they use for cooking. When these vegetables are in excess, they are sold in stalls outside the prisons three days a week. Under Ms Sreelekha’s guidance, prisons have also begun aquafarming, and the entire operation is managed by the inmates themselves.

Today, there are over 800 inmates who are working in food processing units alone, and the revenue generated in the previous year is around 26 crores!

So, what has this done for the inmates?

They have been trained by professionals on how to cook all kinds of dishes. This has equipped them with the skills they need to build a future for themselves. It keeps them occupied and motivated to stay on the right track, rather than resorting once again to a life of crime upon release. Success stories have been frequent.

“They have been able to earn a livelihood. Wages depend on the kind of work they do. For example, cooks are given Rs. 140 per day. Once they are released from prison, they can start their own restaurants, because they have the skills and the experience,” Ms Sreelekha concludes.