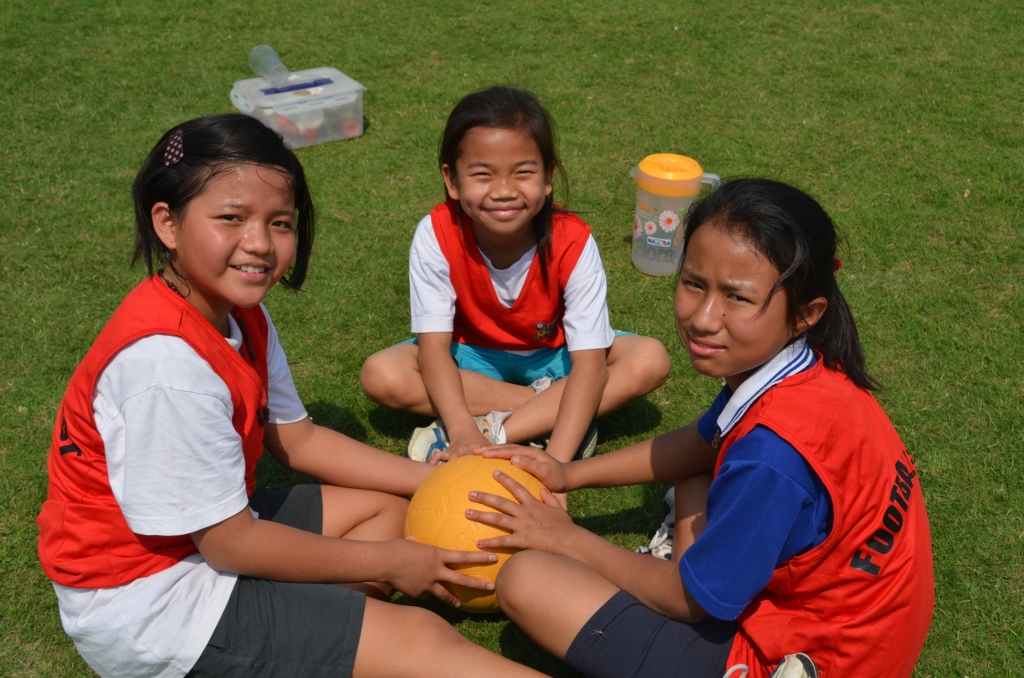 The Football Link helps the kids to achieve a overall development in their personality.
Promotion

When Mukesh joined TheFootballLink, he was just another kid who would aimlessly wander around with his friends, perform poorly in studies and wouldn’t care much about his family. And then his life took a 360 degree turn when his friend took him to one of the sports sessions organized by TheFootballLink and Delhi police.

“Since then my life has changed drastically. I have a set routine, I have stopped wandering around, I feel healthier and spend time with my family, my grades have improved and my parents are also happy,” Mukesh proudly says.

Mukesh is one of the many kids who have found direction and prudence through football. We have all heard of the proverb ‘All work and no play makes Jack a dull boy’, and this team of sports enthusiasts believe in living up to every word of it.

It all started when Chetan Misra, founder of TheFootballLink, returned to India in 2010 after spending 10 years of his life in United States. While working there, he spent a lot of time exploring the social and competitive successes of the grassroots football programs for girls in the US.

When he got back to Delhi he started FootballFirst, a football coaching company to develop grassroots-level football and promote a healthy lifestyle through the latest international youth training techniques.

This wasn’t enough as Mr. Misra had a bigger goal in mind – to reach out to a large number of kids – and he took the help of Delhi Police to achieve his target. He also associated with Project Yuwa that works towards a holistic development of the underprivileged kids.

He expanded his initiative by starting TheFootballLink to advance the football eco-system and create a sustainable balance between the four aspects of the football industry in India – social benefits, advertising, a medium of entertainment and a center of learning.

“Football is the cheapest sport. You don’t need any equipment to play it unlike other sports. A poor child can afford to play it as easily as a rich one can. It is a global sport and that’s why we want to channelize the kids’ energy through this sport and use it for their betterment,” says Nipun Bhalla, manager, TheFootballLink.

Getting the police involved

The small team of 5 to 6 members has come up with an idea to involve the local police with their initiative. They want to reach out to the police stations and appoint one policeman from each station as a mentor for that particular area.

The appointed policeman will look after the allotted area, interact with the kids and visit the sites. The regular interaction will generate trust among both students and their families.

“As these kids become familiar and comfortable with these policemen, they tend to share their family problems as well, and if required the police can intervene and solve the issue. Also, these policemen come to know these children very well, so the kids develop a sense of responsibility and stay away from anti-social activities,” says Mr. Bhalla.

TheFootballLink team organizes surveys every month to keep a track on the students and measure the impact of the sport on the lives of the children.

“Our motto is ‘Football For All’ which focuses on breaking the divide between the rich and poor. Children from every section of the society come together and play in the same field, which is very fascinating,” says Mr. Bhalla.

Having started with 1 centre training around 200 kids in December 2012, The Football Link now reaches out to over 600 students through its 4 four centres across Delhi.

“The children engaged with the organization have seen a drastic change – they are much more organized, confident and healthier,” says Mr. Bhalla.

The team conducts various medical camps and gives nutritional advice to the kids. They also organize various workshops to train the coaches.

“The biggest challenge is to get the kids on the ground. They come from different family backgrounds and to persuade their families that this is beneficial to them is a challenge,” says Mr. Bhalla.

To overcome this problem, TheFootballLink organizes various awareness campaigns and presentations in the slums to influence the families and kids and get them involved in the initiative.

Another challenge they face is getting the funds to organize various activities and events across the state.

The Football Link organizes “Mohalla Football Festival” where around 500 kids participated last time. The organization plans to make it a bi-annual event to reach out to around 5,000 students.

The future goal is to open five more centres in Delhi and engage over 1,000 students in the next six to eight months.

“We are also about to sign an MOU with the Sports Authority of India to train grassroots-level football and prepare students for the Under-17 FIFA 2017,” says Mr. Bhalla.

How can you help?

Want to associate yourself with TheFootballLink? You can either help them with funds through their crowd-funding platform or donate sports equipment. You can also help them out by just spreading the word about their great cause.

“All it needs is passion and dedication to make a change,” says Mr.  Bhalla.

Inspired enough? Go get your kids to the playgrounds and build a better future for them.