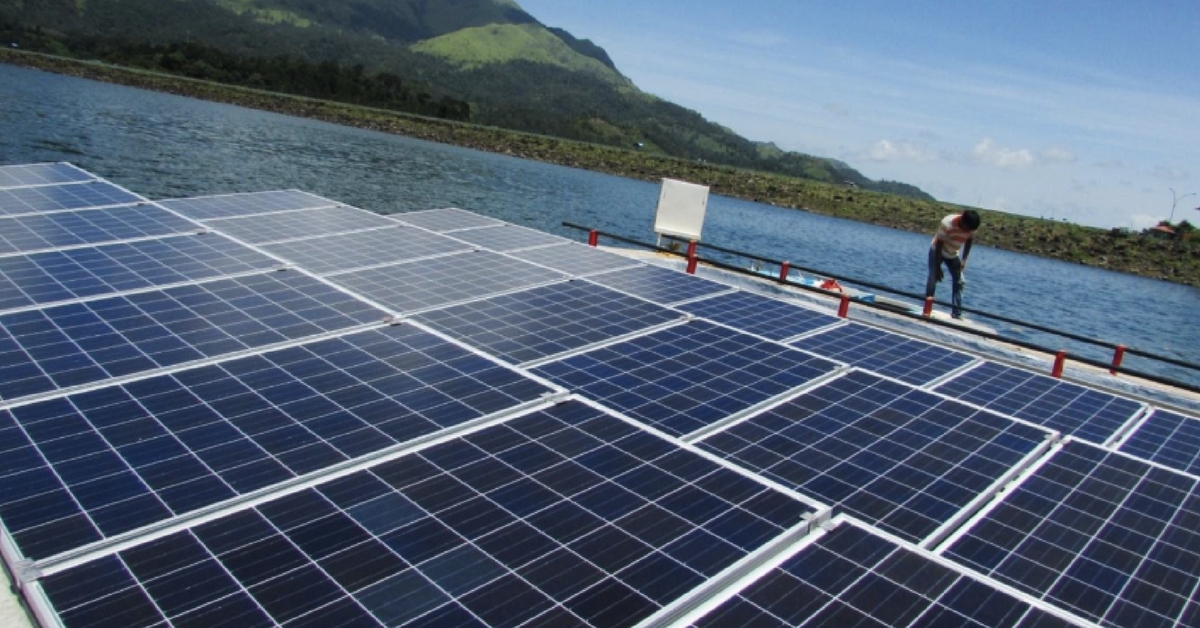 India’s largest floating solar plant located in Banasura Sagar reservoir in Wayanad, Kerala, is all set to start operations. The entire construction and installation work was completed this month.

Made of Ferro cement floaters with hollow insides, a total of 18 floating platforms with solar photovoltaic(PV) panels have been installed on the reservoir’s water surface.

“The installation works of the floating solar panels are over and the plant will be ready for inauguration soon,” said Manoharan P, an assistant executive engineer at the KSEB research and dam safety sub-division, Thariyode, reports The Times of India.

The project had commenced last year in March, with the plant being set up in collaboration with Thiruvananthapuram-based Adtech Systems Ltd. According to officials of the private firm, the plant will generate 7.5 lakh units of power annually, which will be fed to the KSEB grid using underwater cables.

You may also like: This Man Built a House That Harvests Rainwater, Produces Solar Energy, Organic Food, and Biogas!

“We have used high-efficiency solar panels for the project as per KSEB stipulations. Also, we have set up a floating substation on the reservoir to convert the output into 11kV considering economic and safety aspects,” said Raveendran T Nair, vice-president (projects) of Adtech Systems Ltd.

He also explained that the floating solar plants, when compared to ground-mounted counterparts, showcased higher efficiency owing to the moderating effect of water bodies on panel temperature, besides accumulating lower concentration of dust on the panel.

The 500kWp project is reportedly a scaled-up version of the 10kWp floating solar project that was installed in Banasura Sagar reservoir in January 2016.