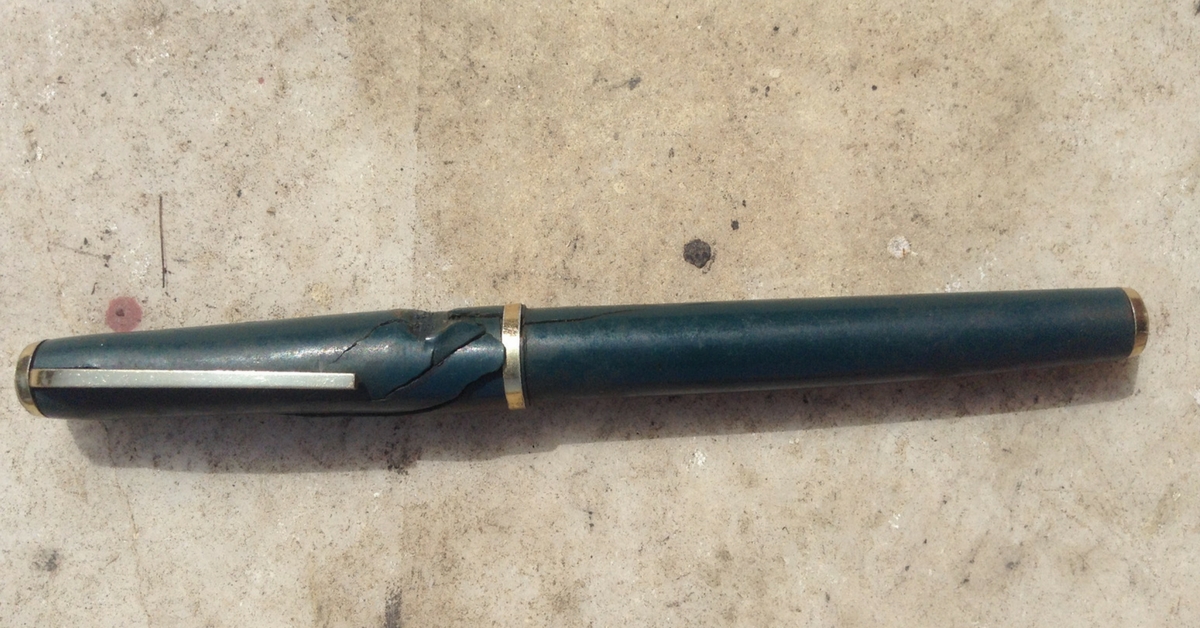 Nothing can dampen the spirit of those who have been confronted by death. Maj Ramesh Shanmugham talks about the battles that almost killed him.

Enamoured by the regalia of many in the services, Maj Ramesh Shanmugham joined the NDA and was commissioned as an infantry officer into the 4th Battalion of the Madras Regiment when he was 21 years old. He was fortunate to be made the Adjutant of the Battalion with just 2 years of service, and as luck would have it, this was the time when India and Pakistan went into battle in 1965.

He narrates the story of the battle, how he got injured and what happened to him thereafter.

“Our battalion was part of a Mountain brigade, basically equipped to fight in the mountains. But, when the country was on the brink of war, we were brought down with our equipment and had to go to battle in the plains.

Pakistan was making its way into India from the Chumb sector. Their ‘armoured’ had captured Chumb and they were getting close to taking over Akhnoor. We were launched immediately to secure the Akhnoor bridge, lest India lose all communication with Poonch and Rajouri.

On the night of 7th September 1965, the Brigade was tasked to move into Pakistan and take over the Maharajkey village. The other two battalions of the Brigade moved ahead of us but had to come to a halt at the International Border, as one can cross the border only when war is officially declared. Later that night the official declaration of war came through, by which time our battalion too had reached the IB. Thus, we went across the border to capture the objective.

As we were moving ahead, the enemy machine guns opened fire. This was one hell of an experience as I had never faced live firing before. The firing was very heavy and I saw people around me falling down – dead. My signal JCO, Sub Nambiar- a tall man, was standing next to me and suddenly I saw his helmet collapse over his head. It was very disconcerting. I was terribly scared.

Frankly, everyone is scared at war, but we have to try really hard to conceal it, especially as an officer and if in command of his men. The Indian Army Jawan is one of the best in the world. He will do your bidding and follow you to any length; provided he has confidence in you. So, as an officer, you have to overcome your own fear and set an example for him to be comfortable with.

Keeping this in mind, I made a call to the Brigade Major giving him a report on our situation. He probably sensed the fear in my voice and commanded me to go ahead and get the MMG from the enemy before the night was over. This was his way of motivating me.

I moved ahead with a handful of jawans and one JCO, to get hold of the MMG that was being fired at us. Every 5th round of the MMG is a tracer. This facilitates the person firing the gun to see the target in the darkness. Following the parabolic arc of the MMG bullets, we moved ahead avoiding being hit. As we got close to the objective we realized that the enemy was not in a trench, but comfortable in a bunker.

Suddenly I felt something burning like fire at the back of my palm, I looked at it and in the moonlight, I could see a bone sticking out. I told my JCO that I had been hit, but he only said, “Don’t worry Saab, let’s charge”. And Charge we did!!

God’s great gift is that after the initial impact of being hit, the whole limb eventually becomes numb and you are able to forget the pain and do the things that you have to. I could, therefore, follow my JCO’s suggestion and could lead the charge.

Fortunately, for some reason, the enemy thought that they were outnumbered and decided to come out of the bunker and surrender to us. We captured the MMG and after I wrapped the first field dressing on my hand we moved back, to report our success to our Commanding Officer. It was first light by this time and we all had to move ahead to capture the Maharajkey village.

All of a sudden another MMG opened fire and my CO got hit. Holding his chest, he shouted, ‘Mar Gaya, Mar Gaya’. All the others hit the ground, which was the right thing to do, but I, on an impulse ran towards him into a hail of bullets, being hit again, this time on the upper arm.

It felt like someone had whacked me with a steel rod and there was this loud ringing noise in my ears. All I remember is that I reeled and fell right next to my CO. I noticed a lot of blood to my left side and tried to feel around for my arm. Soon the stretcher bearers came to evacuate me and when they placed me on the stretcher my arm swung out from under me and was dangling on my side.

The battle continued and we captured the other MMG and eventually the village.

Out of the battle zone, I was first taken to the Advanced Dressing Station, where I was given the first medical help. As I was undergoing treatment in the open, we heard the sound of two enemy Saber aircraft coming in our direction. All the wounded personnel were left behind and the others ran into the bunker for cover. I was sure, my end had come. After all, how many times could you cheat death?

It was amazing how in just a few seconds, my entire life flashed in front of my eyes, like a movie.

Fortunately, the aircraft’s were on a recce mission and hence did not fire at us. Looking at my experiences in the 1965 war, I remember the saying, ‘you live only twice, once when you are born and the other when you see death in the face’.

One of the biggest fears I had, when I was all plastered up and could barely move my left side, was that I would never be able to drive a car again. I loved driving and all my friends and colleagues knew that. Towards the end of my stay at the Pune hospital, a colleague came to visit and took me home for a few hours. He placed the car keys in my hand and commanded me to take the wheel. I was flabbergasted, yet decided not to argue and sat in the driver’s seat.

I owe my second life to my Wilson’s pen, which I always carried with me. One of the bullets was deflected by this pen. But for the presence of the pen in my pocket, maybe that very bullet could have hit a sensitive spot in my body and killed me.

For the next two years, I was moved from the Military Hospital at Jhansi to Lucknow and then to Pune. My upper arm had been hit by 6 bullets, which immediately shattered the bone. Over the next couple of years a successful skin graft was done, followed by a bone graft (with chips from the Iliac Crest, the hip, mainly to strengthen my upper arm) and later a wrist drop was rectified using the tendons from the forearm.

There seemed very little scope for active service with my left arm being so different from my right. I was fortunate to have been able to grab an opportunity to shift into the Cabinet Secretariat. I retired from the Army in 1971 and joined the diplomatic service.”

It is more than 50 years since that fateful day when he got injured in battle and almost lost his life. His spirit is not dampened one bit and even at 75 years of age, he continues to live life, just as boisterous as he always was.

During his service in the Cabinet Secretariat, Maj Shanmugham earned himself the Indian Police Medal and the Sarvottam Seva Praman Patra for distinguished services. His shortened left arm and the inability to use it to the maximum never came in the way of his doing well in life or his enjoying life to the maximum.

Today, he lives a happy retired life in Hyderabad with his wife. They have lived a very happy and content service life and now enjoy the peace of their home with family and friends.