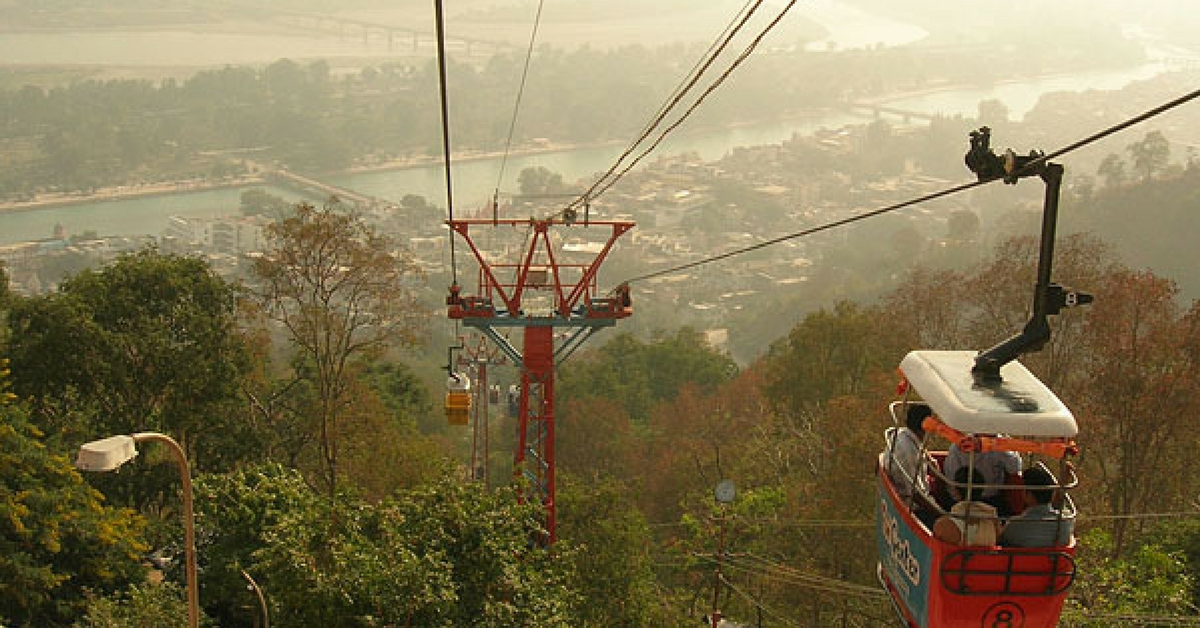 The ropeway from Kailasagiri to Dolphin’s Nose may pass over the entire RK Beach Road stretch covering nearly 12 km – the longest in the country, while the one between Kailasagiri and Simhachalam will be less than 2 km.

Visakhapatnam, or Vizag, might just become more tourist friendly in the coming years. How? The Andhra Pradesh Government is looking to create the longest ropeway between two hot tourist spots in the city!

Andhra Pradesh’s Tourism Department in collaboration with the Visakhapatnam Urban Development Authority and Greater Visakhapatnam Municipal Corporation, have identified two stretches across which a ropeway can be set-up, the Times of India reported.

Kailasagiri is a hilltop park that sprawls over 380 acres of various flora and tropical trees. The hill, at 360 feet, overlooks beaches, forests and the city of Visakhapatnam.

Simhachalam hill houses the famous Varaha Lakshmi Narasimha temple. As for Dolphin’s nose, this huge rock land resembling the shape of, you guessed it, a dolphin’s nose, has a powerful light-house that guides approaching ships to the harbour.

The three spots have a steady footfall of tourists every year. Ramping up their approach with a ropeway would, hopefully, work in the city’s favour.

The significance of this ropeway?
The ropeway from Kailasagiri to Dolphin’s Nose may pass over the entire RK Beach Road stretch covering nearly 12 km, while the one between Kailasagiri and Simhachalam will be less than 2 km. The former will be the longest in the country!

You may also like: How One Woman Left Everything to Stop Tribal Girls From Being Trafficked in Jharkhand!

Earlier this year, it was reported that the longest ropeway was being set up in Mumbai between the city and Elephanta Island, situated in the Arabian Sea, over a stretch of 8 km.

APTDC divisional manager TV Sudarshana Rao said to ToI, “Tourists can have a panoramic view of the sea on one side and lush green hills on the other while travelling in the glass-domed cable cars. We have earned Rs 8.60 crore by serving 2.55 lakh tourists from April to July this year.”

But wait, there are a few boxes to tick before the project can be sanctioned –
An Ahmedabad-based consulting agency has been asked to study the viabilities of the two stretches and prepare a detailed project report (DPR). The agency would charge Rs 4 crore to do the work and likely to hand over the DPR in next three months.

Once the project report is prepared, the tourism dept and others will hold a review meeting before confirming the model suggested by the agency.