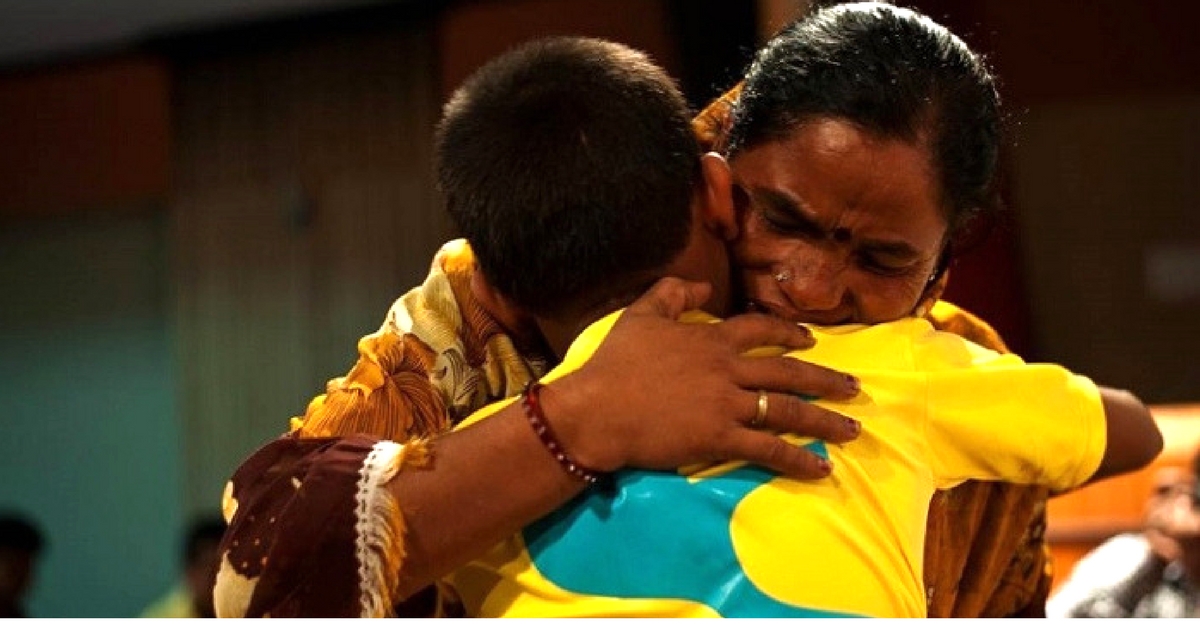 The work of the volunteers begins right from identifying a runaway on the railway platform to safely handing them over to parents.

You see them everywhere. Their hands slide through the window at a traffic light, asking if you have change to spare. The same tiny hands sift through a pile of dirt to collect recyclable items. Barefoot they run, on railway platforms and in crowded market places. Rejected, judged, sometimes just pushed away, they don’t bear a face in the minds of thousand of Mumbaikars, stamped under one category — runaway kids.

According to the Missing Bureau Crime Report:
1 child is registered missing every 8 minutes and 200 children arrive at various stations and junctions in Mumbai.

The first time Vijay Jadhav reunited a runaway kid as an independent social worker in 2004, in a Parbhani in Maharashtra, the village thanked him by raising him on a elephant. Seventeen years later, there might not be elephant rides anymore, but the joy of seeing parents reunite with their kids still keeps him going.

Registered in 2006, Samatol Foundation is a non-profit Social Organization, which works for the upliftment and rehabilitation of runaway kids. It has successfully reunited over 10,000 children with their families in the last 13 years.

The vision of Samatol is to build the Indian society into a Baal Premi Samaj (a Child Friendly Society).

They have a team of volunteers working on Railway Stations that observe platforms to pick runaway children from 5-15 years of age.

The work of the volunteers begins right from identifying a runaway on the railway platform to safely handing them over to his/her parents.

“There were times as an individual volunteer, I got lathicharged, because the police thought I was picking children for illegal work. It has taken us years to make the authorities understand our line of work. When interrogated about why we do this? My argument has always been- because you(authorities) don’t do it, we are doing it,” says Vijay.

“Identifying a lost/runaway child on a railway platform may seem easy on the surface, but taking custody is very difficult. In most cases, the children are so used to staying independently, that they don’t agree to go with the volunteers. To gain their trust and confidence is a serious challenge,” he adds.

The child needs to be registered at the nearest Railway Police Station and thereafter taken for a Medical Examination at an allocated government hospital in accordance with the registered number at the Police Station. The volunteers, meanwhile, try to trace the child’s family and/or relatives.

The newly found children are accommodated at temporary shelters and Government-run observation homes till the root cause of their running away is known. .

“After obtaining complete custody, they are brought to our camp site situated in Mamnoli, Kalyan, known as the “Manparivartan Shibir”. This is a 45-day rehabilitation camp, where the children are counselled, mentally and physically, to develop love and affection towards their families,” says Vijay.

During the counselling process, most children reveal their family details. These details are conveyed to the contact person of the respective state working for Samatol. Once the family members are traced, they are asked to attend the farewell ceremony held on the last day of the camp.

Who is Vijay Jadhav?

Vijay Ramchandra Jadhav, born in Bori village, Taluka Junnar, Pune, has received over 25 awards for his contribution to child rights. In his adolescence, he would cycle 32 km just to go to college. Financial constraints restricted him from completing his graduation, but he pursued an ITI course in Power Press Machine Operating and landed a job with Godrej in Vikhroli.

In 1999, he realised social work was his true calling. He was active in the Narmada Bachao Andolan and the Child Rights Unit of YUVA (Youth for Unity and Voluntary Action).

He pursued a social diploma from Nirmala Niketan and completed his course in slum studies from Ruia College.

After years of work, Vijay is trying to convince the government that children-friendly officers need to be appointed at crowded places like railway junctions, bus, auto & taxi stands, hospitals, schools and colleges, and most importantly market areas.

Samatol has two classifications for kids –

“There are various reasons why children run away from home. These include broken homes, single/step parent issues, poverty, pressure from school,neglect, trafficking (organ and sex trafficking), in search of work, fascinated by cinema and glamour and city attraction,” shares Vijay.

Samatol has established a temporary shelter Daddoji Konddev Stadium, Thane, where 3-5 children live with the volunteers on a daily basis. It can accommodate around 10 or 15 people.

Every month, around 15-20 children meet with their families through this temporary shelter.

“In Mumbai, Dongri is the only observation home (nearest to CST), and frequently overflows its capacity. Due to large number of children, the home cannot offer a satisfactory environment for them,” explains Vijay.

Rather than sending the children to an Observation Home, which is a jail in the child’s mind; Samatol Foundation keeps them in these shelters.

Samatol holds send-off ceremonies in various parts of the city. They are also organised by different trusts and clubs.

“All the parents are counselled 2-3 days prior to the ceremony. Discussion lie in the realm of the child’s problems and what recourse the parents can take for their well-being,” says Vijay.

During the event, the children perform various prayers learnt during the camp and perform dances alongside patriotic songs. The ceremony ends with an emotional reunion of the children with their families on stage.

Read more: This Volunteer Surprised 14 Mumbai Street Children with a Gift They Never Dreamed Of

Samatol Foundation currently functions at Mumbai C.S.T., Dadar, Kurla Thane, Byculla, Bandra, Borivali and Kalyan Junction stations within Mumbai. It has also extended its working territory to Pune and Bhusaval stations outside Mumbai. In the near future, it wishes to work on stations like Amravati, Aurangabad, Nanded, Nagpur, etc.

You can email them at foundationsamatol@gmail.com

In order to help runaway kids, download the Samatol App and become a ‘Samatol friend.’ If you ever come across a runaway kid, you can strike a conversation, click a picture and send the details to the nearest junction volunteer and Railway Protection force in the area, the volunteers will come to rescue the kids.