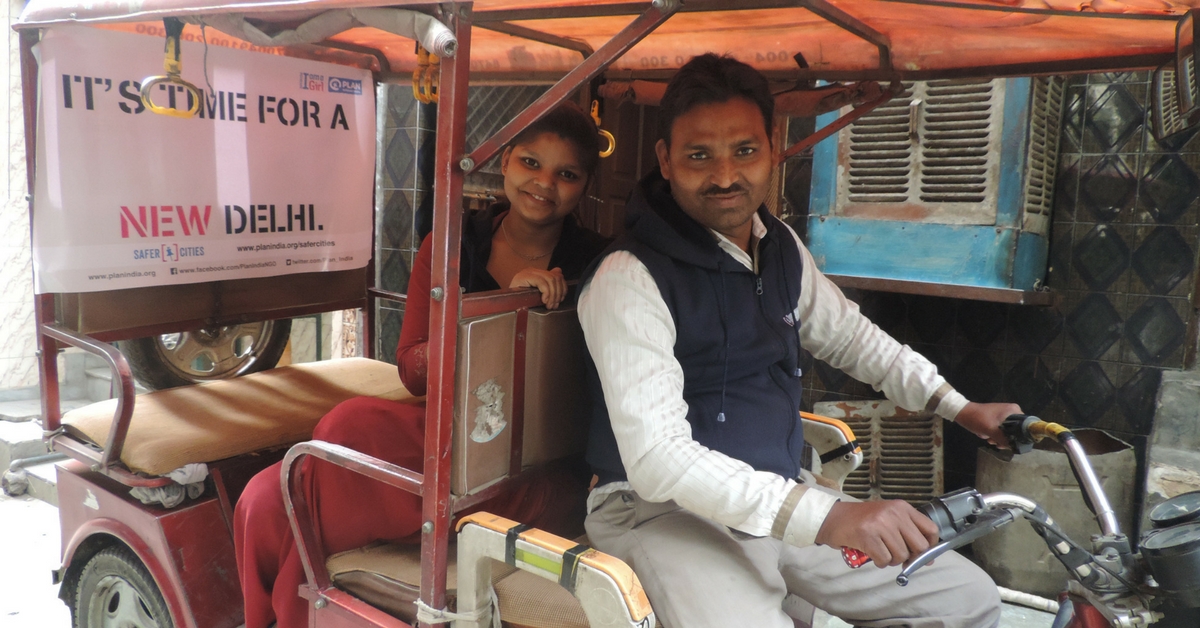 A young teenager’s fight to make her city and community safer for girls and women has inspired her family members to join the cause and spread the word about women’s safety as well.

“Everybody is precious and has their own values,” says Meera, a spunky 17-year-old member of a Safer Cities girls’ club in Delhi. Meera is the youngest in a family of eight. She is currently pursuing a Bachelor’s Degree in Commerce from Delhi University. Along with her father, she has made significant strides in making her community safer for girls.

The face of the Safer Cities Campaign in her locality, Meera was initially hesitant to join. This was because she endured constant eve-teasing when walking to and from school. She and her friends only ventured out when accompanied by a family member.

All this changed when Meera attended a meeting organised by Plan India on gender equality and girl-friendly public spaces. Struck by the immense possibilities that lay ahead, she became a member of the Pahal (“Initiative”) girls’ club, and was soon leading community activities and safety assessments, in addition to advocating with adult stakeholders and government officials to address issues faced by girls in her community.

With Meera at the helm, street lights and CCTV cameras were installed in her locality. Additionally, security guards have been positioned outside local schools. Even local leaders have been roped into programme implementation.

Father stands by his daughter

Needless to say, Meera has been integral to the visibility and success of Safer Cities in Delhi. Her sphere of influence has only widened with time. Encouragement came from her father, an electric rickshaw driver who is also associated with the programme.

With Meera’s encouragement, he participated in a sensitisation workshop for informal transport staff. It is with great pride that she speaks of the marked change in his attitude towards girls since then.

Now, he is an avid promoter of girls’ rights, and counsels other drivers on the need to ensure the safety of female passengers. As part of the campaign, his rickshaw was one of the first to be selected as a “safe space” for girls and women in Delhi. The campaign aims to create spaces – be it in public transport, or the homes of supporters – for girls and women across the city to seek shelter in times of distress.

What’s more, as a result of Meera and his encouragement, Meera’s mother too is part of the campaign. She is involved with the community-level child protection committee. Together, they discuss gender equality and parents’ responsibilities regarding child rights.

Galvanised by Meera, a powerful and self-assured champion of change, her entire family and community have made great strides towards building a safer city for girls.

“Because of the BIAAG programme, I have learned many things, and grown from strength to strength. I want to change and better my community, and I am proud to say we have begun to see a difference because of our work. Now, girls and boys in my community – starting from their homes – are treated equally. What better way to ensure inclusive development than to equip both girls and boys with the skills to change the world?”

You too can show your support for Plan India’s Safer Cities Campaign by signing the pledge here.