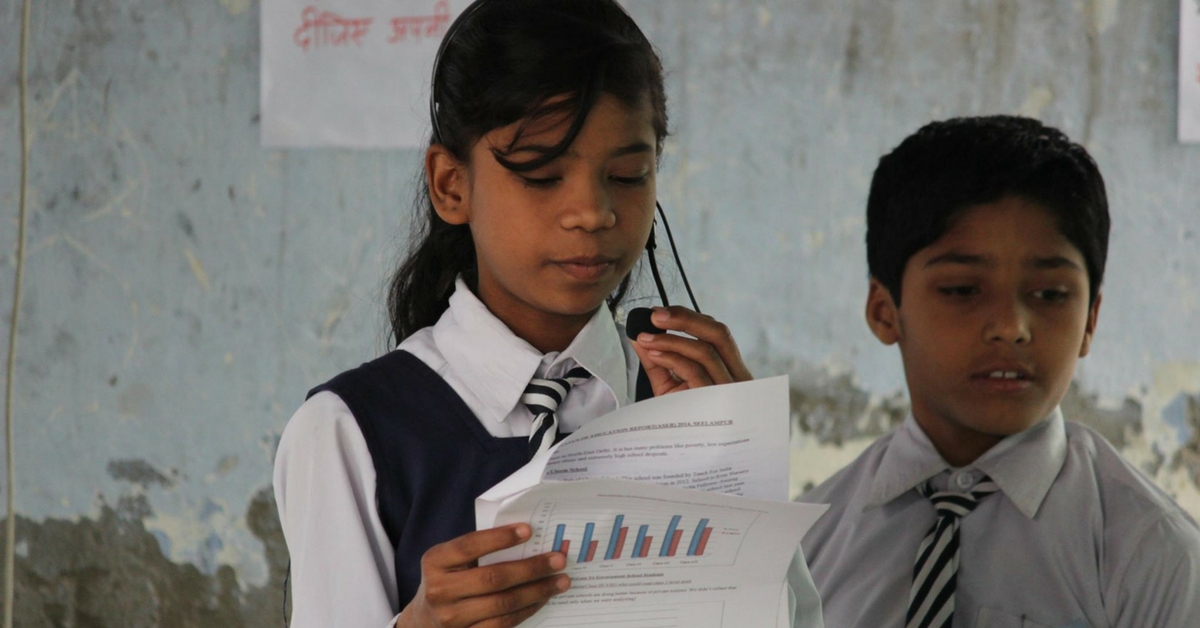 Anurag Kundu has fought a long battle for educational justice and equality, and a recent Delhi High Court order has finally brought his efforts to fruition.

Three years ago, a group of 22 fifth-graders at the Bab Ul-Uloom School in Seelampur – one of Delhi’s lowest income localities – were assigned a unique project—to devise their own child rights charter. “Children should be taught to stand up for what they believe in,” says Anurag Kundu, the 2013-2015 Teach For India Fellow who was responsible for the class. He had named them, aspirationally, the “College Scholars”. He noticed that one thing featured prominently in every student’s charter – that every child should be entitled to a good education.

Theoretically, the national Right To Education Act (RTE) guarantees a good education to all. It also dictates that every recognised “private unaided school is required to reserve 25 % of its entry level seats for students from economically weaker sections and socially disadvantaged groups” (Section 12(1)(c)).

However, when Anurag began conducting research after his Fellowship, as the Lead of Advocacy and Community Engagement at Indus Action, he discovered that a majority of private schools regulated by the North, South, and East Delhi Municipal Corporations (MCD) were in violation of this provision. This meant that hundreds of children from backgrounds akin to the College Scholars were being denied their rights. He was deeply disturbed by the injustice.

“I had always found that in diverse classrooms, children learned better.”

His teaching experience showed him that this diversity fostered the transcendence of the artificial barriers of caste, religion, and financial status. This belief, backed by several empirical research studies, is what drove him to RTE activism.

Anurag began documenting the violations to draw attention to incidences of non-compliance. He spent a year filing Right to Information (RTI) applications, publishing a research study, writing to child rights commissions, and coordinating with other organisations who work on similar themes. By then, he had left Indus Action, but he continued his pursuit in a personal capacity. He sought help from legal professionals and activists, and organised calling campaigns with elected municipal representatives.

When his efforts failed to “break through the apathy of political and government officials”, he filed a Public Interest Litigation (PIL) in December 2016 – the linchpin of his relentless struggle – that marked the beginning of a four-month long courtroom battle. On 26th April 2017, the Delhi High Court ordered the MCD to make the admission process under this provision in private schools fair and transparent. Anurag and his team – Kumar Shanu (advocate), Paras Jain (law student), and Kapil Agarwal (law student) – had scored a major victory.

“This will guarantee the rights of approximately 12,000 children annually in Delhi! Plus, it sets a precedent that can be used in other states when seeking the court’s help,” he says.

During the one-and-a-half year-long legal battle, Anurag found himself applying the skills he built during his two-year Fellowship. The PIL process required methodical planning akin to the process he employed to create unit-plans for his students. His time as a teacher taught him to identify long-term objectives and key resources, break down the plan into stages, and gauge student responses. He converted these classroom takeaways into effective legal strategies.

Of the hurdles he encountered on his journey to justice, Anurag says, “The most important challenge is oneself. One must keep oneself motivated.” The environment fostered by the Fellowship, “where passionate, motivated people surround you”, helped mould his resilient mind-set.

He wished for his students, too, to develop in similar surroundings. However, he notes, “When they don’t have running water in their homes, or proper roofs over their heads, how do you expect them to focus on decimals and percentages? We should make teaching relevant to what the children are experiencing.”

Anurag merged curriculum concepts with issues that his students felt strongly about. As part of their child rights charter project, the “College Scholars” decided to conduct a survey to assess reading levels of children in their community. Anurag used excerpts from texts on the methodology of surveys as English reading comprehension passages for them to decode.

Their efforts, however, did not end there. The students converted their findings into graphs and presented them at InspireED, an education-based conference in Delhi. They also organised a conference for parents, government authorities, educational entrepreneurs, school teachers, and principals to conceive a solution. Through “collaboration, consultation, and consensus”, Anurag’s students took a complex issue and did all they could to remedy it.

Of the schools still in violation of Section 12( 1 )( c ), Anurag hopes that the community can “identify people who are fighting similar battles” and provide the support they require.

Perhaps his most encouraging observation is that one does not require a degree to do the things he did. The lack of one must not serve as an excuse to refrain from righting the injustice around oneself. “One can cultivate all skills,” he says of his research, legal preparation, activism, and writing. It would do the society good to take a cue from his students. Anurag says they “don’t just talk about becoming scientists, computer engineers, doctors, and teachers. They talk about becoming engaged citizens who are also scientists, engineers, doctors, and teachers.”

About the author: Ananya Damodaran is a member of the Communications Team at Teach For India.

To learn more about Teach For India, visit the website.