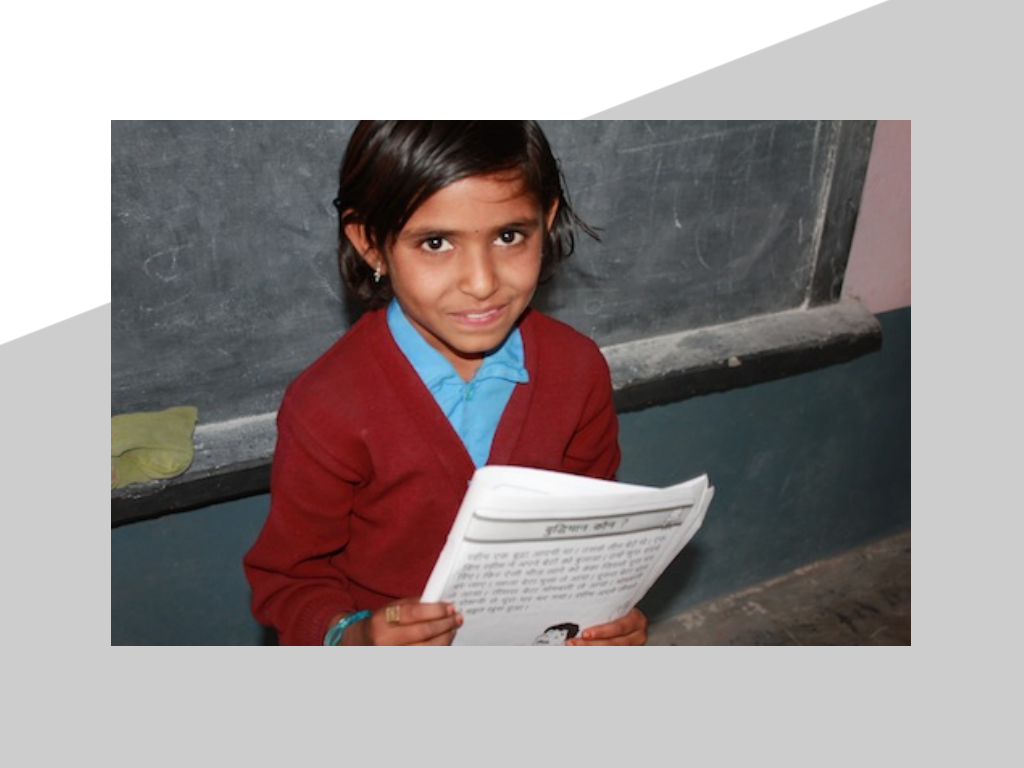 Started five years ago, Educate Girls aims to get as many girls as possible into school so they can benefit from a good education, improve their lives and become an asset to their communities. And what started with just 500 schools has now spread to 4425 schools! Safeena Husain, the founder and Chief Executive Officer, tells us all about it.

Educate Girls started five years ago when Safeena Husain decided to promote girls’ education in rural Rajasthan. She designed a sustainable model where the whole community works hand in hand to enroll girls into government schools. As the whole community was meant to take part into the process, it was meant to succeed. No wonder, the number of school rose from 500 schools in 2008 to over 4,425 schools currently!

Safeena Hussain has always been committed to girls’ education in India and has worked extensively in this field even in the third-world countries of South America, Africa and Asia. The lady has been born and brought up in New Delhi and holds a B.S. from the London School of Economics. She has also been elected as one of the Asia 21 Young Leaders by the Asia Society. When asked about how and why she became so concerned about girls’ education, she replied thoughtfully:

I have always felt that when you educate a girl, you end up empowering the whole society. Educated women contribute to improving the whole community; they have fewer and healthier children, are three times less likely to be HIV+ and marry three years later. ‘Educate Girls’ envisions to achieve behavioral, social and economic transformation for all girls towards an India where all children have equal opportunities to access quality education. We started by reforming government schools for girls’ education. The idea was to leverage existing community and government resources so as to improve access and quality of education for 4 million children living in marginalized communities.

We asked Safeena to share about the kind of people who have been associated with ‘Educate Girls’. Has Indian youth and society’s intellectual population come forward to support the cause?

As Educate Girls welcomes all good will, we end up working with a wide variety of profiles. Most of our Team Balika members are young locals who feel strongly about the well-being of their community. They help enrolling girls into schools and assist teachers in the classroom. They usually volunteer with us several years and are well-respected inside their community. We try to open some volunteer positions to students from the cities and get them to participate in our communications campaigns.

Safeena also talked in detail about the TEAM BALIKA initiative.

Team Balika members are educated youth in the village who work as champions for girls’ education and catalysts for school reform. Team Balika animates the principles of ‘My Village, My Problem and I am the Solution’. They are at the core of our work in the field as they spread awareness on the importance of girl child education and strengthen girls enrollment, attendance and school management. We count an average of one Team Balika member per village where we operate.

Educate Girls has achieved tremendous success in Pali and Jalore village of Rajasthan and has recently started operations in Sirohi. In three years’ time, they are aiming at working in 6 gender-gap districts.

That means a total of 1.6 million children will be impacted and a whole society will be changed. Safeena elaborated on future plans:

We are about to open our programs in Sirohi, and will then launch in three other new districts starting in 2014. We rely on the communities and on the local government to scale. We help the villages improve their schools (adding female bathrooms and ensuring drinking water for instance), get parents to feel strongly about their daughter’s education and recruit dedicated volunteers in the field. After the activities are implemented over two years, Educate Girls works to handover the project to the community during the third year. By 2014, we aim to cover as many as 13,303 schools in 6 different districts. This means developing our programs in four new districts and recruiting more than 3,300 new Team Balika members to work in the field.

It is worth mentioning that Educate Girls has set up a sustainable funding model that requires 2.41 INR per child at the moment but will only require 1.36 INR in 2016 as the costs will be divided by a larger number of beneficiaries. The initiative is financed by government contribution and private funding (individual donors as well as philanthropic foundations) to manage their large portfolio of activities.

In anticipation of rapid budget expansion, the organization has instilled robust accounting, control and reporting systems to accurately measure cash flow, track expenditures and government receivables. Secondly, an impact assessment system has been implemented to track the effectiveness of Educate Girls’ efforts, provide formal reports to current and future donors, and most importantly, enable senior management and the board to improve upon existing implementation by closely monitoring the programs.

A noble initiative like this can never remain unrewarded and unappreciated! Educate Girls is a winner of the 3rd EdelGive Social Social Innovation Honors 2011, The World Bank’s India Development Marketplace award in the same year and the Dasra Village Capital award in 2010. The latest ones include Women Change Makers Award and Rotary’s Anita Parekh Award in 2012. But for Safeena, the biggest award is the public support she has garnered in all these years.

We all can be a part of this initiative as well; let us come forward to support and promote Educate Girls. We stand up against gender-based discrimination in education because we can empower the future generation of women in India only if we give them quality education.

This post was published on Halabol Voices, which is an initiative of Halabol – a platform for initiating change, and reprinted here with permission.
Promotion