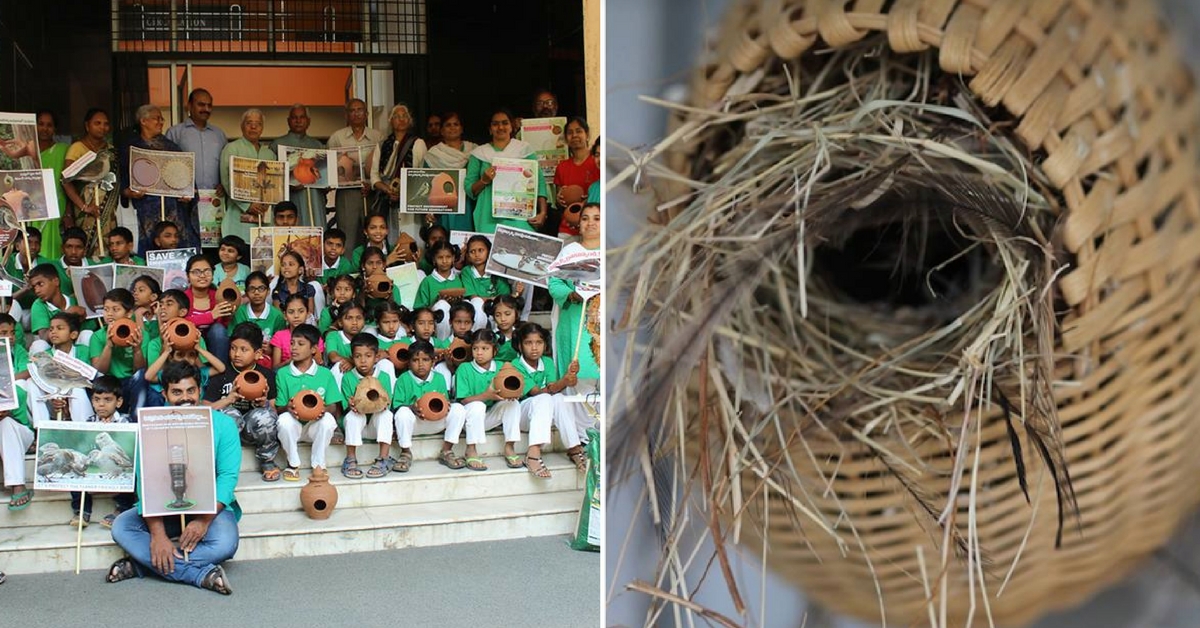 The organisation designed its own nests using dried coconut shells and eco-friendly fibres. This was then distributed to children in Vizag so that they could implement it in their respective homes.

In times where development has been at the forefront of many minds, it is easy to forget about nature which was once rampant in the area. This is something the citizens of Vizag know well. The sparrows, which would often perch on window sills are rarely seen today, if at all.

Paryavarana Margadarsi Vaisakhi, an organisation that aims to protect biodiversity in the area, was formed in response to the alarming decrease in sparrows in the area.

Recently, the organisation conducted awareness campaigns, in an attempt to save a dangerously dwindling sparrow population. According to a report by The Hindu, volunteers of the organisation have been working towards protecting sparrows for the past seven years.

The sparrow population which has drastically reduced in numbers is said to have been affected by the rising development and pollution present in the area. Also, the use of chemical fertilisers offers another threat to the sustainability of the bird species.

The sparrow itself is one of the most widely known birds around the world. It plays a pivotal role in the ecosystem as it aids in pest control, and seed dispersion. This reiterates the need for active conservation methods to be put in place, something that PVM has been striving to do in their own unique way.

You may also like: Coconut Husks, Sand, and More: All You Need to Create a Soil-less Garden!

However, their efforts are not only limited to schools and colleges. PMV has its own share of home-made solutions, which not only will help recharge the sparrow population in Vizag but will also make use of waste materials.

So, how will they do this?

For one, the organisation encourages those who want to put nests, bird feeders, food bowls, or water bowls outside their homes, in an attempt to draw in the swallows. These volunteers are usually eager to join the initiative as well.

The bird feeders themselves can be easily made with biodegradable materials!

The organisation designed its own nests using dried coconut shells and eco-friendly fibres. This was then distributed to children so that they could implement it in their respective homes.

PMV’s other initiatives include terrace gardening, composting, and tips for how to implement natural practices at home

Indians around the world have also committed to preserving the biodiversity of the country in their own ways. One among them is Dinesh Goswami, a daily wage earner who became a conservationist after a chance encounter with a prestigious filmmaker. You can read his story here.