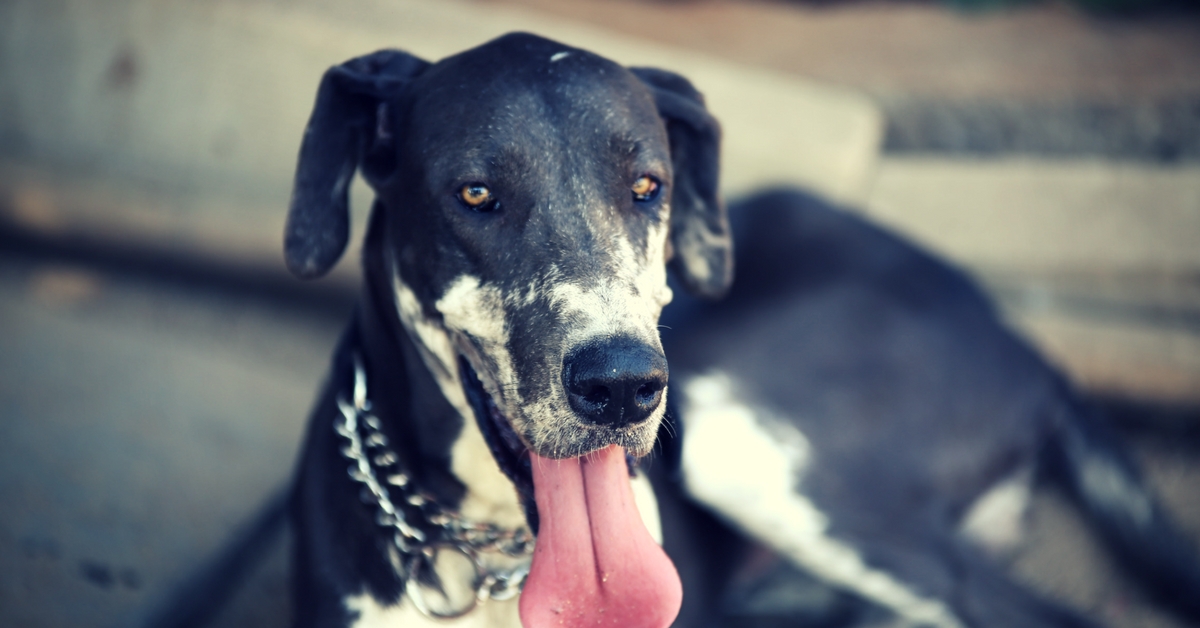 When they can no longer take care of their dogs, people discard them, without a thought.

Ever since time immemorial, humans have kept dogs as pets. Movies like ‘101 Dalmatians’, ‘Beethoven,’ and commercials featuring these adorable creatures have only led to an increase in their popularity.

According to Euromonitor, a research firm, more and more Indians have begun to keep dogs as pets—from 7 million pets in 2009, the figure increased to approximately 12 million in 2014.

Sadly, there is also a dark side—many of these dogs are abandoned by their owners.

The internet is full of such heartbreaking examples. In 2015, the owner of a pet-supplies store in Mumbai rescued a dog lying on the pavement. He had two broken hind legs, severely scabbed ears, and was infested with ticks.

In December 2017, Antony Rubin, an animal activist, found an abandoned female Great Dane, roaming the streets. Her hind legs were fractured and brittle, and this was a result of being forced to breed one time too many, by an unscrupulous breeder, who discarded the poor animal after it had served his purpose.

As the popularity of certain breeds has exploded, so has the rate of abandonment, and people come up with the silliest excuses to abandon their pets. From ‘going abroad’ to ‘getting married and moving,’ there are many other unbelievable excuses that people are what people say when confronted with their crime.

Paws, We Care, is a Mumbai-based initiative aimed at tackling abandonment by nipping it in the bud. It aims to educate prospective pet parents and giving them the complete picture before they commit to a dog.

Asmita Satyarthi is behind this project and wants to make people aware of the commitment levels required, to raise a dog. Reiterating that it is the same as raising a child, Asmita also mentions that breeders also must be made aware of the consequences of abandoning dogs.

“People need to be accountable”, she says, adding that right now, even though there are laws, there is very little done regarding their enforcement.

Paws, We Care provides consultation sessions with those eager to add a new furry family member to their lives. Apart from imparting knowledge to prospective pet parents, the initiative also offers the services of dog behaviourists.

“Raising a dog isn’t very different from raising a child,”, says Asmita, adding that prospective pet owners need to be made aware of the legal ramifications of their actions. While adopting a child, there are a dozen checks and stages, but none are in place for dogs.

“Most people are clueless as to how to properly raise a puppy, and the problem becomes worse as the pups grow older and become adult dogs,” says Asmita.

Paws, We Care, via a free one-time consultation, makes these eager people understand what they are getting into. It makes them aware of the do’s and don’ts, as well as the pros and cons of getting a dog.

The consultation, grooms the prospective dog-owner, educating them about the various basics of getting a dog, and providing advice along the lines of suggesting a particular kind of dog, based on the person’s lifestyle and activity level, and living space.

A typical session also includes an overview of what ownership will entail, including toilet training, vet care, time commitment and the overall responsibility.

Apart from the above, if the person has any specific questions, the initiative will provide answers. It also provides free literature, that contains vital details like contacts of dog behaviourists and trainers and vets, which are very useful to prospective pet owners.

Paws, We Care is also working on a system where there are mandatory check-ins, registrations and other procedures.

Creating awareness about the law, and what it entails to get a dog is  important, explains Asmita, bringing up the Prevention of Cruelty to Animals Act, which has had certain modifications in 2017. The laws are pretty clear, and abandonment has been covered extensively.

“People want pups preferably,” according to Asmita, who also says that she tries explaining to prospective owners that taking care of a puppy is a full-time commitment.

“Most people don’t know about the growing up process and think a puppy doesn’t require much work. However, pups need to be taught obedience, or else there might be issues as it gets older,” she explains.

“Love, empathy and accountability” is the primary aim of the project, says Asmita, saying that people need to be aware of the consequences of abandoning their pets.

In India, it isn’t uncommon to see dogs belonging to certain breeds being used as status symbols. It is, however, these very dogs that are abandoned, because the owners don’t know how to deal with its demands. Additionally, these breeds are expensive to manage and have a host of health problems, brought about by unscrupulous breeding practices.

“Pedigreed breeds get abandoned a lot’, says Asmita, and that is a fact. It isn’t uncommon to see a Siberian Husky or a Saint Bernard, in Bengaluru, Mumbai and Delhi—three cities that record summer temperatures above 30 Degrees Celsius.

Asmita also works with school children, because teaching children at a young age, what it is to interact with a dog, is the best way to influence young minds positively.

“Pet abandonment is a crime”, stresses Asmita, who mentions that here, anybody can get a pet. Dog owners are not aware of the various laws involved. A lot of dog owners don’t even register their pets, as is mandated.

“We want to instil a sense of responsibility and accountability in people, and curb dog abandonment in India,” says Asmita, adding that people need to be fully aware of everything they need to, before getting a dog home.

With incomes rising, and people increasingly turning to pets to fill the void caused by urban loneliness, it is only fitting to attend a session with such organisations before getting a dog.

You may also like:- A Family’s Commitment Has Helped Give Onsite Treatment to Over 2,000 Street Dogs in Delhi

Dogs are not toys or inert artefacts. They are living entities, who need love, care, attention and more from us, just as we expect from them. It is time we acted responsibly, and give back the unconditional love we receive from man’s best friend.

Get in touch with Paws,We Care here.