India on a Plate: Home Cooked Food From Across the Country, Right in Your City! 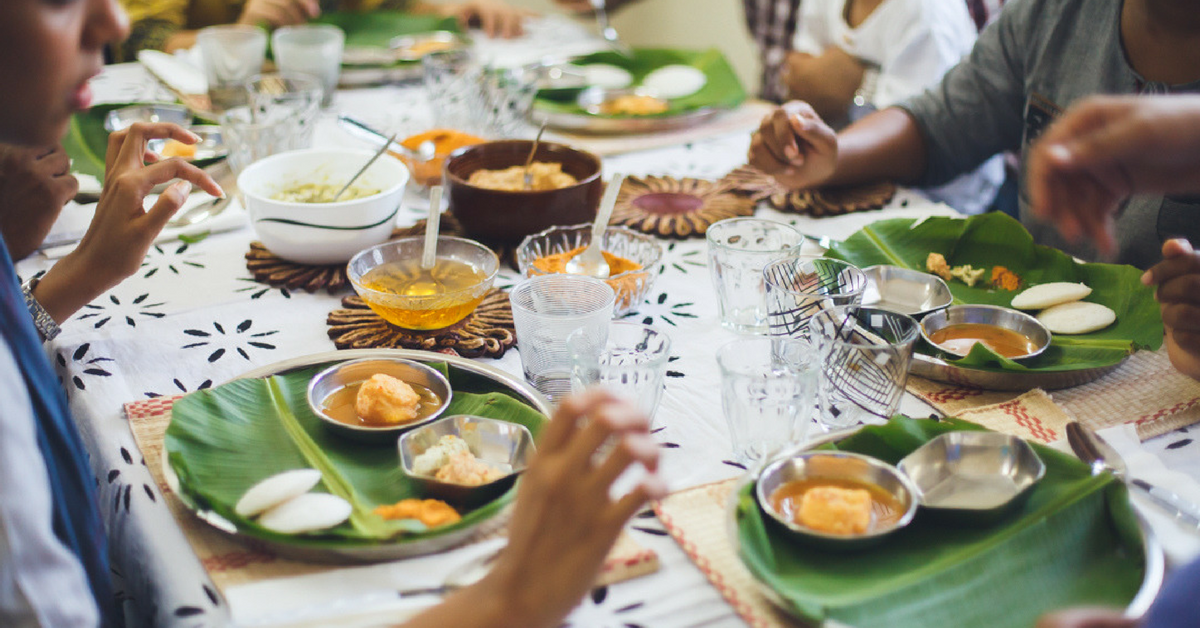 The increasing migratory population has also worked in favour of this venture as people are open to new experiences and willing to step out of their comfort zones.

“If you really want to make a friend, go to someone’s house and eat with him… the people who give you their food give you their heart.” -Cesar Chavez

And how about getting a heart from each state of India along with their delicious food?

If you are in Mumbai, you can have a taste of Kerala in Goregaon East or eat age-old recipes of Odisha at Sewree. You can indulge in the warm and hearty style of eating a Bohri thal by visiting Kalyani Nagar in Pune over the weekend. You can even have a fatafati lunch of Bengali cuisine at Andheri west and celebrate Onam in typical Malayali style with a heartfelt of Sadhya meal at the end of the week.

Please note – These aren’t the themes for various restaurants in your city. Instead, you will be invited by a family from these parts of India, who will share stories about their food and culture along with their food, and might even become your lifetime friends!

This celebration of ‘unity in diversity’ of India has become possible because of a food start up called ‘Authenticook’, that offers cuisines from diverse regions through families in cities such as Mumbai, Bengaluru, Pune, Goa, Kochi, Jaipur, Udaipur and Delhi. 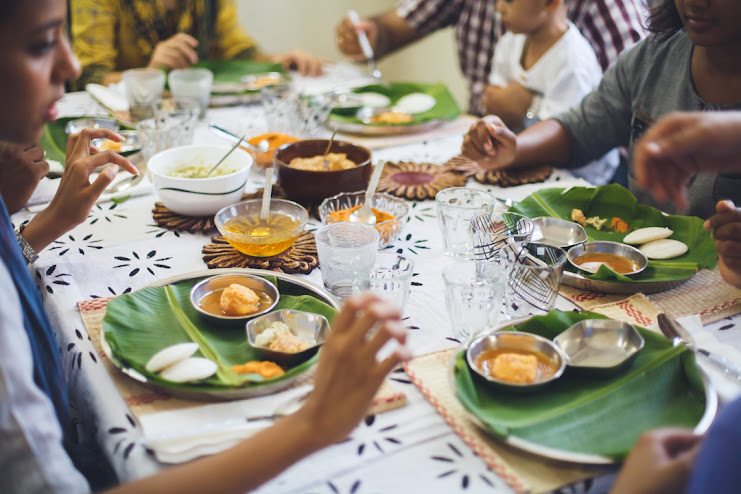 The idea emerged from a trip to Leh by three childhood friends, Priyanka Deshpande, Ameya Deshpande and Aneesh Dhairyawan.

The trio did their MBA together and were serious foodies. They would often think of launching their own restaurant where they could serve local cuisines from different parts of the country.

However, after finishing their post graduation, all of them bagged good jobs and became busy in their corporate lives. But one trip to Leh in 2014 changed everything.

“We were hunting for some Ladakhi food in Leh market. While a simple local meal would have been awesome, we only found burger and pasta joints instead. And that’s how the idea of diverse culinary experience closer home came into being,” says Aneesh.

After the trip, the trio decided to build a community of home chefs and launched ‘Authentic cook’ in September 2015.

“The idea was not just to sell food, but to sell experiences. There is enough diversity in India for people to explore. Food goes very well with culture, and it is a great way of bringing people together. That is the basic idea. People start respecting each other after they’ve broken bread together,” says Aneesh.

Ameya was the first one to leave his well-paying job as an investment banker in Deutsche Bank in September 2015, followed by Priyanka – who was working as a Corporate Banker in ICICI – and Aneesh who was a senior manager at Deloitte.

Just two years down the line, today the company has hosted 2300 diners and 350 experiences with over 42 Indian cuisines and has a strong community of 103 host families across 10 cities. 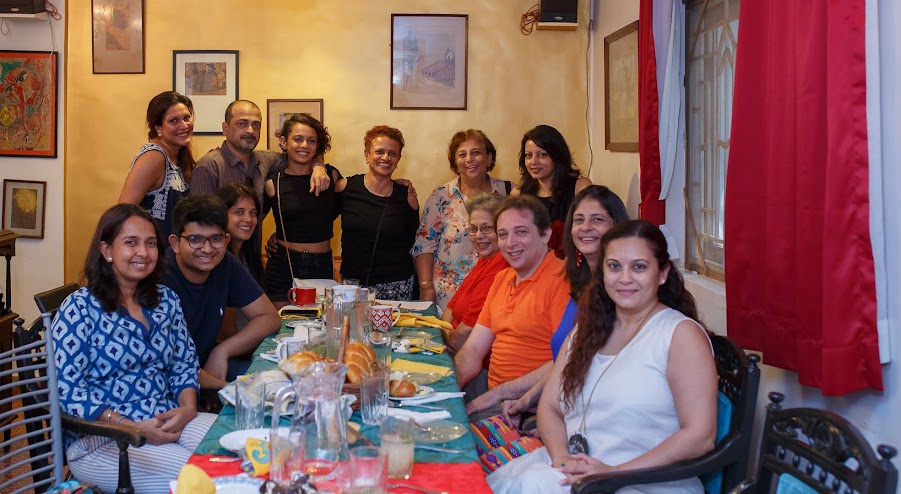 The company also received a funding of €200,000 from Booking.com, one of the world’s largest travel e-com companies recently and is planning to launch in Chennai and Kolkata soon.

Authenticook puts diners in touch with skilled chefs who serve meals in their own home. The cooks pick the time and price of each meal, while the guests can request the date.

Unlike other community dining sites, Authenticook doesn’t require a group booking, so users can even book a meal for one or two. It makes for a rich cultural experience and offers the chance to taste food that rarely makes it to restaurant menus.

“We believe food is a religion that transcends boundaries, regions, and prejudices. We have seen stark strangers become friends over meal experiences, busting their preconceived notions and understanding and respecting each other’s cultural differences.One may forget about the history, the monuments of the place being visited, but it is difficult to forget heart warming experiences around a good meal and great conversations with the people of the place being visited,” says Priyanka.

As most of the home chefs are homemakers who had taken a backseat in their career, the trio believes that this unique start up is also creating entrepreneurs out of these homemakers. 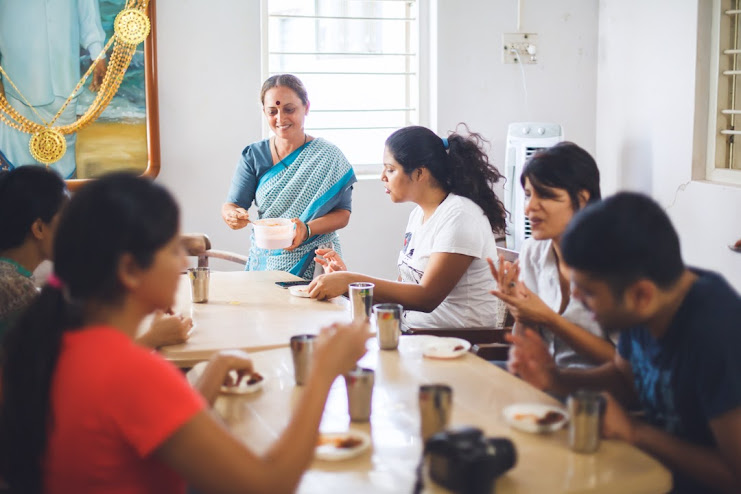 Many of these home chefs have now started their own catering business after getting a confidence boost by hosting guests from Authenticook.

However many of the chefs have regular jobs as well, who love to cook and invite people to taste their food. The initiative has also broken the ice between the stereotypical thinking about various communities for each other.

“One of our experiences is to do a meal with the Fisherfolks of Mumbai, the Kolis. We walk diners through the Koliwada, their village, and serve them an authentic meal at their home. The joy we see on the faces of people after the meal is done is priceless. Also, they speak to the Koli family about their life, their culture which makes them respect the community more. The Kolis love it as it is a new avenue to speak about the lesser known aspects of their way of life, the community which otherwise is just relegated to them being known as the ‘sellers of fish’,” says Annesh.

Here Aneesh is talking about Rajini who has been in Versova Koliwada for many decades. Rajini, now a grand mom, lives up to the tough character that Koli ladies have come to be known for.

Even today, you will see her at the Fish market, resplendent in all her glory with her two daughters who also stay close by in the Koliwada. Rajini is a home chef with Authenticook now and hosts a delicious Koli meal almost every week.

The increasing migratory population has also worked in favour of this venture as people are open to new experiences and willing to step out of their comfort zones.

People crave to have local food made by their mothers in another state where these cuisines do not even make it to restaurants. And on the other hand, there are people of the same community who miss having a meal of their favourite local cuisines together with the people who would relish it.

Imagine getting together with a Maharashtrian family for a Ganesh Festival feast with lots of modaks or relishing a Kashmiri wazwan sitting at Kochi or even savouring Bohri Thal together on the occasion of Eid! 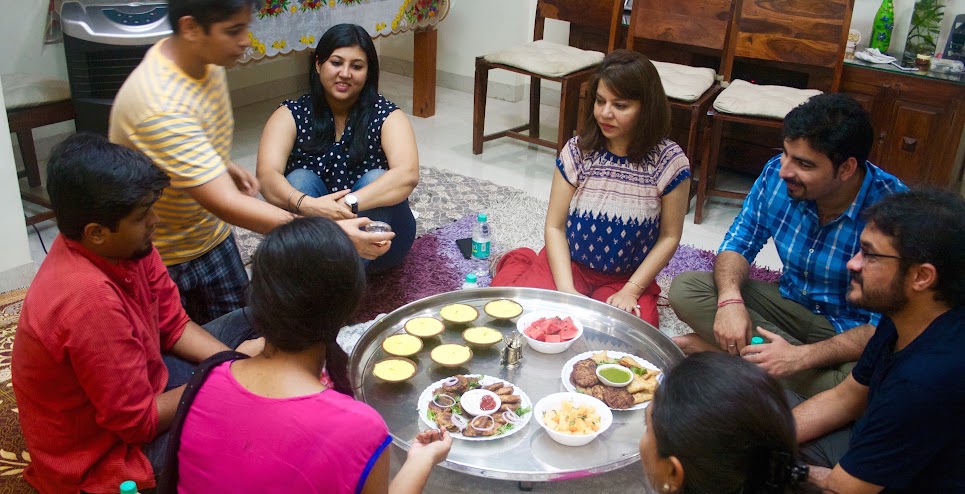 The experience also allows you to meet different people with different stories making it a memorable event.

“One of the awesome moments was during the “Lost Recipes of Kannauj” meal experience that we do in Mumbai. We had two separate groups of diners; the first group was four young guys in their early 20’s and the second group was an elderly couple. As it turned out, the senior gentleman was an alumnus of IIT Bombay from the 1966 batch,  and the four youngsters were from IIT Bombay 2014 batch. 48 years apart but the enthusiasm with which they spoke about the campus life, history etc. was fun to listen. It was a great moment in the sense that there are always ways to connect with people,” says Ameya.

The team says that 27% of their customers are returning customers and love to have the experience again and again.

“In an era where you can just pick up the phone and order something from home, it is amazing to see our guests taking efforts to travel to a new place, know a new family and connect with them over a meal. The mutual respect that you see in the eyes of both the guests and the hosts for each other after the meal makes us feel that we have achieved our mission,” says Aneesh.

You can book a meal at Authenticook by logging on to their website and Facebook page or call on 9819497968 for more information.