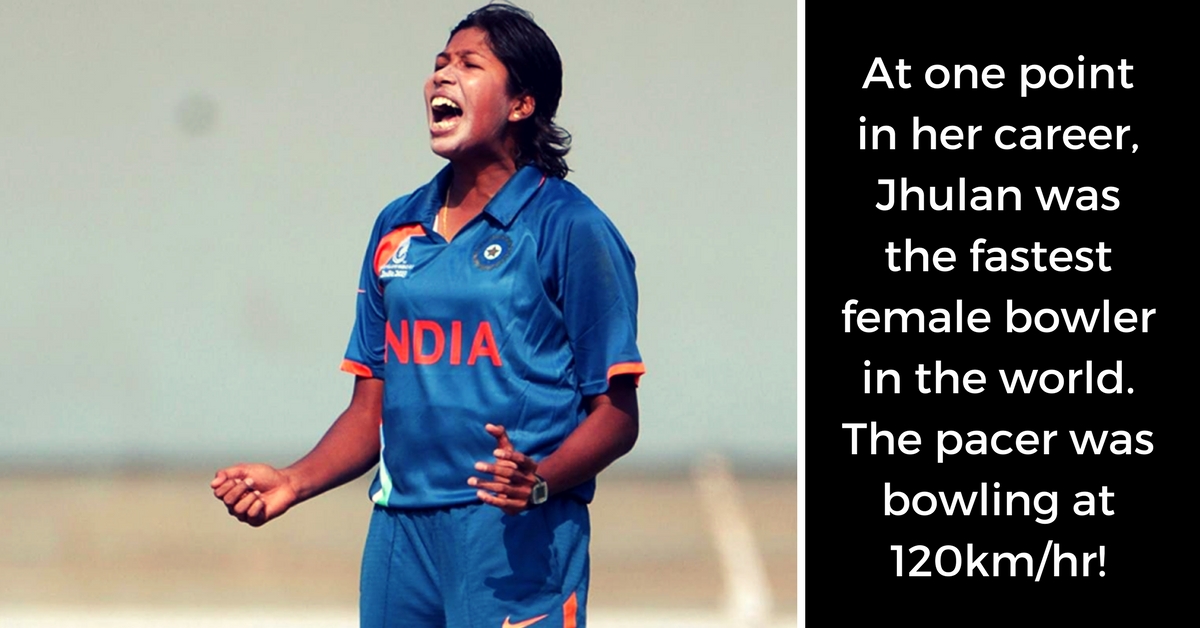 The versatile bowler had earlier achieved the title of the all-time leading wicket-taker in the world last year, when she claimed 181 wickets in 153 ODI matches.

On February 7, 2018, India make cricketing history when bowler Jhulan Goswami became the first woman cricketer to have an astounding 200 wickets to her credit in One Day International cricket .

Jhulan achieved the feat when she claimed the wicket of South Africa opener Laura Wolvaardt during the second one-day game of the three-match series at Kimberley.

The versatile bowler had earlier achieved the title of the all-time leading wicket-taker in the world last year, when she claimed 181 wickets in 153 ODI matches and officially overtook the previous record holder, Australia pacer Cathryn Fitzpatrick last year, who retired in 2007 after having taken 180 wickets during her tenure.

As the country celebrates this landmark achievement by the cricketer, here are 9 facts about Jhulan that will fill you with pride.

1) In 2007, she was the ICC Women’s Cricketer of the Year, one of the most prestigious awards given to cricketers. She received the award from none other than Indian cricketing legend, MS Dhoni.

2) Additionally, Jhulan has won a slew of other awards, including the Arjuna Award (2010) from the Government of India and the Padma Shri (2012) in recognition to her contributions to the game.

3) At one point in her career, Jhulan was the fastest female bowler in the world. The pacer was bowling at 120km/hr, striking terror in the hearts of her opponents.

4) Her passion for cricket was ignited in 1992, when she watched the Cricket World Cup.

5) During the 2006-2007 season, Jhulan was instrumental in the Indian cricket team’s victory over England in a pivotal test series.

6) As the Indian captain, she led the team to third place during the World Cup in 2010.

You may also like: This 9-Year-Old Cricketing Sensation Is All Set to Take Indore’s Under-19 Girl’s Squad by Storm

7) Cathryn Fitzpatrick was, ironically, one of the reasons she decided to pursue a career in cricket. Watching the former pacer in action with cricketing greats like Belinda Clark and Debbie Hockey, she decided to take up cricket more seriously.

8) Her early career was marked with a lot of struggle. Her parents did not think that cricket was an ideal career choice for their daughter and wanted her to focus on her studies. But she defied them and travelled 80 km to undergo training in Kolkata. In order to make it to practice on time, she would wake up at 4.30 am to catch the local train that would take her to the city.