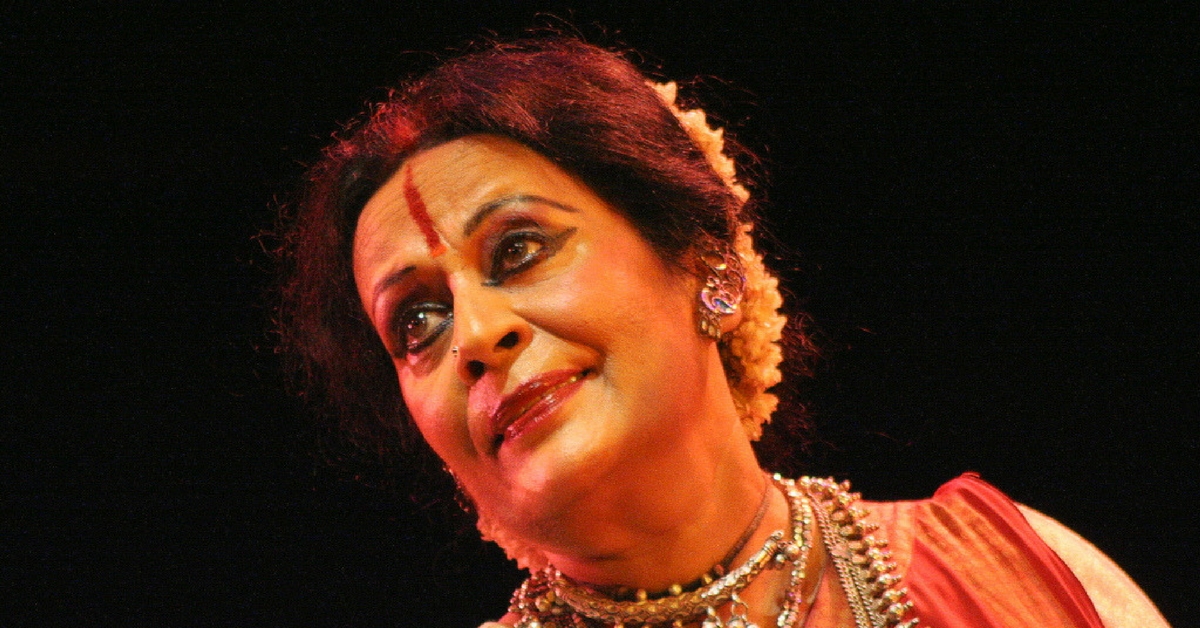 Indian classical dancer and Guru Sonal Mansingh has had many highs and lows in her life. A notable low was when she suffered major injuries in a car accident in 1974, but she refused to give in to despair.

Few of us know that Sonal Mansingh suffered debilitating injuries during a car accident in 1974, which almost ended her career as a dancer. Here are some excerpts from her biography, Sonal Mansingh: A Life Like No Other, that give us a glimpse into her courageous journey to recovery.

Excerpted from Sonal Mansingh: A Life Like No Other, with permission from Penguin India.

It was not the pain, overwhelming as it was, that seared her. She overheard one of the doctors tell Georg that it would take several months of physiotherapy before she could walk. Returning to dance seemed improbable. For Sonal, this was like having her pause buttons permanently pushed

“My mind was in a whirl of unknown fears, doubts, and ominous signals. Images of my own dances on prestigious stages of national theatres and opera houses kept flashing before my eyes. Was all this just a bad dream?”

It was a frozen time for her, and newspapers, magazines, and radios the world over carried obituaries to her career in dance. Letters, messages, and telegrams poured in from known and unknown people and places. Indira Gandhi’s was one of the first, asking her to keep her chin up. “India prays for you,” read the message in her telegram.

Pierre turned her room into an intensive care cubicle, beginning his diagnostics with a bunch of x-rays. A couple of days into his investigations and after holding consultations with leading orthopaedics and surgeons on the exact damage to the vertebrae, he stood at the foot of her bed looking rather grim. “I am afraid,” he said with a dramatic pause, and as if fearing the worst, she looked into his warm, compassionate, deeply intimate, blue eyes, her own welling with tears, “I am afraid that you will be able to dance again.” Even though she was crying, nothing could dilute the adrenaline that Pierre’s simple words generated. The days spent in despair paled to monochrome in an instant, ready to be filed in neatly in her catalogue of memories, and pushed away.

“Sensing what I was going through, Pierre caressed my hair and held my hand, which he was to hold all through the arduous journey back to a life of dancing. ‘But it will be hard work, Sonal,’ he said. ‘You will have to promise to follow everything I say.’ I was ready to stand on my head if he delivered on his promise.”

More importantly, Sonal promised herself that no matter what it would take, she would reclaim her life. This was the beginning of the process of what she loves to call her ‘second birth’. In a letter addressed to Kumkum on 18 September, Sonal wrote with her characteristic cast-iron self-assurance. “Contrary to very annoying newspaper and radio reports, the doctors assure me that I can go back to the stage after six months, but make no secret of the patience and discipline it will require. I hope I have both in adequate measure and praise my destiny that the accident has treated me the way it has, since I hear that even a slightly different angle during my fall could have paralysed me.”

Sonal could not bend or lift even her toe without wolf-howls but had to follow a rigid protocol set by Pierre. Slowly she graduated to being propped up in bed. Anuj, her brother, dispatched from Bombay by her parents, was her chief nurse during this time.

Months of gruelling physiotherapy followed under Pierre’s supervision. It was a Herculean task to get her muscles, which were in a state of stasis, to move. Pierre began with three-minute slots, increased them to five minutes and then one hour, thrice a day. Extreme pain used to tear through her body every time she tried to lift a limb. But she persevered, and six months after the accident, began to take baby steps. Even getting her legs to bend for the armandi seemed really difficult initially, but as Paulo Coelho said in The Alchemist, “And, when you want something, all the universe conspires in helping you to achieve it.” And that’s what happened eventually.

After many faltering wobbles, her torso, hips and legs remembered what they had to do. She began training seriously to the pounding beats of taped music, sometimes not even breaking for tea or lunch, getting her teeth into ‘full items’ with a sense of absolute madness and grit, bringing out recordings of her programmes in old-fashioned tapes winding on a spool on a Grundig recorder. A letter written to Kumkum on 22 February 1975 says it all: “I am dancing again! Bless my stars and bless my doctor. He is an absolute angel. It seems I have made case history and my x-rays are sent now to universities and clinics for study! I do vigorous exercises, yoga, and have begun to dance from last week. You ask me about my routine—well, lots of work on myself, receptions, dinners (at home and out), friends, music and books.”

You can buy a copy of the book here to read more.