The fire officials rushed into the burning building and carried the children to safety.

When a fire broke out at a rehabilitation centre for specially abled children in Ghaziabad, things could have gone tragically wrong very fast. However, due to the diligence shown by fire officials, nearly 90 children who had been trapped were rescued with no major injuries.

It was an electrical malfunction that led to the building suddenly being engulfed in thick smoke and fire. The rehab centre, which has multiple floors, was at that time housing close to 90 children in various rooms  as they went about their day. When the fire broke out, the authorities who run the centre, tried to assuage the situation with the fire extinguishers that had been stocked in the building.

They also immediately placed a call to the fire officials for help as the children were trapped on various floors. 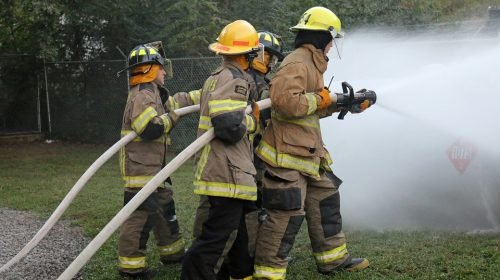 With more than 20 firemen and officials part of the rescue operation, everyone rushed into the building and had to personally carry the children outside to safety. There were children who had been trapped on the top floors because the fire had blocked all the staircases. In their case, the firemen reached them and shifted them to the roofs of neighbouring buildings in order to ensure their safety.

Ajay Sharma, fire safety officer, Vaishali, spoke to the Hindustan Times noting, “They were picked up by firemen and taken out amid fire and thick smoke that engulfed the building. It was due to their efforts that no untoward incident happened and all children were safely rescued from different floors.”

You may also like: They Walk In Fire to Save Us. On National Fire Service Day, This Firefighter’s Story Is a Must Read!

The swift and meticulous operation meant that every child got to go back to their homes safe and sound that day.