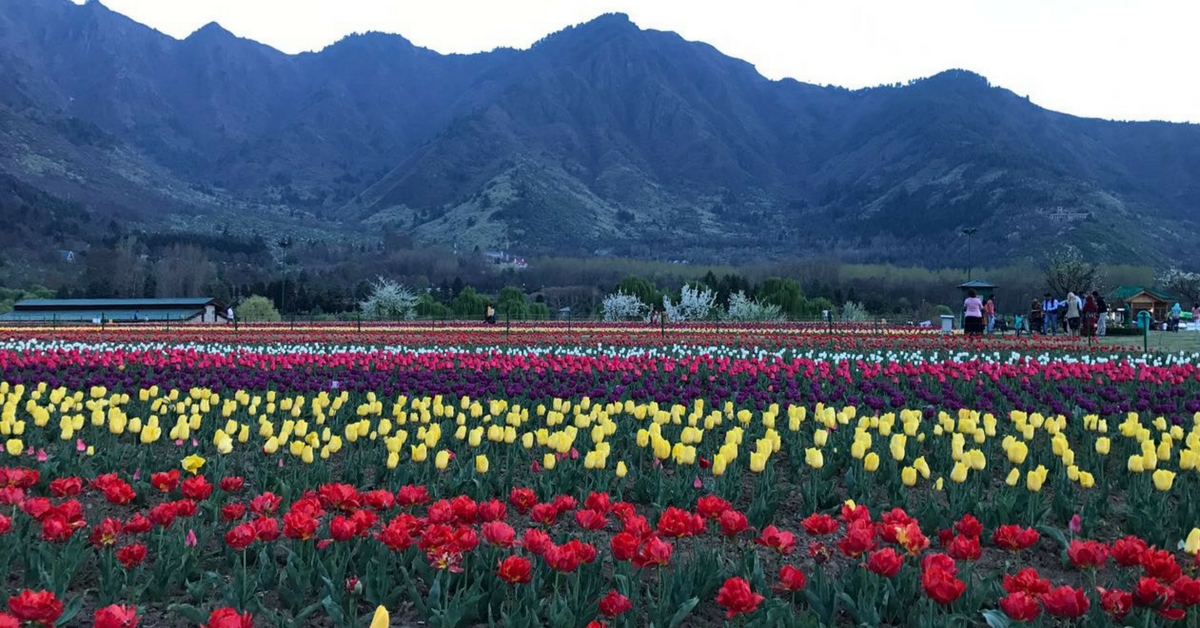 Tulips and the ever-so-famous gardens of Holland go hand in hand. But did you know that the flower is said to have originated closer home in the Hindu Kush mountains?

Think of tulips and the mind immediately goes to Holland and the ever-so-famous tulip gardens near Amsterdam. However, the centre of origin of tulips is believed to be the Hindu Kush mountain range from where Babur, the founder of the Mughal Empire, is believed to have brought them to India and the rest of Asia.

Asia’s largest tulip garden, in Srinagar, was opened to public on April 1 this year. Since 2008, the Spring Festival of Kashmir, Bahaar-e-Kashmir, kick starts with the opening of this garden. Though the tulip festival is supposed to be for only 15 days, the flowers in the garden are in bloom for a much longer time as early flowering varieties as well as late-flowering varieties are planted in alternate plots to keep the flowering season extended.

Almost every year, the tulips in this garden are in bloom right through the month of April and into the first few days of May.

“The Indira Gandhi Memorial Tulip Garden is located in what was earlier known as Siraj Baug. The majestic Zabarwab range gives this colourful garden the perfect backdrop and the garden overlooks the picturesque Dal Lake of Srinagar. This makes it the ideal setting for many movies and advertisements” says Mahmood Ahmad Shah, director of J&K Tourism.

It is spread over 76 hectares and boasts 48 varieties of tulips growing from over 1.5 million bulbs.

Siraj Baug, was once famous for only its hazelnuts and apple orchards, now hosts a colorful ensemble of tulips too, which have been planted in the vacant plots.

The tulips are spread over seven terraces in the garden and bear quirky names like Laptop, Kung Fu, Blushing Lady, Blushing Apeldoorn, Ilede France, Jan Seignette, Margaritta, Hocus Pocus, Largo, Cape Holland, Avignon and Charade, to name a few. Most of the hybrid varieties and the genetic material have been procured from Holland.

Using the process of vernalization, the bulbs of these beautiful temperate, mountainous flowering plants are transported across the world.

“Tourism is a very important activity in Kashmir,” says Mahmood. “Though the tulip garden is taken care of by the Floriculture Department of Kashmir, ever since the garden has been added onto the tourism map of Srinagar the Department of Tourism has taken it upon itself to help increase the numbers of visitors to this garden.”

Every year, the Department of Tourism comes up with interesting ideas to increase tourist footfall. Though the entry fee to the Tulip Garden is a minimal Rs 50, the department has tied up with Go Air from this year onwards, giving its passengers free entry into the garden.

Tulip bulbs have also been planted in popular destinations like Pahalgam and Gurez to woo visitors.

All the gardens in Kashmir, and particularly in Srinagar, have had tulips for centuries now. These flowers grow wild in the mountains and the Mughals are said to have had an eye for beautiful flowers. However, the exclusive garden for tulips was only set up when the need for improving tourism in this belt became imperative.

Due to heavy snowfall and rains in March and April 2017, the weather has been conducive for the tulips to survive for a longer period. Even now, the tulip garden is in full bloom, thanks to the climatic conditions prevailing in Kashmir.